Skip to content
An Interview with Channel One: Zero Density Solutions for News Broadcasting

An Interview with Channel One: Zero Density Solutions for News Broadcasting

An interview with Anton Philippov, CTO of Channel One news department, dated October 2021. The original interview can be read in Russian on MediaVision magazine on page 16.

In 2020, Russia’s Channel One started using Zero Density solutions for preparing and broadcasting news programs. Anton Philippov, CTO of Channel One news department, tells what systems are used and how the Department has decided.

Today the Channel One news department has three studios. The largest two (Studio 1 and 3) are equipped with Zero Density hardware and software.

Studio-1 broadcasts news programs, including “Evening News” and “Time”. Zero Density’s solutions are installed on two cameras mounted on robotic telescopic Technodolly cranes with tracking based on cranes’ encoders. Also, in conjunction with a large LED screen, the Portal Window solution is used, providing the interconnection of graphics objects with a videowall with augmented reality objects in the studio. This application allows the creation of a virtual portal between the studio and a space drawn inside a videowall. Now, the possibilities of Zero Density system installed in Studio-1 are being extended. In particular, one more Reality Engine is installed. Production space of Studio-1 consists of a stage of former Ostankino concert studio (near 165 sq. m) and Newsroom placed in an amphitheater of that historical hall (600 sq. m). Zero Density system in Studio-1 is used for both live on-air in addition to record-to-tape.

Studio-3 has another Reality Engine installation and is about 136 sq. m. We’ve reconstructed the studio and turned it into a space for combining real and virtual sets. Channel One rebuilt the entire studio space to create new functionality: A new cyclorama of a complex G shape and 15×9 m in size was built and equipped with additional Dedolight lighting fixtures. Four studio cameras were equipped with Mo-Sys StarTracker IP tracking system dedicated to position defining and orienting a camera in cyclorama space and gathering lens zoom and focus data. Each camera is connected to Reality Engines. Studio-3 serves for recording the programs produced using large labor-consuming virtual sets.

How does the audience respond to Channel One shows enriched with virtual graphics?

I can state that I have no certain data on that subject. But we think that visualization of information through virtual space is a demanded solution, and we will continue our development in that direction. Also, I believe that those technologies are future-proof. Especially we should keep in mind that attracting a young audience now is possible not only by intelligent and presentable anchors, who can professionally tell stories but by what surrounds them in a studio space to support these stories. Furthermore, virtual technologies allow fast-changing of a studio set or adding virtual elements to the existing physical sets, making broadcast more appealing visually.

When was the first time you heard about Zero Density?

For the first time, we got aware of Zero Density in 2017-2018 while attending the industry shows of NAB and IBC. The booth attracted our attention, like booths of competitors did, however. The idea of using virtual technology was being discussed, and we were interested in taking that direction of broadcast development.

The analysis of numerous options and the process of decision-making had taken nearly two years. Finally, we chose Zero Density because, from our perspective, their solution provides the best image quality combined with control convenience. Game engine use was also crucial since many paid and free virtual objects are available in digital libraries. Zero Density was a pioneer in using Unreal Engine in professional TV production. Those are the reasons behind our decision. 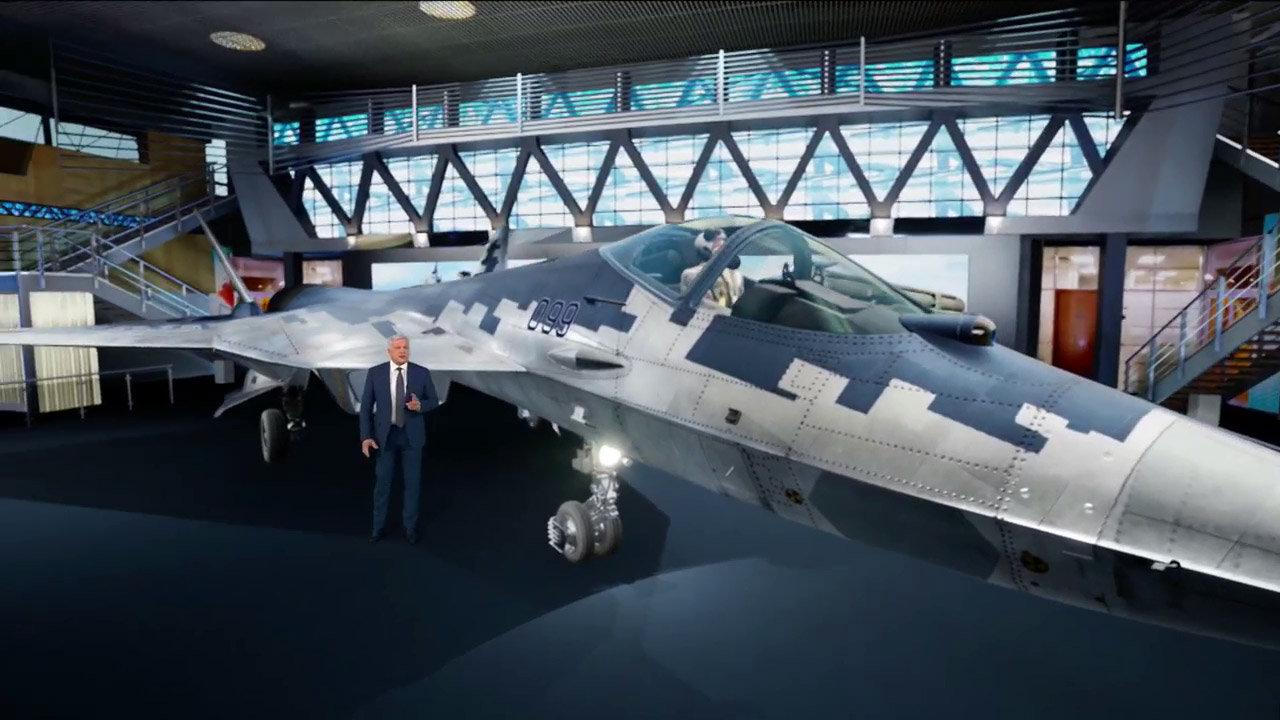 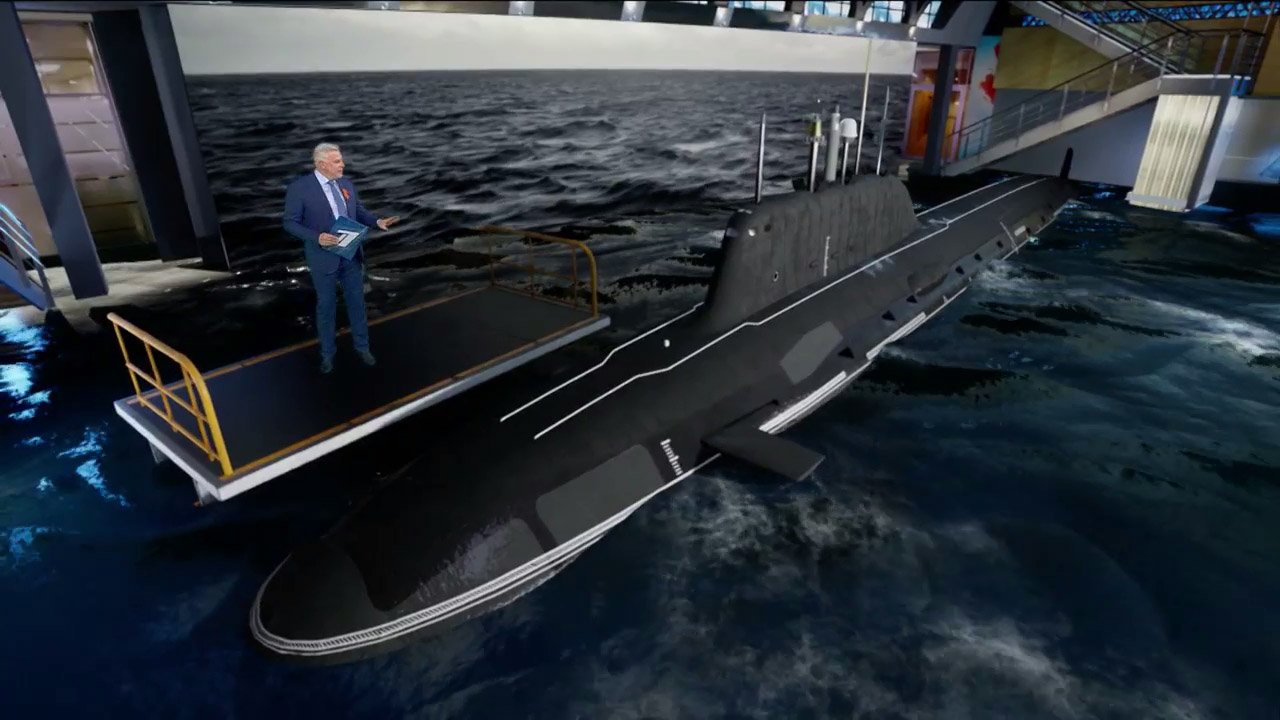 When did Channel One start using its virtual capability?

We kickstarted the projects in July 2020. Primarily, the daily programs of “Evening News” and “Time” started broadcasting with Reality. The first three weeks included timid steps, but today, the news programs produced using Zero Density are aired almost daily, both live and recorded.

The question of learning the system is interesting as well. As a young company, Zero Density is flexible and produces many new solutions and software updates. Even within one year, there are numerous new updates. Also, the education in our staff has not stopped. We are modernizing the system step by step and educating our staff on Zero Density products. This area requires a lot of self-education and motivation.

It is worth remembering that integrating Zero Density system into Channel One workflows took place during the time when COVID was at its peak in 2020. Initial training of specialists was in person, and then it was necessary to shift to an online seminars format. This shift was not easy.

From my perspective, I consider Zero Density solutions to stand on the junction of the hardware, software, and the creativity of artists working in Unreal Engine space. The pandemic, no doubt, affected our plans, leading to a prolongation of training and deployment terms. But on the other hand, changing from sprint to marathon, our team has gained experience with the training. I see that Channel One specialists explore the system more and more confidently because they trained in across-the-board broadcast mode longer than planned initially.

The Reality ecosystem itself is fascinating and has vast potential. Since Channel One staff had shown interest in the system, such as IT engineers, designers, and directors, I’d say that in general, Zero Density learning process was not complicated. 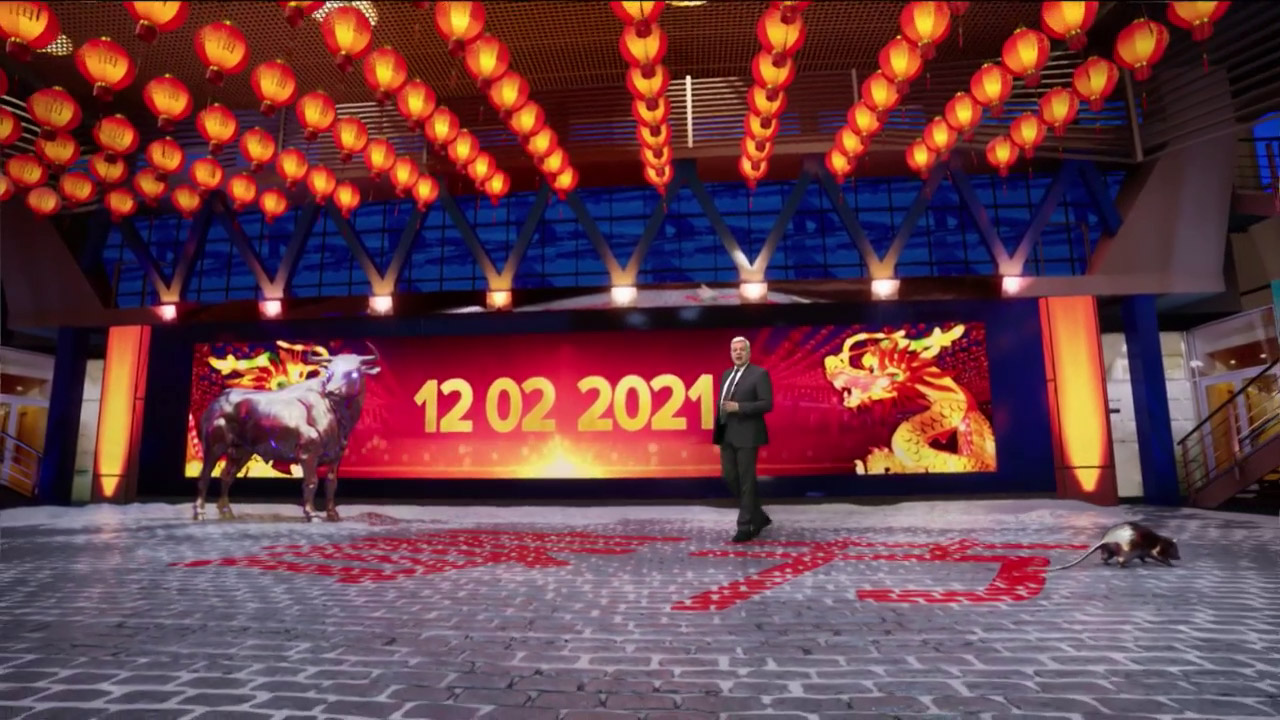 What is installed in the Studios?

Generally talking about the solutions installed, we use Reality Engine systems as the central platform alongside Reality Editor applications for virtual objects creation and processing. Creating assets on Editor allows us to maximize the exploration efficiency of studio space, objects, and virtual sets preparation. Recently we have shifted to RealityHub, and we are sure that was the right step. Now, we are waiting for Zero Density regular updates and integrations on RealityHub.

Also, I’d like to mention that the Zero Density solution is quite versatile. Information broadcasting of “Channel One” is diverse – it contains politics and economy, social and private life, sports, weather, and much more. And the possibilities of Zero Density are so broad that the system can be applied to any subject, and we use it that way. Visualizing a space with the help of Zero Density we talk about totally different news. Of course, we also used Zero Density solutions while covering the elections of the Russian Parliament that took place last September. 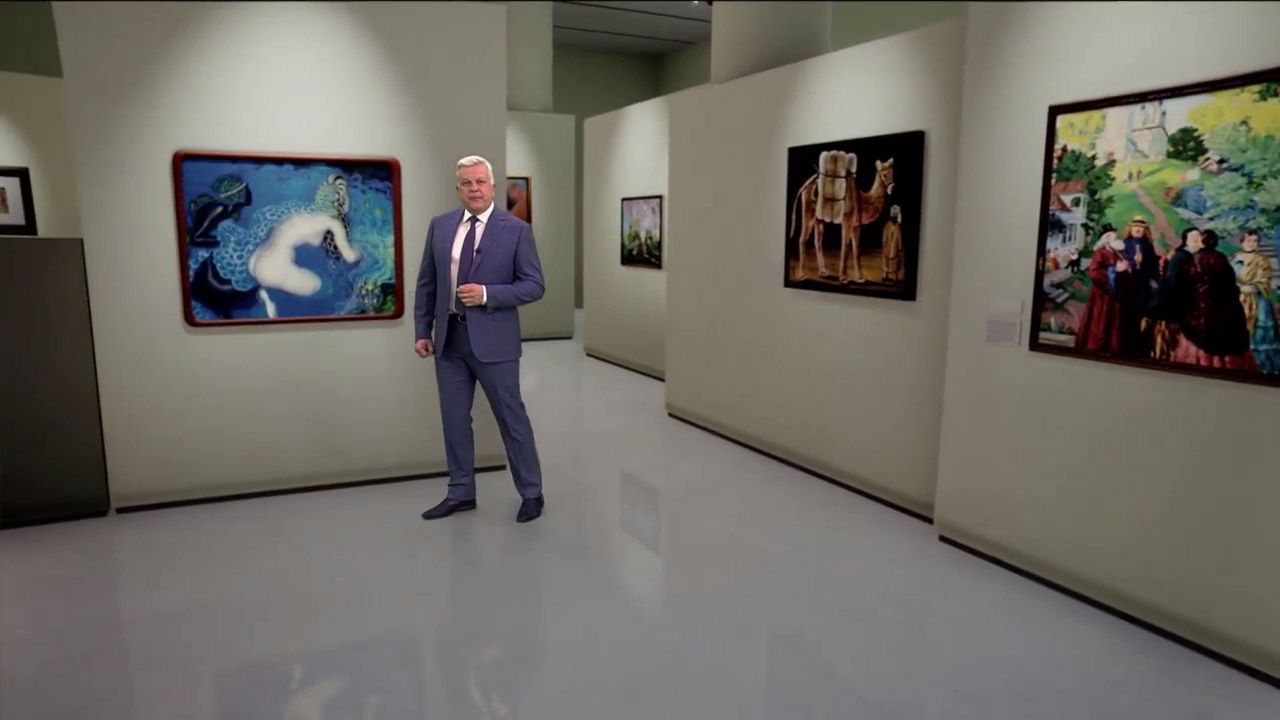 What is your recommendation for other broadcasters?

It is evident that virtual and augmented reality technologies will be used widely in TV broadcasts. Based on the experience of working with Zero Density, I’d recommend to those thinking over the deployment of these technologies to evaluate their creative possibilities first. And that applies not only to Zero Density but to alternative solutions too. The technical possibilities of today’s systems used in TV production are often a step or even two beyond the creative potential TV channels have. That is why I would like to emphasize raising the creative level of designers and educating the IT staff. In conjunction with the high technological level of Zero Density, only this approach will give the desired result. We went exactly that way – educated and keep educating creative specialists.

Finally, I’d like to say that I like the team of Zero Density, consisting of really passionate people. It is fascinating to work with such young and ambitious -in a good way- companies. As a result of these qualities, combined with efficient technological solutions I’ve seen in Zero Density, a collaboration has happened and become successful. 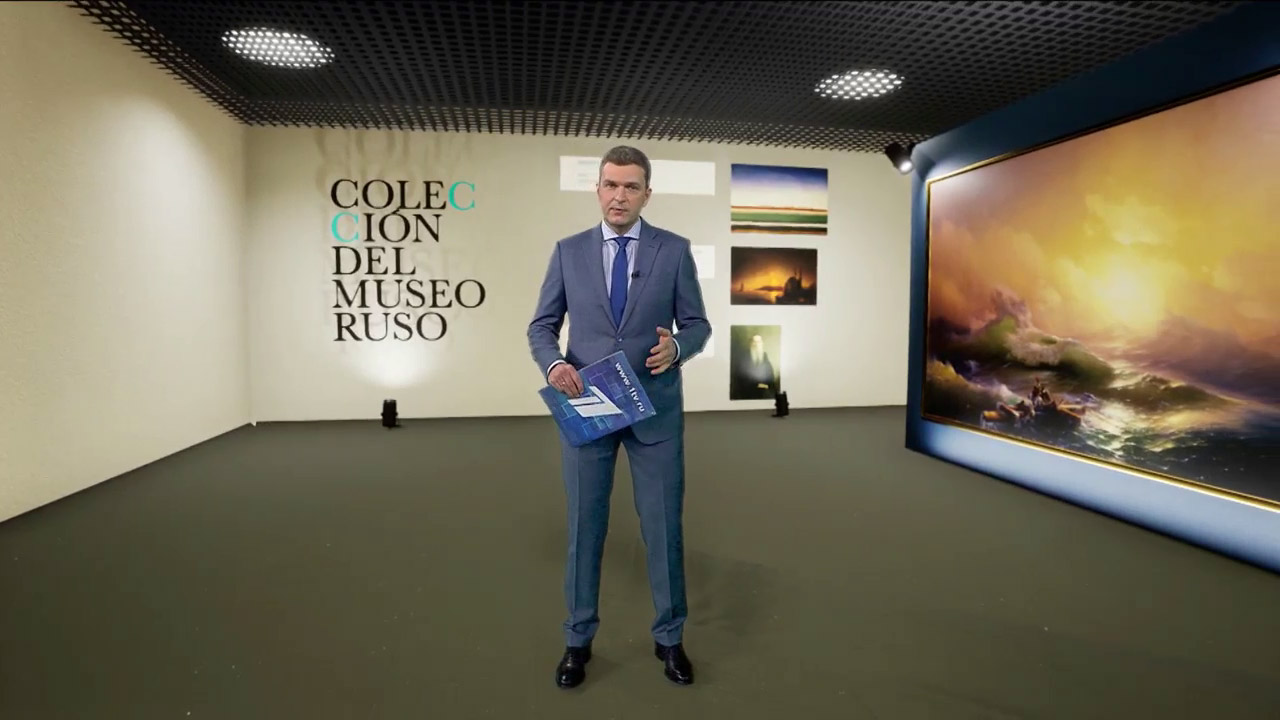