“The new studio can compete in every respect with civilian video and TV production facilities. The many new tools offer us completely new possibilities in front of and behind the camera.”

The Bundeswehr (the unified armed forces of Germany and their civil administration and procurement authorities) have decided to renovate their old studios and obtain the latest virtual studio and augmented reality technology available. Zero Density’s regional partner KST Moschkau led the complete implementation.  The brand-new studio is highly-automated and 4K-capable for video production. The studio set up includes the Varicam LT, KST UR10BC robotic arms and Reality from Zero Density.

The handover of the virtual studio by the BAAINBw (Federal Office for Equipment, Information Technology and Use of the Bundeswehr) to the ZOpKomBw (Bundeswehr Operative Communication Center) opens up completely new possibilities in moving image production.

“We can control three cameras in the virtual studio using a robotic system. In combination with the virtual system, extreme photo-realism and excellent production performance are possible, ”said Sergeant Major Arenz. “We are now able to create a maximum interaction between the presenter and the virtual in the video production.” In the future, the soldiers will work with the state-of-the-art system.

For example, the camera robots can be programmed to follow the presenters closely at certain distances and angles. On the six by six meter green area, pictures or videos can be displayed virtually in the background. The entire structure is comparable to the evening news show. In the ” Control Room Area”, which connects to the studio, the four main operational areas are set up: graphics, sound, image technology / mixing and automation with the appropriate operator, measurement and monitoring technology. This is where the most advanced real-time VR technology currently available on the market comes into play. (Reality).

Ceremonial Handover at the ZOpKomBw

With the handover in the Oberst-Hauschild barracks in Mayen, an important new stage for the media technology of the German Armed Forces is reached. In his speech, Colonel (ret.) in the General Staff Service Dr. Stefan Gruhl, Commander of the Bundeswehr’s Centre for Operational Communication, praised the excellent cooperation between all those involved. 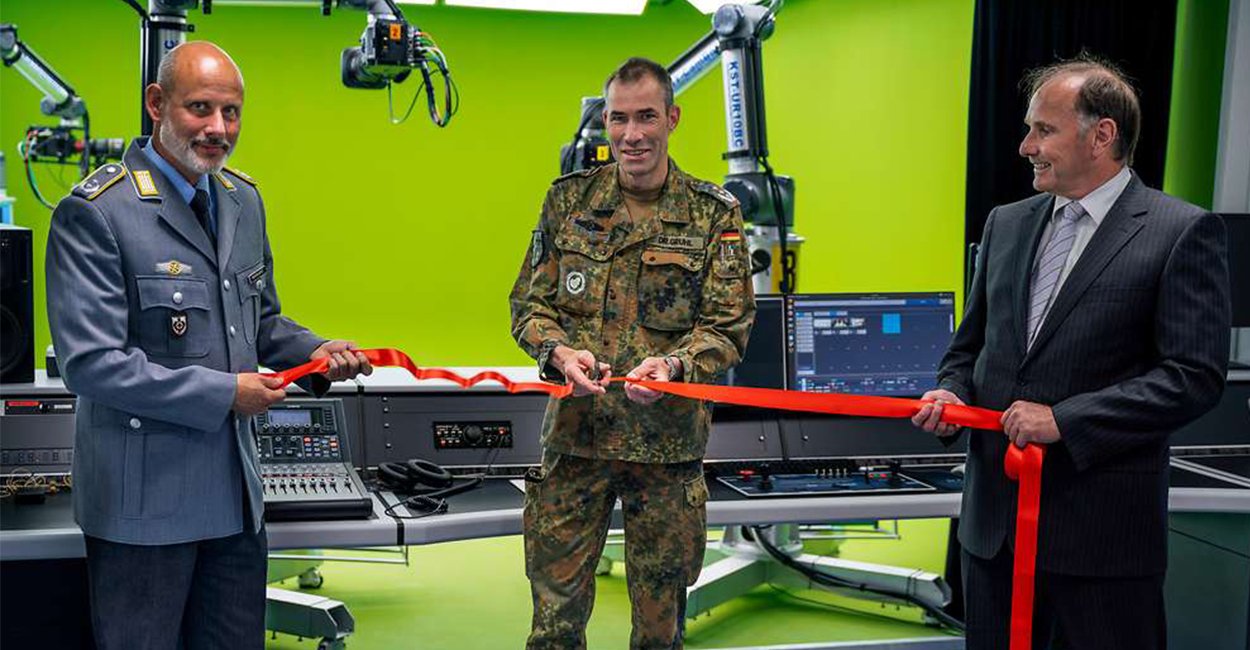 The project management in the Federal Office for Equipment, Information Technology and Use of the Bundeswehr (BAAINBw) faced various challenges in realizing the project. Among other things, so-called partial renovation measures of the old studio were planned and implemented. It was particularly difficult shortly before the handover: “Due to short-term rescheduling, the entire studio had to be converted into another building and put into operation within just three months,” says Matthias Wobbermin, the senior technical director. The experienced consultant from the BAAINBw partially managed this task during ongoing operations. In the meantime, the personnel were trained and briefed on the new system.

With the new virtual studio technology at ZOpKomBw the age of virtual and augmented reality has arrived in the Bundeswehr’s own media facility. In the next few years, it will certainly be used in other central production facilities of the Bundeswehr. 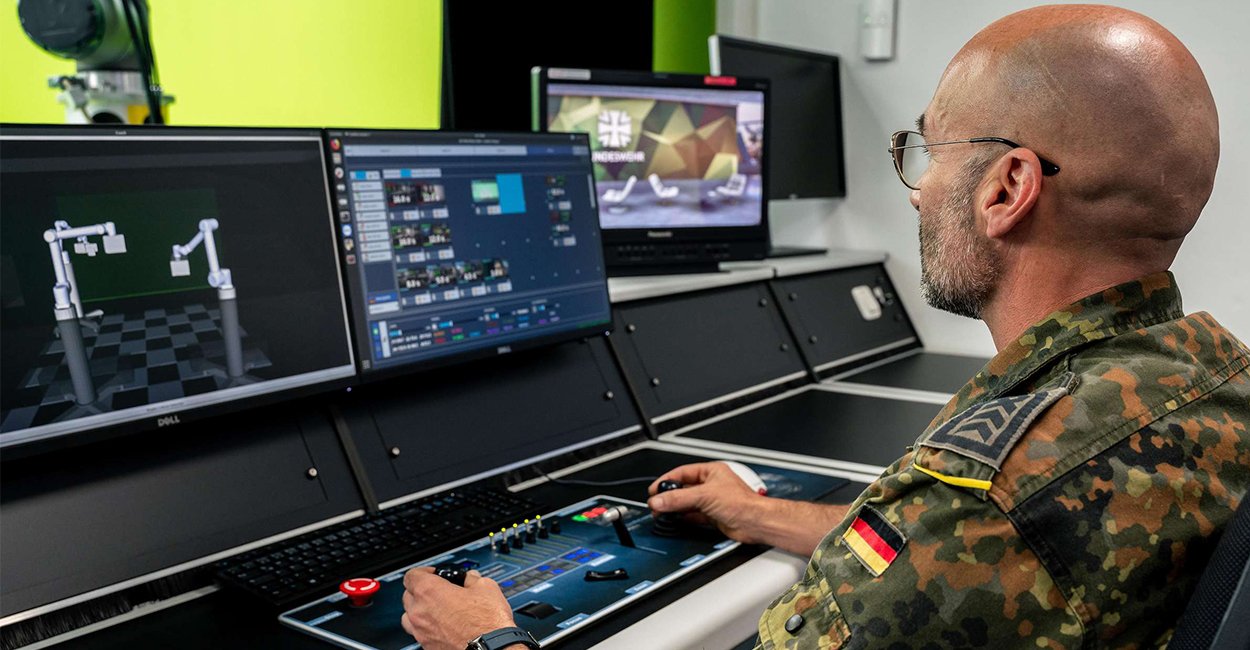 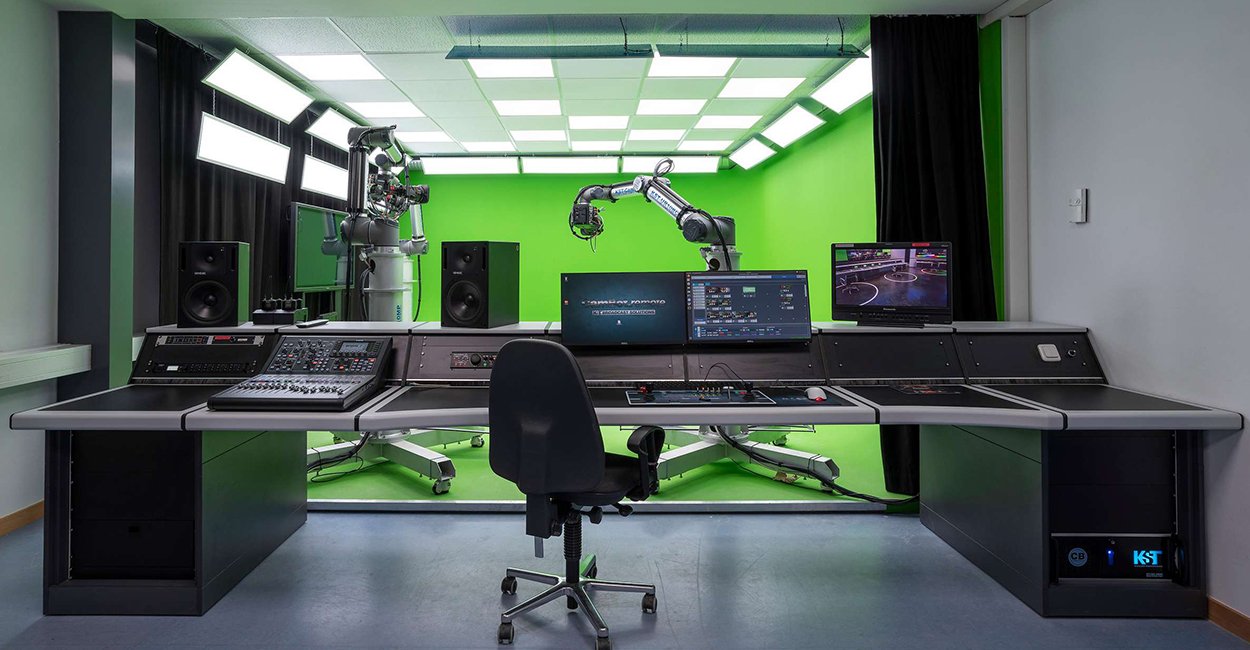 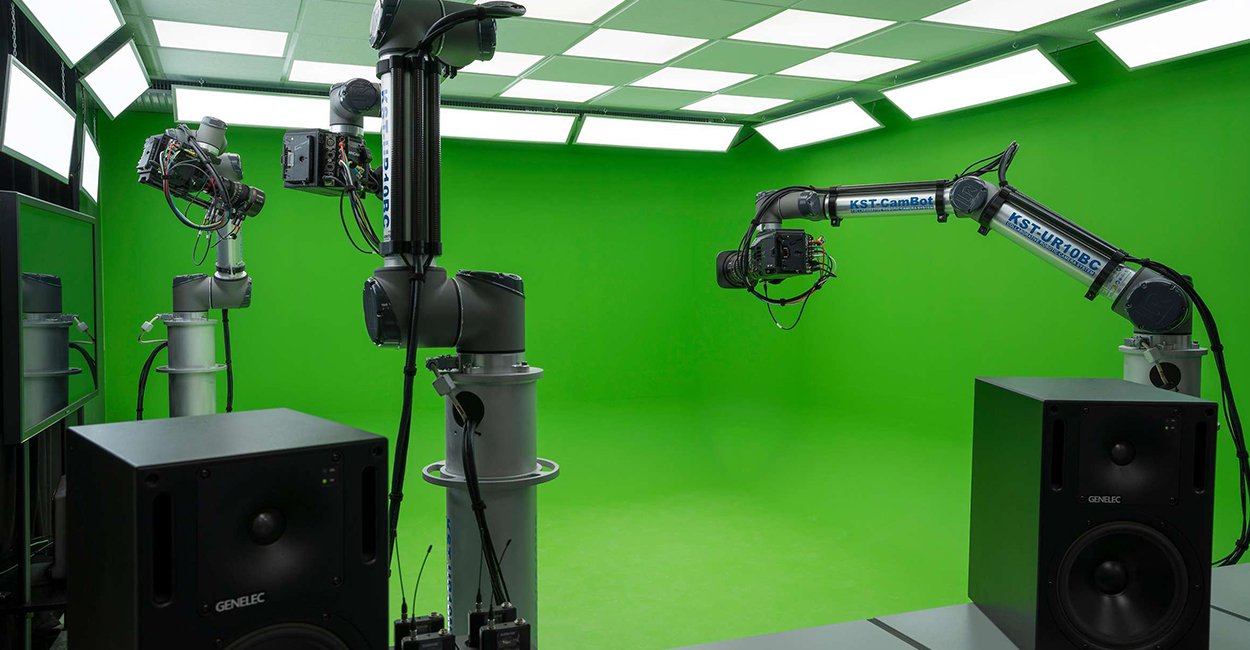