A Forecast for Real-Time Graphics

At one point or another, we’ll all find ourselves talking about the weather. But as climate change makes extreme flooding, hurricanes, and storms more frequent, tuning into a forecast can do more than simply provide a topic of conversation. It could save your life. 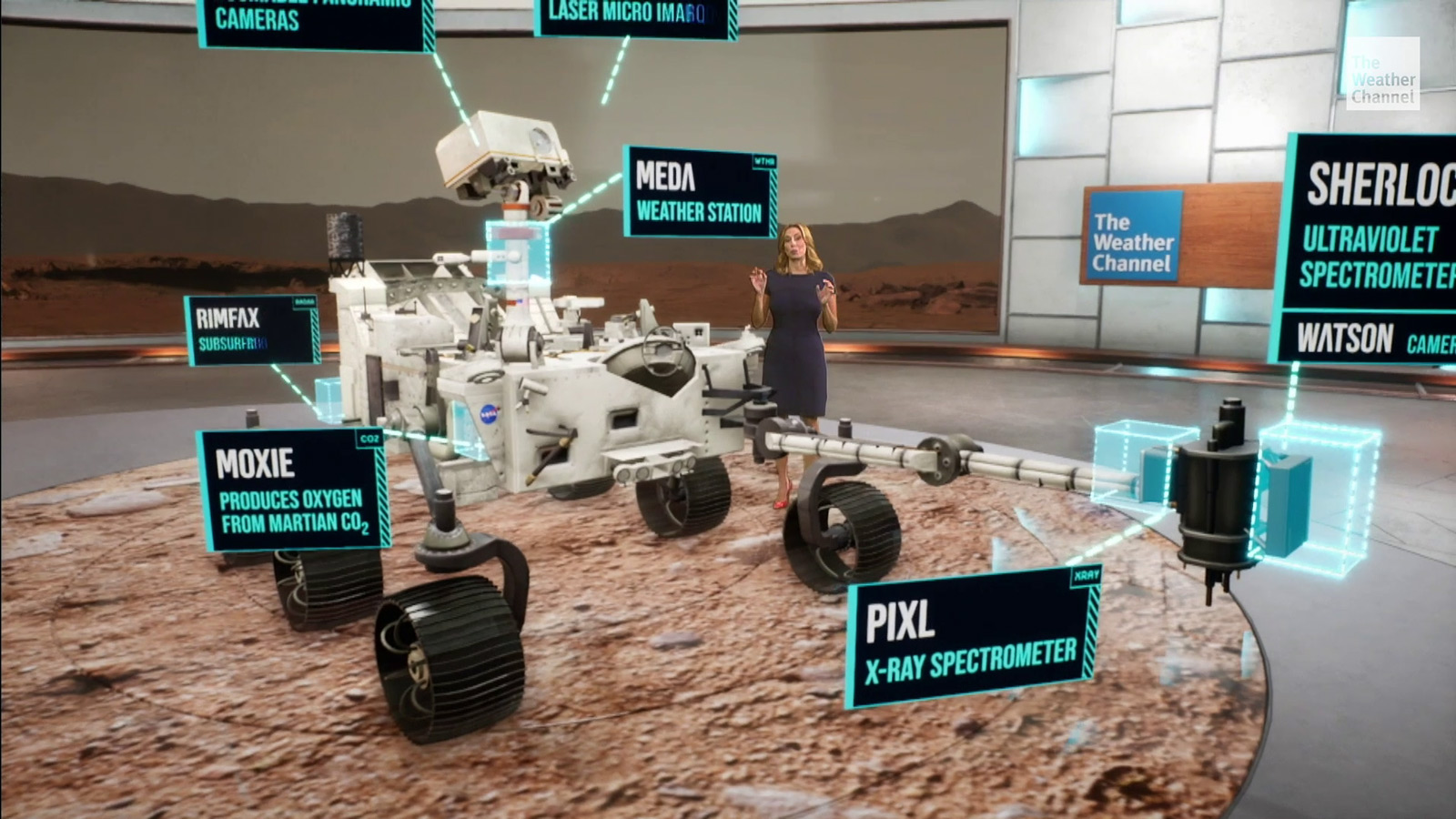 That means delivering attention-grabbing weather information is crucial: something the team at The Weather Channel knows better than most. For 40 years, the network has brought US viewers expert weather forecasts and analysis—but in 2018, the company wanted to do more. In order to tell richer stories, as well as provide deeper education on disaster forecasts, the company began creating immersive mixed reality experiences.

The challenge was each experience took meaningful time to plan, and only some were broadcast live. That’s when The Weather Channel decided to integrate Zero Density’s virtual studio and augmented reality technology, which is based on Unreal Engine, into its pipeline. Design pioneer Myreze teamed up with The Weather Channel and together, they created a virtual world that pulls the outside environment into the studio. The result was the company’s mixed reality studio, which enables presenters to seamlessly move between real and virtual worlds. Whether they need to show the weather across the country or even step into space to talk about a major storm approaching, it can all now be done completely live. 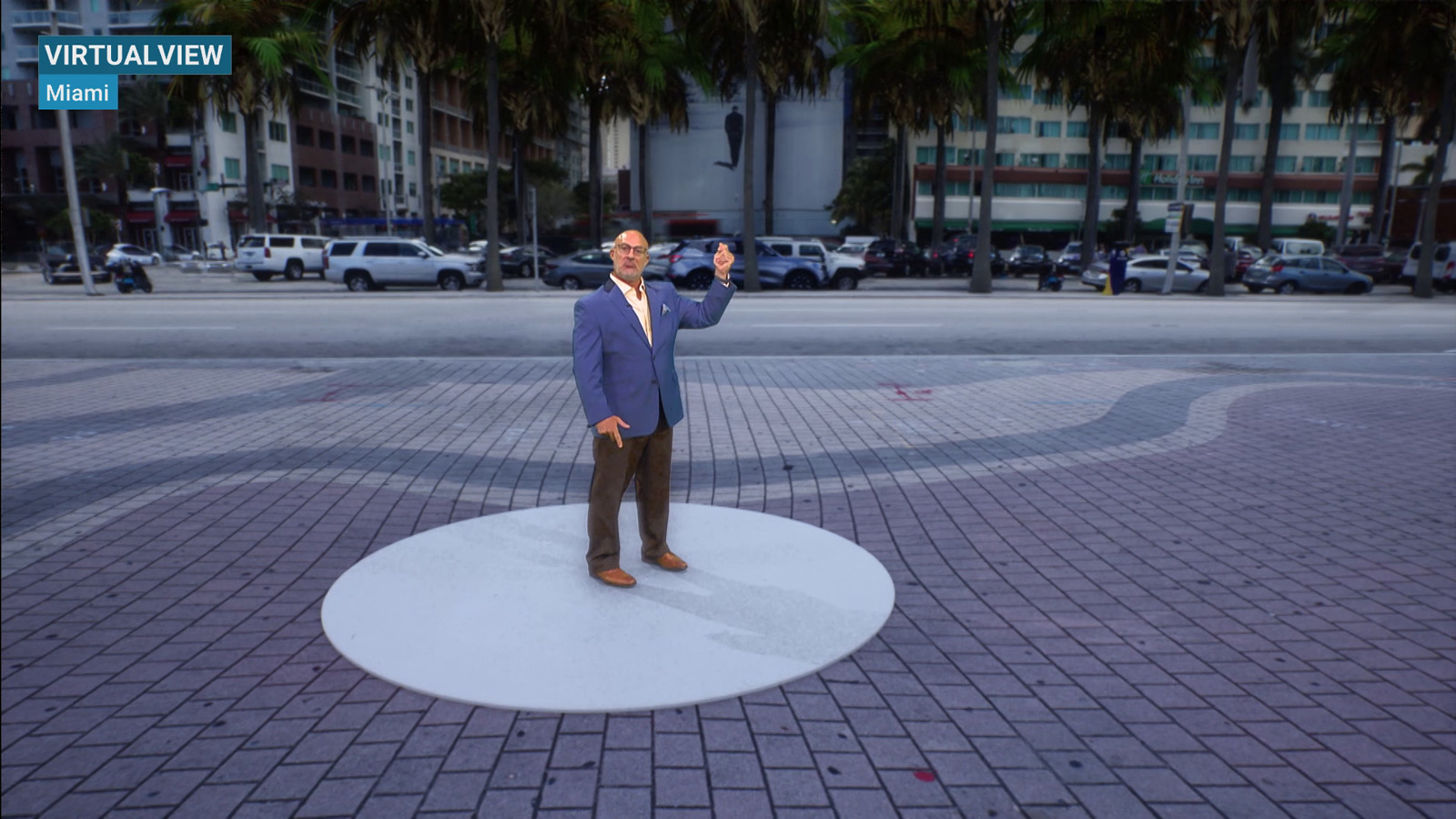 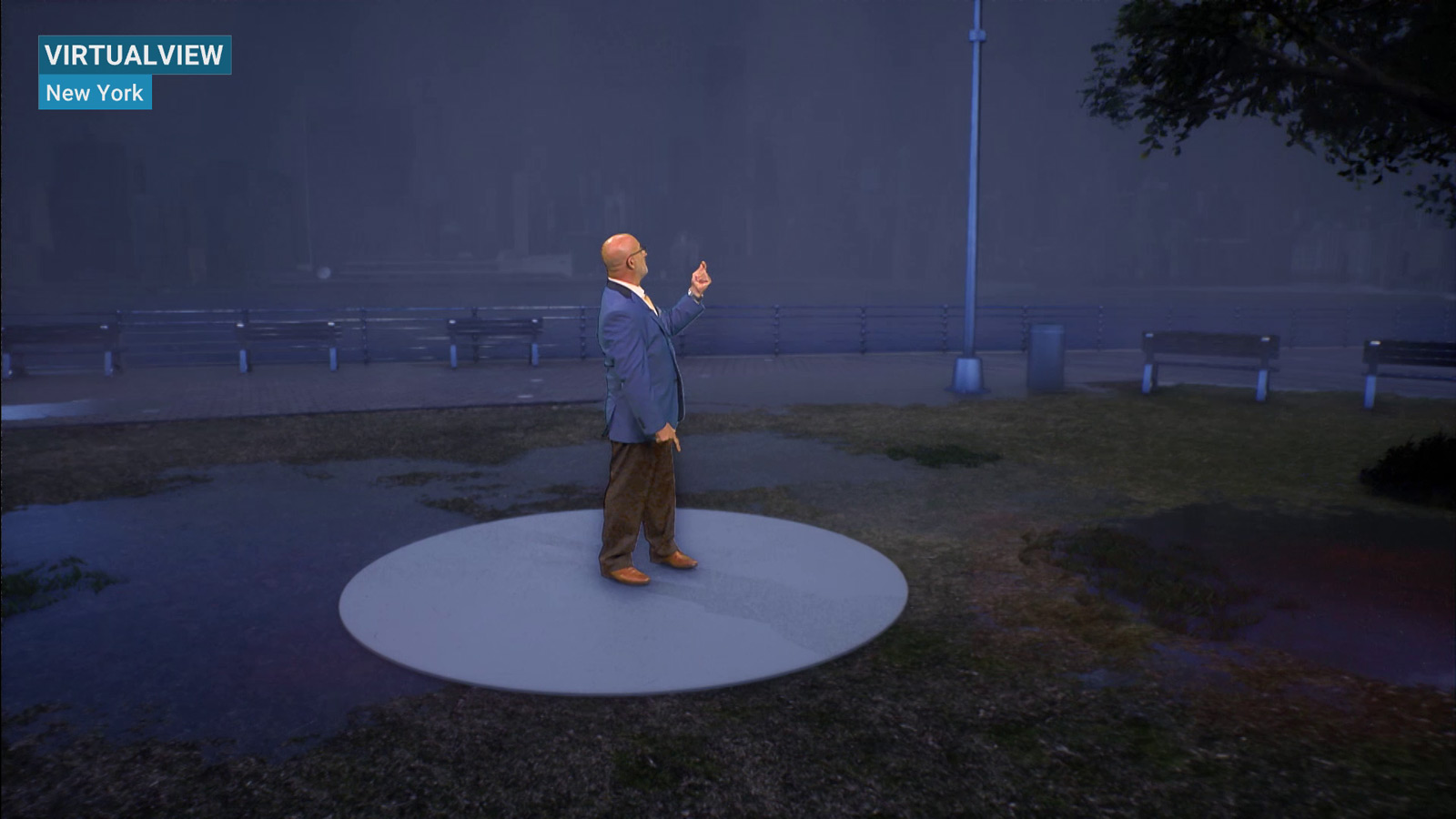 To achieve this, The Weather Channel team uses Zero Density’s Unreal Engine-based broadcast compositing system, Reality Engine, as well as the world’s only image-based keyer that works on the GPU, Reality Keyer.

With support for 3D masks and 4:4:4 RGB camera sources, Reality Keyer uses pixel values rather than a color pick to generate the best matte for an image to extract. The image-based keying enables the team to create a virtual green screen that they can map the real green screen set footage onto. Together with input from Mo-Sys tracking data, this is used to create a clean plate for every frame. This means details like shadows, subpixel details like hair and transparent objects are retained in the final comp, making visuals more realistic than ever. 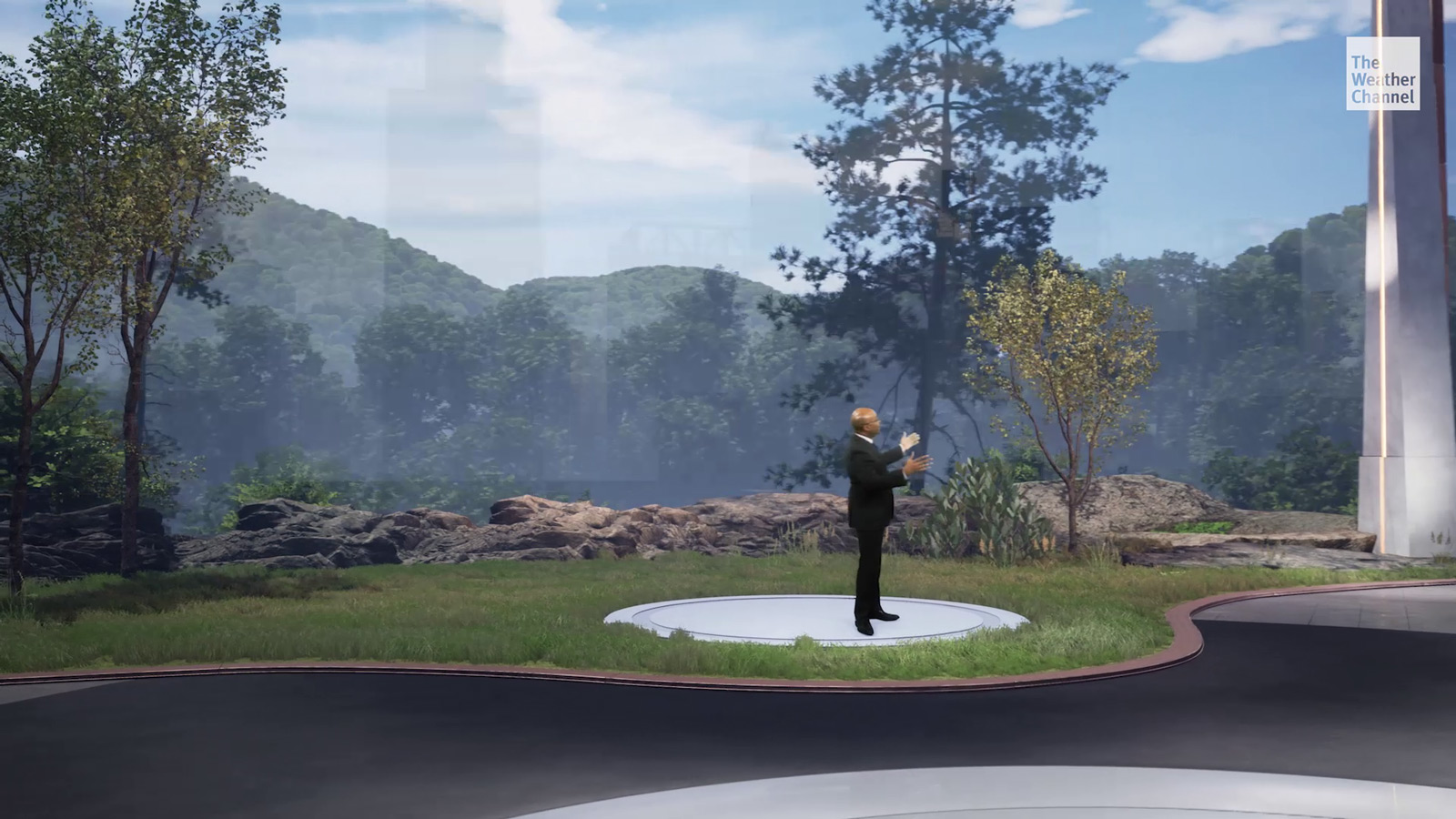 Zero Density’s Reality Editor works natively on Unreal Engine, allowing the team to create everything from falling snow to blazing fire directly on the Editor and on set. RealityHub then ties everything together, enabling The Weather Channel team to manage everything in the studio from multiple Engines to real-time graphics on a single web-based platform. Thanks to RealityHub’s real-time data integration tools, live weather stats can drive 3D charts, bar graphs, and forecasts during the broadcast so they are always up to date.

“In a single application, RealityHub grants our users the ability to configure, compile, launch, and playout projects, while providing time-saving ways to optimize their workflow. Centralizing these tools into an intuitive, easily-accessible web interface changes the game for our artists, engineers, and graphics operators.

Telling stories that save the planet

The Weather Channel is now using its mixed reality studio throughout the day, for the flagship network, the new Pattrn climate show and on May 2nd, The Weather Channel En Español, broadcasting everything from long-form shows to breaking forecasts with help from a team of real-time experts. Moving to a primarily live format has been essential to helping the team tell their stories: Meteorologists can now give audiences information—together with impressive visuals—that is as up-to-date as possible, resulting in genuine in-the-moment reactions that connect directly to the viewer. 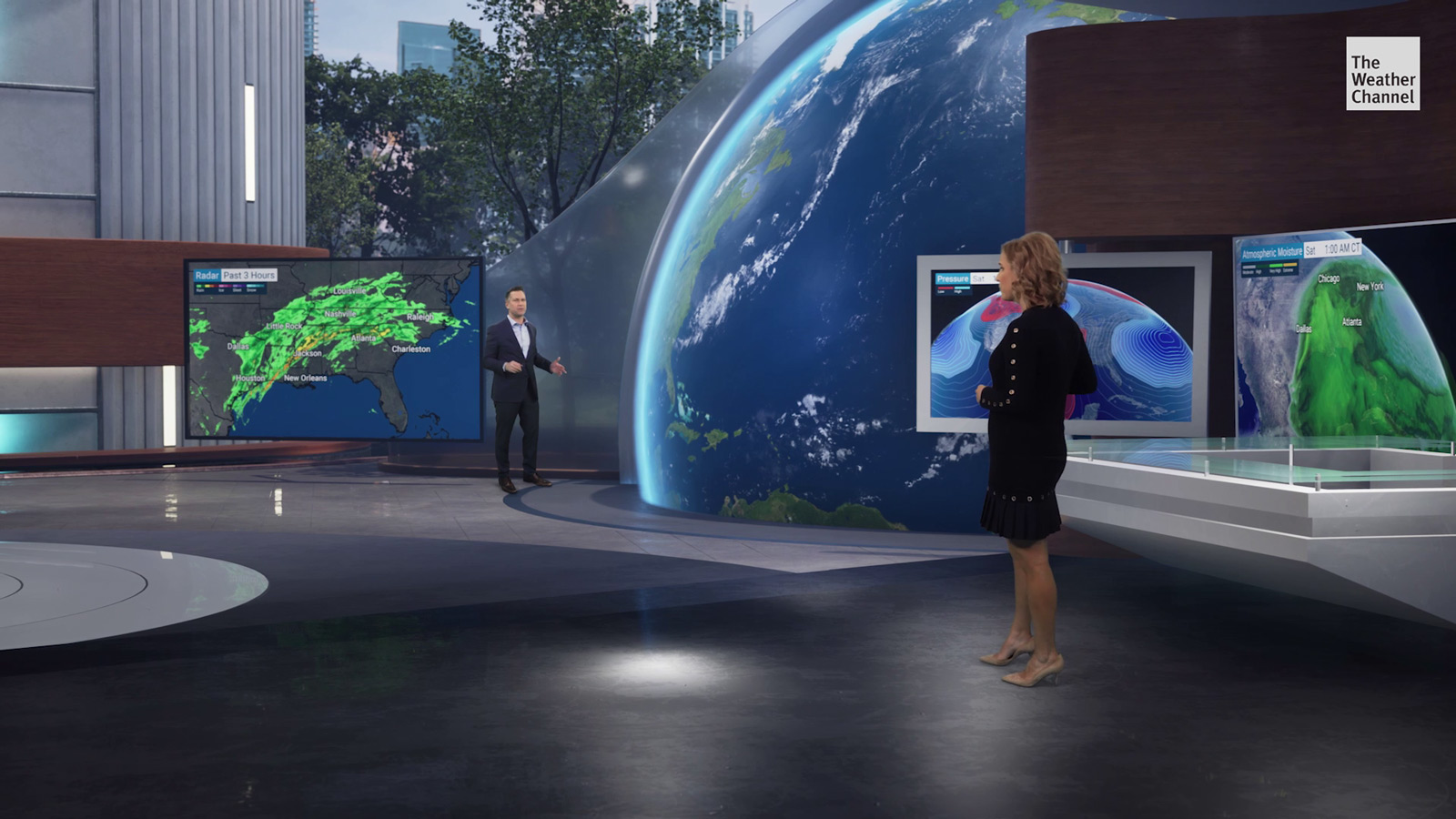 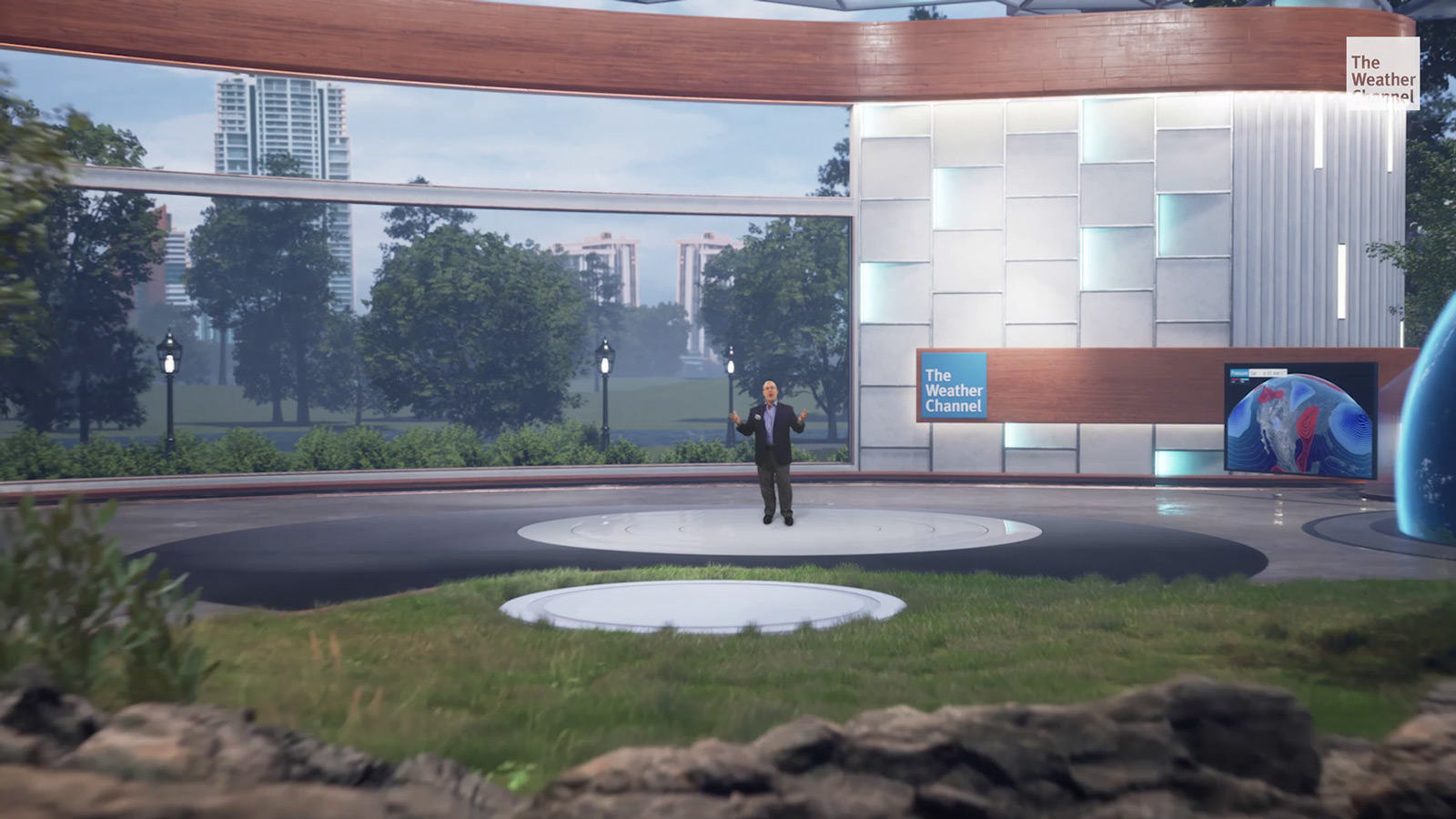 It’s also the perfect complement to The Weather Channel’s mission: Whether the team is showing the reality of dangerous weather over the next 40 years, or simply next week’s forecast, they’re presenting the future. It only makes sense to do so with the help of futuristic technology.