CBC: More Virtual Than Ever

*  This article is originally published on film-tv-video

CBC has put a new virtual set with Zero Density technology into operation in Cologne. KST Moschkau implemented the Reality system that RTL has been using since autumn.

CBC was an early adopter of virtual set technology in Germany, using virtual sets in conjunction with automated robotic systems at the brand-new Media Group RTL site in Cologne-Deutz as early as 2010.

Thomas Harscheidt, Managing Director of CBC, explains that even then the aim was to create visually appealing settings for a wide variety of shows, while at the same time optimizing studio workflows. “Since then, we’ve kept updating and adapting the virtual studio technology in-house – and now we wanted to take the next big step.”

At the same time, RTL also wanted to redesign: Several RTL information and magazine shows were to receive a completely new look. Thomas Harscheidt, “Content, brand and technology form a symbiosis that gives viewers a new TV experience. With the use of game engines for virtual set and augmented reality, we set a new benchmark for TV studio productions. This development was achieved through a close collaboration of Mediengruppe RTL’s content, marketing, and technology expertise.”

film-tv-video.de asked CBC in more detail how these results were achieved, the first implementations of which have been on air in RTL’s TV program since the fall.

CBC is part of the RTL Deutschland media group. The company also works for several other clients, but naturally the connection to individual companies in its own media group is particularly intensive. That’s why the desire to give RTL’s information and magazine programs a Design-refresh went hand in hand with the technical considerations for implementation. CBC was therefore involved in the redesign of RTL’s TV programming at a very early stage.

In the first stage, the magazine shows “Exclusive,” “Explosive” and “Extra” received a complete redesign, which can already be seen since September 21, 2020. “Guten Morgen Deutschland,” the RTL lunchtime magazine “Punkt 12,” and the news programs “RTL Aktuell” and “RTL Nachtjournal” will follow in the coming year.

The new studio design follows the insight that viewers want more and more orientation, classification, and explanation in an increasingly complex, digital world. RTL emphasizes that the presenters of RTL info formats will play an even more important role in the future. But the new three-dimensional X-key visuals of the logos and the topical theme images that appear on large panorama monitors are also central elements of the redesign. 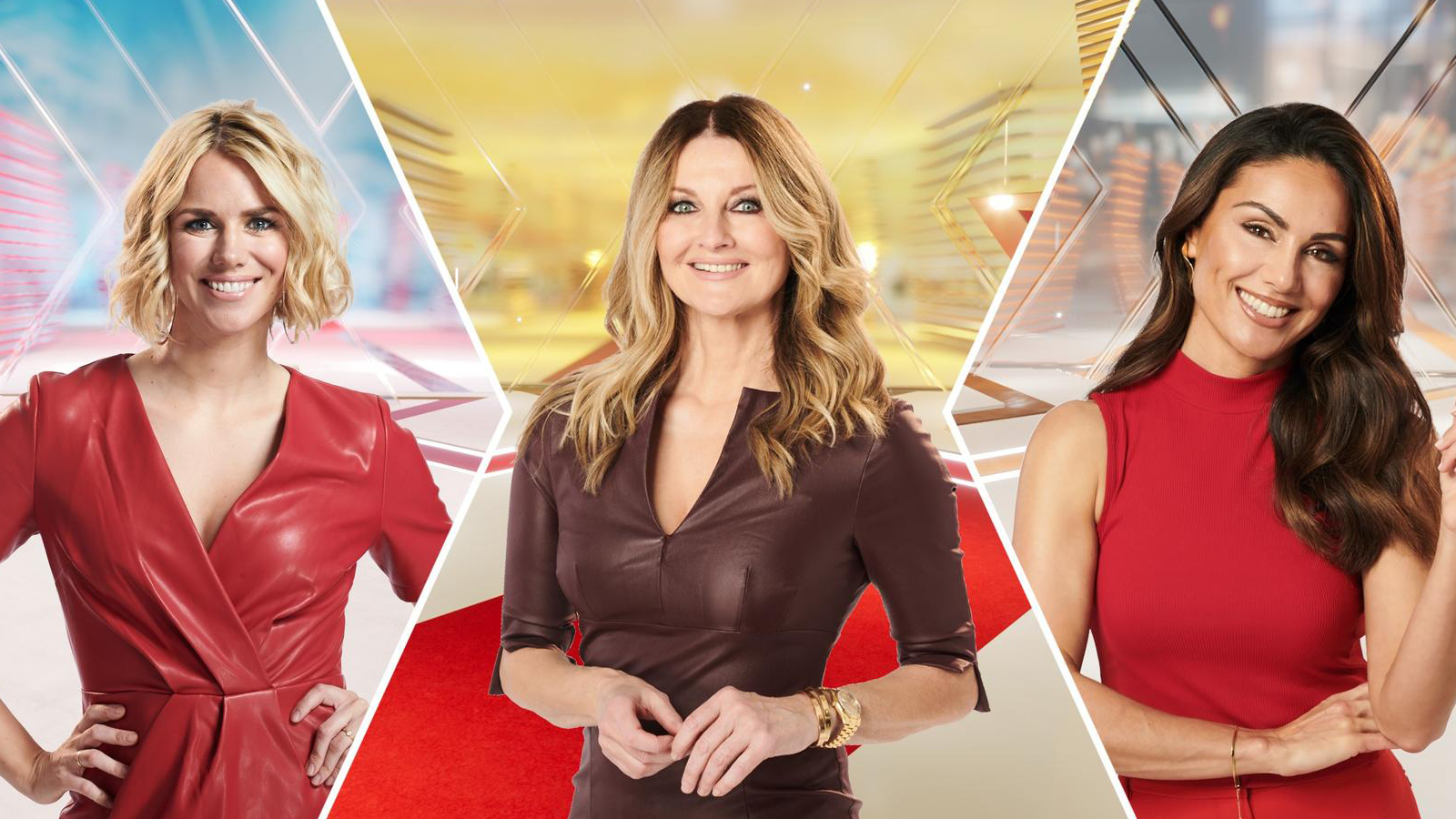 On the way to the new look, CBC had to overcome several challenges. For example, the handling of light and shadow plays a major role in virtual sets. “That’s ultimately what makes the look and enables the desired realistic image impression,” says Thomas Brill, responsible for real-time graphics at CBC.

He says that during the agency’s initial design proposals, it quickly became clear that the designs, which included many reflective and glossy surfaces, would place high demands on virtual technology: “So we looked early on at what the market had to offer in terms of virtual studio systems that could even implement something like this.”

Mido Fayad reports that they quickly came across the Unreal Engine from Epic Games during this research. It is the basis of many successful games, but has also established itself strongly in the virtual studio sector in recent years, where several providers of virtual sets now use the power of the Unreal Engine for their systems. One of the virtual set systems that work with Unreal is the Turkish manufacturer Zero Density. Zero Density’s German sales partner is KST Moschkau from Düren.

“Zero Density’s system is certainly one of the most advanced real-time virtual studio systems on the market. It features extreme photorealism and outstanding performance – even in UHD. The Reality System’s Differential Keying Process not only ensures excellent keying results, but also maximum interaction between presenter and virtuality, in terms of shadow casting, reflection behavior and situational color grading.” At the Innovation Center in Düren, KST was able to demonstrate the possibilities, and CBC had the opportunity there to test and check the system in interaction with other studio components.

What makes Zero Density stand out?

In view of the many advantages, CBC believes the system has potential. Mido Fayad reports, “We were excited not only by the quality of the virtual set, but also by the possibility of working hybrid, i.e., switching directly from the green screen to a real set and back again. That in combination with the differential key process opens up completely new possibilities.”

In the end, CBC decided on Zero Density, and from Felix Moschkau’s point of view, this is largely due to the fact that “Zero Density offers a particularly high level of integration with Unreal Engine. The dynamic light and dynamic reflections are particularly convincing. This makes it possible to actively influence the light in the virtual world, whereby the light not only influences the virtual background, but also the keyed image.”

This is also interesting in combination with augmented reality, where this functionality makes it possible, for example, to adapt the shadows cast by virtual objects to the real shadows. Felix Moschkau: “Problems that you have with the chromakey do not occur here. With Zero Density, you get an extremely precise key. The prerequisite for this is a very precise camera tracking.

CBC first implemented a test installation at its headquarters in Cologne. “An important question for us was whether a system based on Unreal Engine would also work stably and with high availability in a live production environment with tracking, animation, control, because of course you need that in the production of daily broadcasts like we have,” says Mido Fayad. 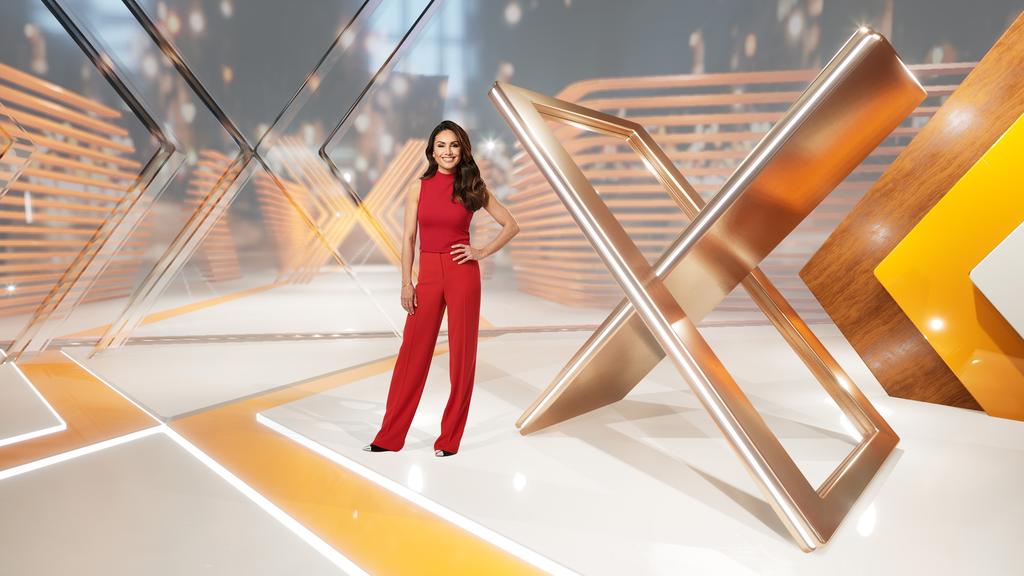 At CBC in Cologne, Zero Density was to be tested under real conditions and in interaction with the existing technology on site.

The company implements camera automation with Technodolly systems. “We have a high degree of automation with many prefabricated camera movements. Nevertheless, depending on the format, we always have professionals on site who can intervene individually in the action,” explains Thomas Harscheidt.

For tracking, CBC has already been working for many years with the VioTrack system for stationary and mobile use. It comes from the Cologne-based company Trackmen. For real-time graphics, Vizrt systems are used in addition to Unreal-based engines.