Located in Charleroi, Belgium, DreamWall is a graphic design and animation studio that specializes in the design and production of virtual sets and augmented reality projects. With more than 10 years’ experience in the field, the studio boasts an international client list that includes France TV, TF1, and RMC Sport (France); Star TV India; Spring News (Thailand); Telia (Finland); Svensa Spell (Sweden); the European Parliament; and many more.

DreamWall has itself covered many prestigious events live, including the French presidential election, the Thai legislative election, the European elections, the FIFA World Cup, and the Cricket World Cup. As well as working within its clients’ virtual studios, the company also has its own 200 sqm virtual studio on site, which is used to test custom sets during their creation. This enables them to detect problems ahead of time, and also enables their clients to visualize the set in real conditions prior to integration in their own studios. It’s also used for some of DreamWall’s own productions, as well as some of their clients’; one-third of the studio’s output is live. 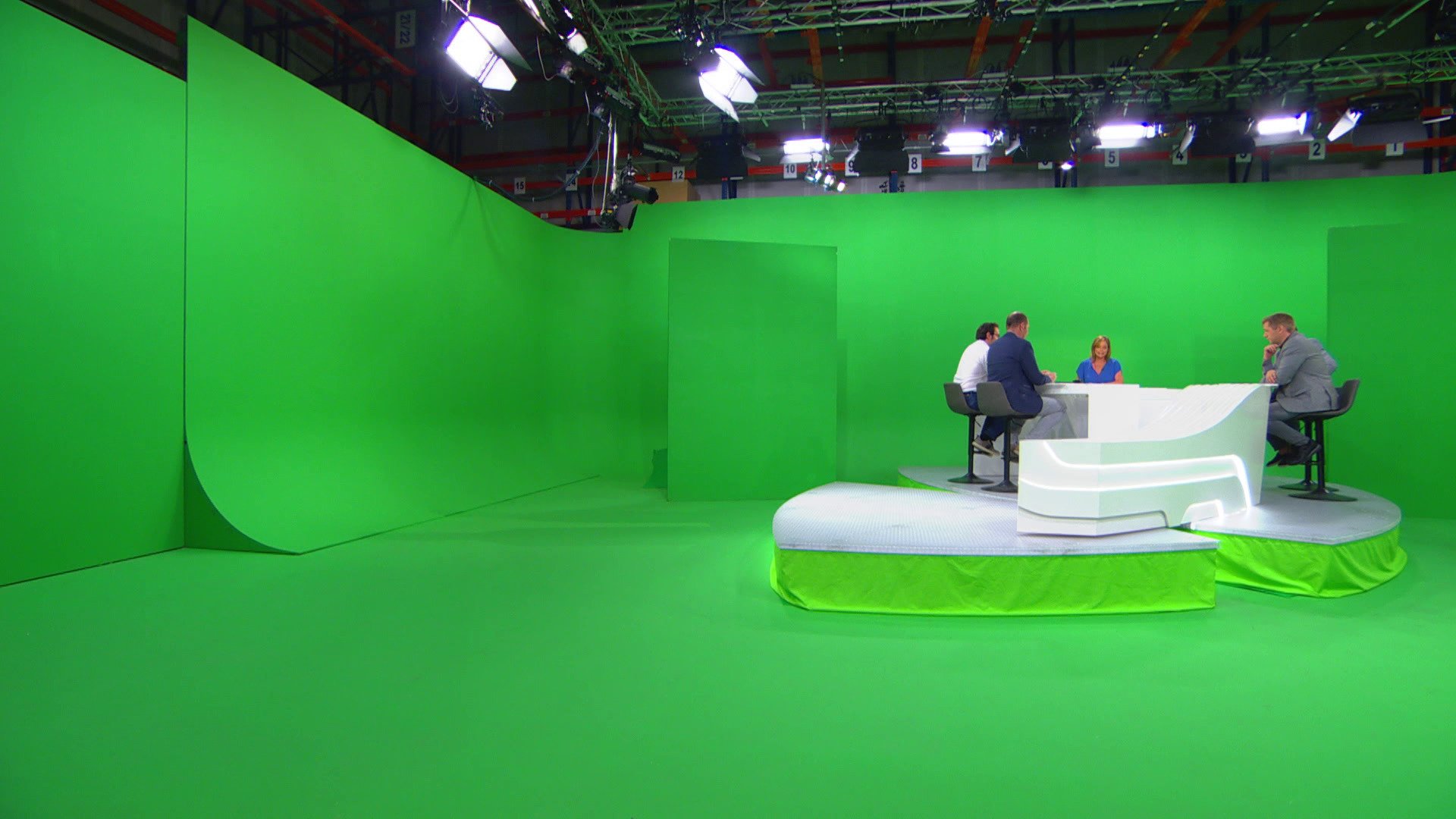 For the last three years, DreamWall has been working with Unreal Engine and Reality, a photorealistic virtual studio and augmented reality solution created by Zero Density and powered by Unreal Engine. In this workflow, content is authored in Unreal Engine and then imported into Reality, where on-air controls are added along with other functionalities specific to virtual sets.

DreamWall’s latest development with this system, and one of which it is justifiably proud, is for Belgian broadcaster BeTV, a french-language pay TV channel that serves Belgium and Luxembourg with a range of premium programming including the latest blockbuster movies, high-profile TV series, and live sports. 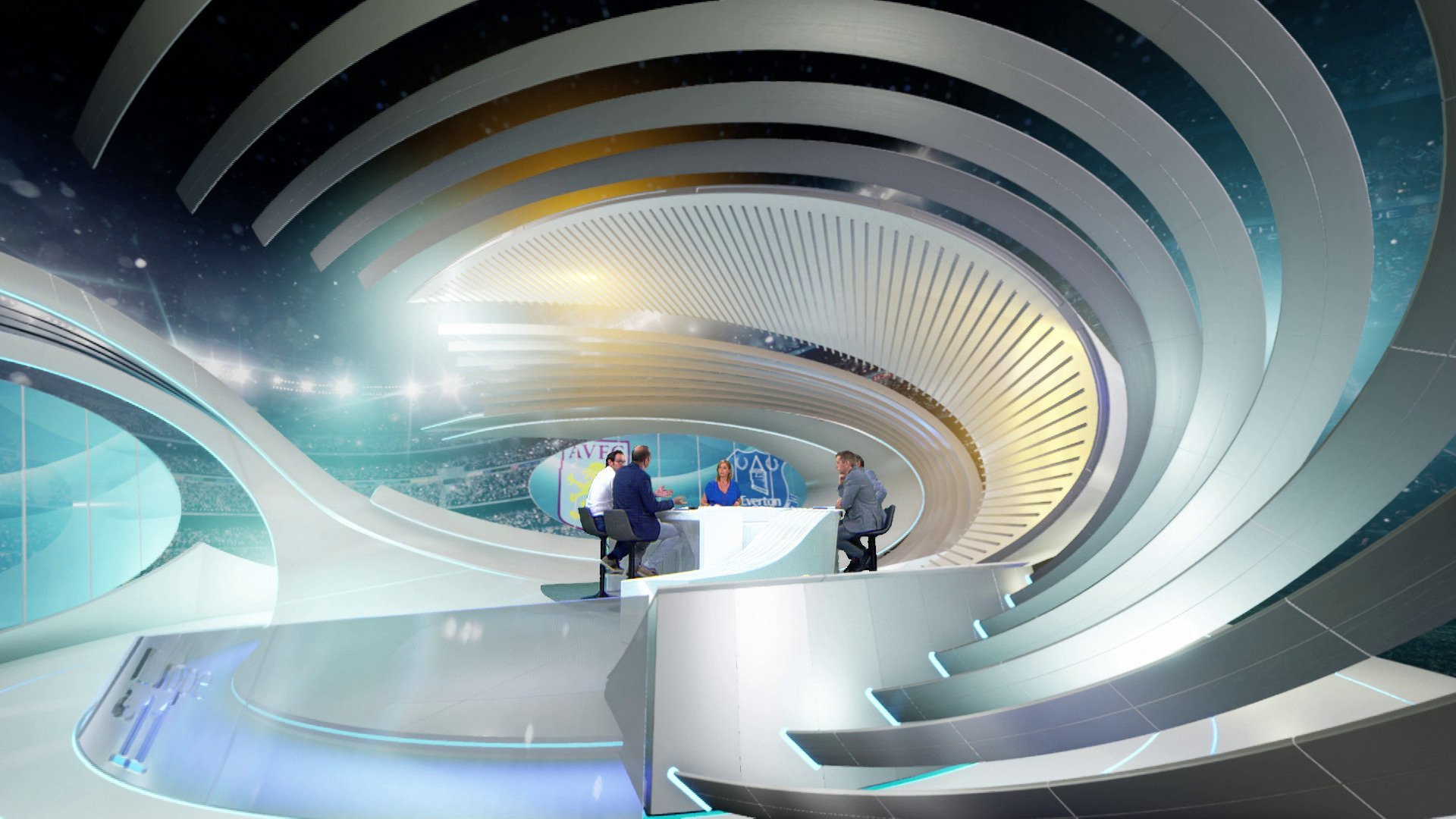 Created for a weekly European soccer show called L’Europe des 11, and also to cover Belgian’s national matches, the set manages to give the illusion of being inside a full-size stadium. Abstract graphic elements tie the disparate parts of the set together, and—along with the camera’s crane moves—create a pronounced sense of depth. Meanwhile, the curved design, choice of colors and materials, and carefully considered virtual and physical lighting deliver a strong aesthetic appeal, and provide continuity with the show’s previous physical set to maintain brand identity.

The BeTV project is considered by DreamWall to be the most artistic and highest-quality virtual studio project they’ve ever worked on, and also one that summarizes best practices for such productions. “The client really understood how to use virtual technology and every possibility it offers,” says Thibault Baras, the company’s General Manager.

The set offers many options for delivering content. The five presenters, who sit around a real desk—the only physical element of the set, retained from the original—are surrounded by three virtual video inputs that can feature both live footage and prepared material. These are supplemented by augmented reality graphics, which add additional explanatory value—player statistics, team compositions, venue details, and so on—and create a sense of interactivity with the journalists. The back of the set displays the full soccer stadium in 4K resolution.

DreamWall credits the quality of the set’s look and feel to Unreal Engine’s lighting and material creation feature set, which they say enabled them to achieve a very high-quality aesthetic while maintaining the required frame rate for live broadcast. 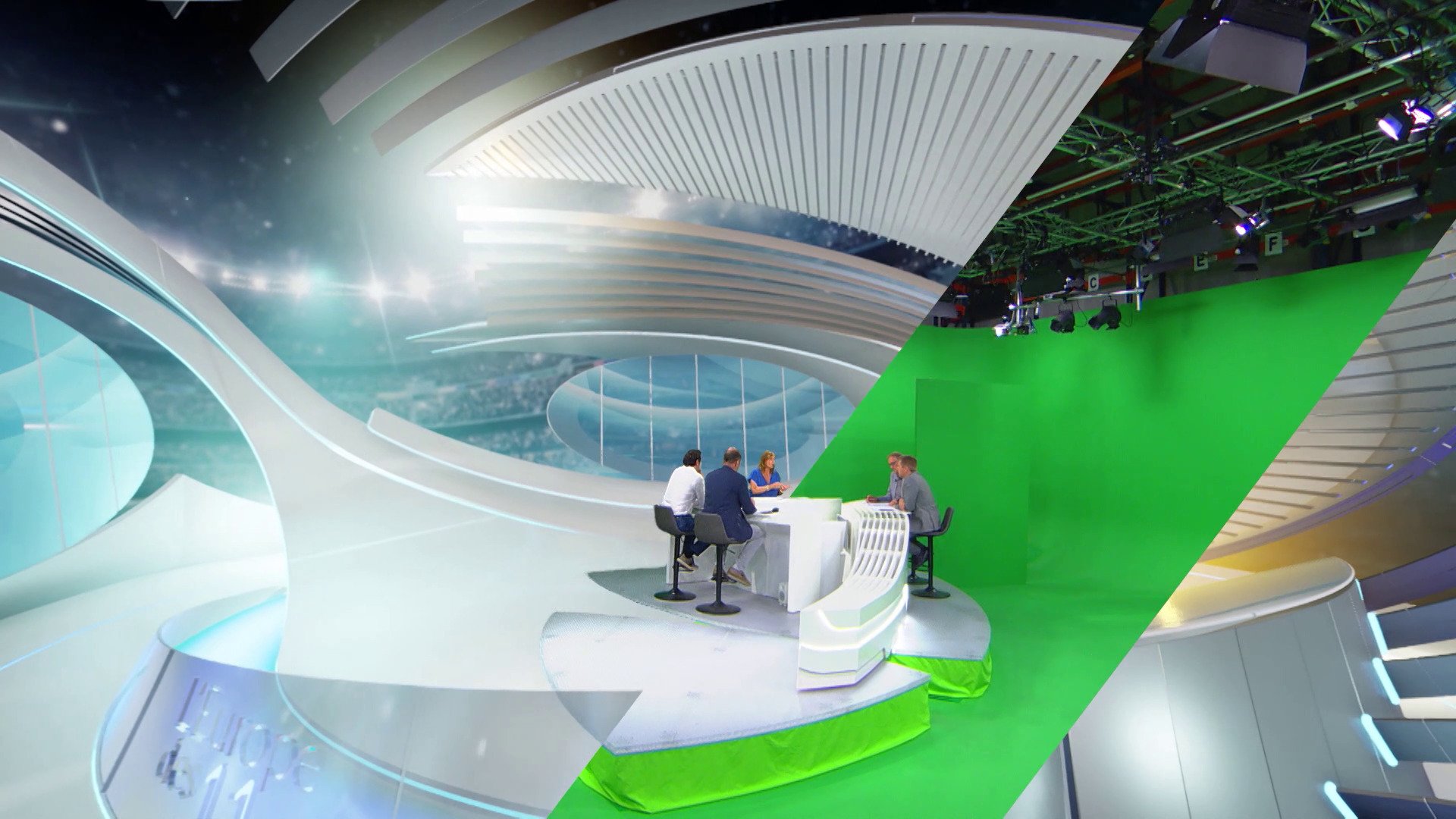 DreamWall’s Artistic Director Wilson Garcia Sequeira explains that volumetric lights with exponential fog were used to create a subtle, muted atmosphere on the set. To bring life to the set, the team used Blueprint visual scripting and dynamic materials to generate light animations on the ceiling and across the set, and for animating the appearance of surfaces.

The team also used Unreal Engine’s IES light profiles to mimic real-world lighting, a technique DreamWall had not used before, but one which will certainly be part of future projects. “This is a technique we will use for other sets,” says Graphic Designer Paolo Samparese. “Unreal really helps to give a virtual set a ‘wow’ effect, and that is the aim of our work. It gives DreamWall and its graphics team a bigger dimension, and really helps to achieve virtual set design in a way other software can’t.”

To create convincing reflections and refractions in real time, the team turned to Unreal Engine’s physically-based materials, assembling unique materials from multiple textures in the Material Editor. “The Master Material allows the graphics team to create complex materials from which they start to create instances easily and quickly,” says Samparese. “Unreal allows graphic designers to do that more efficiently than other software.” 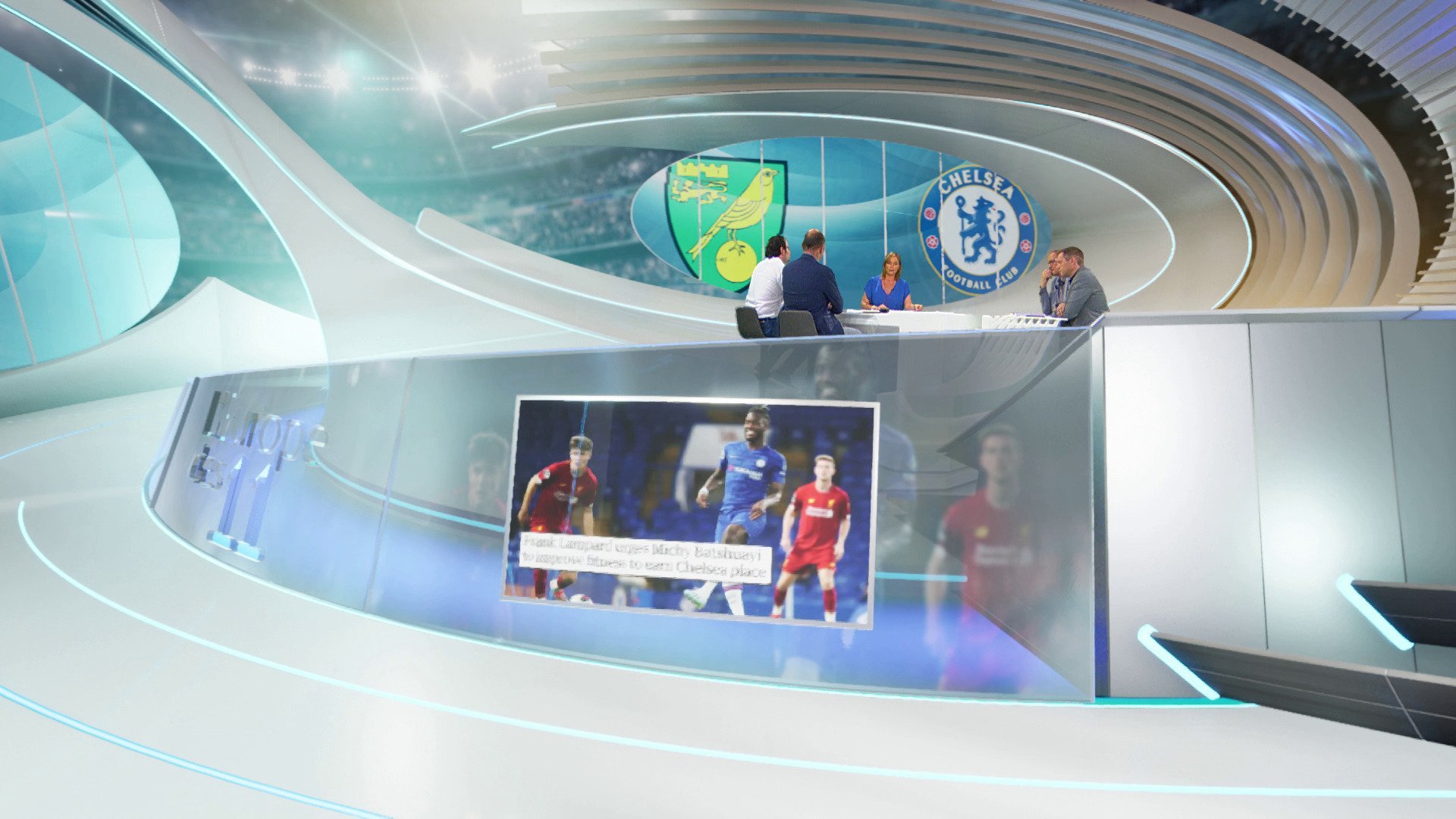 In virtual sets, high-quality reflections are critical to making it look real to the viewer. “Reflections are the main feature used in virtual set design, and one of the most important parameters to take into account in this kind of design,” says Samparese. “The render quality in real time is much higher in Unreal Engine than the rest. The quality is unbelievable.”

From the client’s point of view, DreamWall’s ability to recreate aspects of the original physical set was also key. BeTV Production’s EDO and JPL Director Vincent Gustin was impressed with the faithful replication of the physical set within the virtual environment, which was powered by Unreal Engine’s lighting and texturing capabilities.

But unlike the original set, the new set offers BeTV limitless avenues for customization, as Gustin explains. “The virtual aspect of the set gives infinite possibilities to the production, and augmented reality really enhances storytelling,” he says.

In the end, what matters most is what the viewers think, and BeTV’s new virtual set delivers in this regard. “Since the production decided to switch from real to virtual sets, the feedback from spectators has been more than positive, even from people who are not familiar with this kind of technology,” says Gustin.