On May 26, Europeans went to the ballots to choose the members of the European Parliament for the next five years. The official TV of the European Parliament EuroParl TV chose Zero Density & DreamWall duo to bring an immersive live elections program to the audience from 28 countries.  There were 3  Engines at work during the coverage: one for virtual overview of Brussels, one for augmented reality elements and one for real-time data projections.

Virtual Birdeye View of Brussels and Seamless Dive into the Hemicycle

The program opens with a virtual overview of the European Institutions District in Brussels. DreamWall team has virtualized a 10 square kilometers of Brussels and by feeding it to the Reality  a window opened right to the heart of the Hemisphere. The virtual Brussels was rendered in real time and adjustable to the environment depending on the time of the day, even details such as cloud coverage over the city was considered.

Inside the Hemicycle of the European Parliament an X Fly 3D cablecam from XD Motion was set up for tracking data to the Engine, enabling the use of AR graphics. Augmented animations were used for live introduction of the speakers, augmented stars in the ceiling, a clock and a virtual video wall.

Real-time data visualization is the purpose of elections coverage and Reality provides the necessary tools for a flawless application. 2D full screen graphics were generated by Reality , fed into the video wall fluently as the results flowed in. The graphics design, data integration and interface control through a ZD Connector were also developed by Dreamwall. 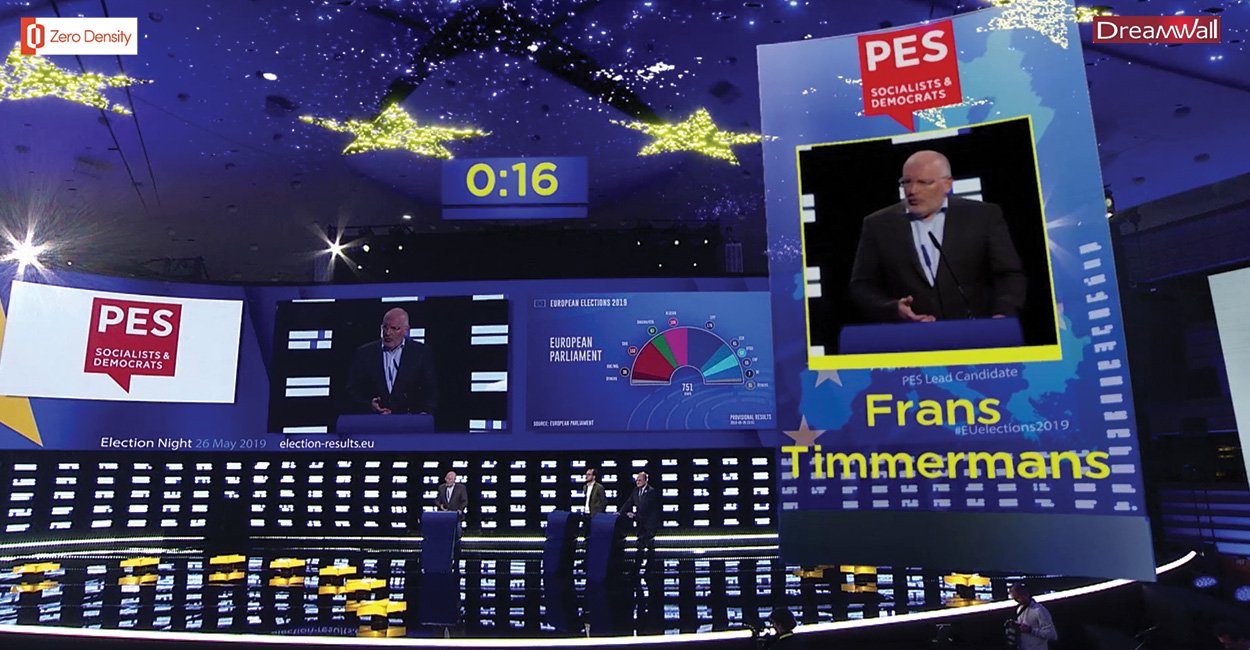 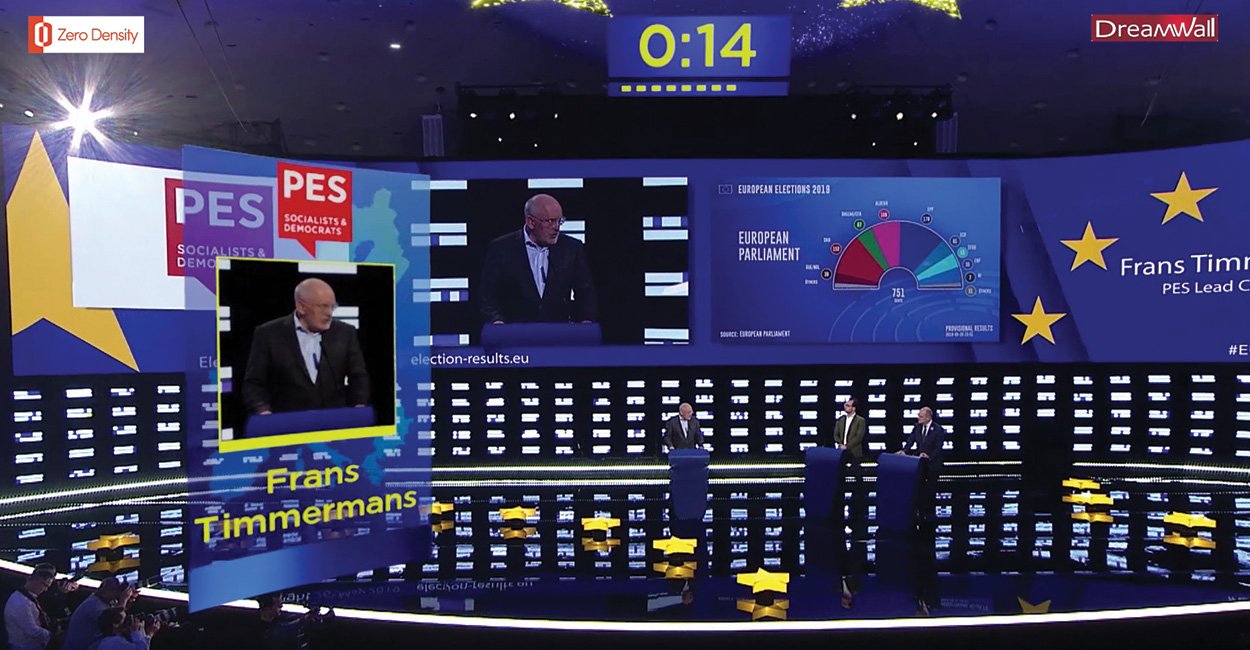 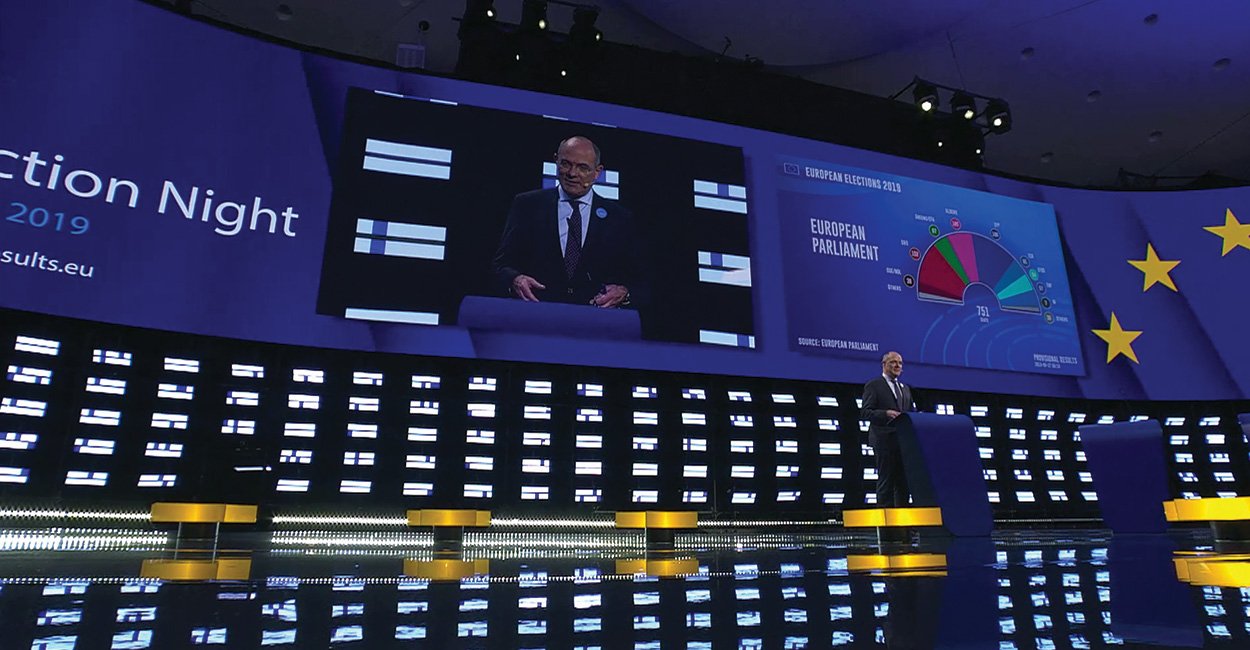 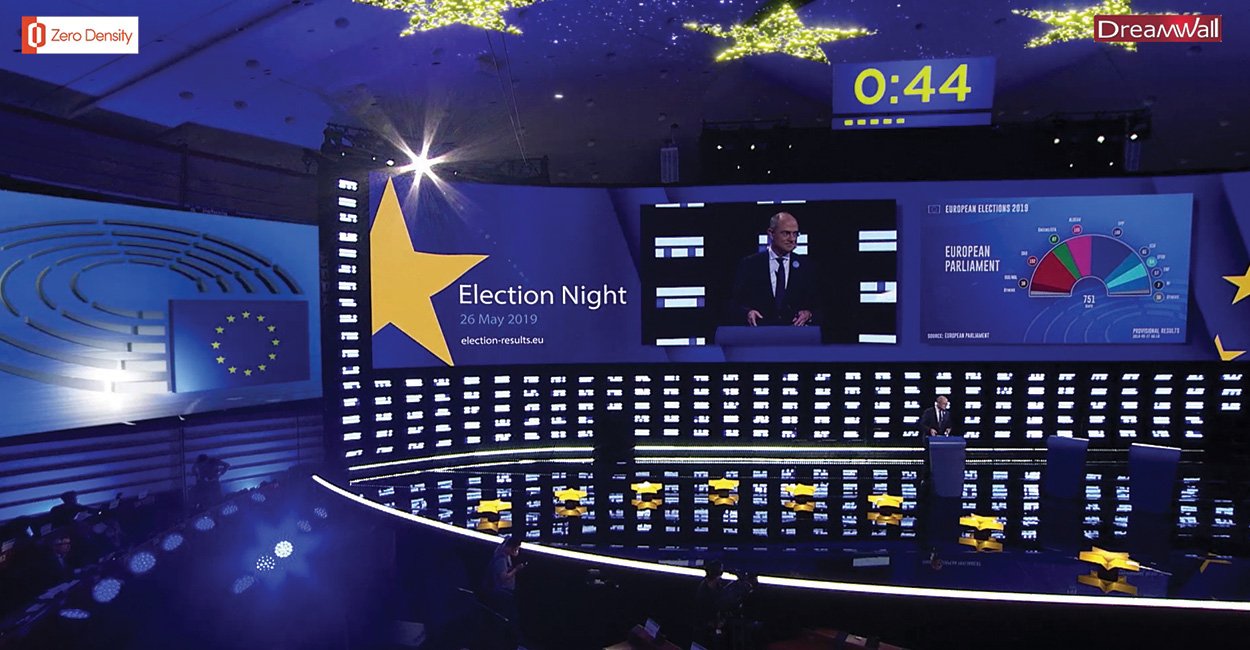