While French students are confined to their homes due to the Covid-19 pandemic, France Télévisions has been mobilizing its channel since March 23, to support them in their schooling. In partnership with the Ministry of National Education and to respond to the “Learning Nation” mission, lessons were given by teachers, for all levels, as well as a variety of educational activities on the programme. The morning is devoted to the little ones, the afternoon to the older ones.

In addition, a new 50-minute daily magazine, La Maison Lumni l’ission (co-production France.tv studio and Media TV), is offered on several linear and digital channels. A multi-broadcast on France 2, France 5, France 4 and at any time in replay on France.tv and Lumni.fr, the educational platform for all of the public, and on the platform France.tv video. This magazine, aimed at 8 – 12 year olds, presented by Alex Goude, offers educational content developed in conjunction with the Ministry of National Education. 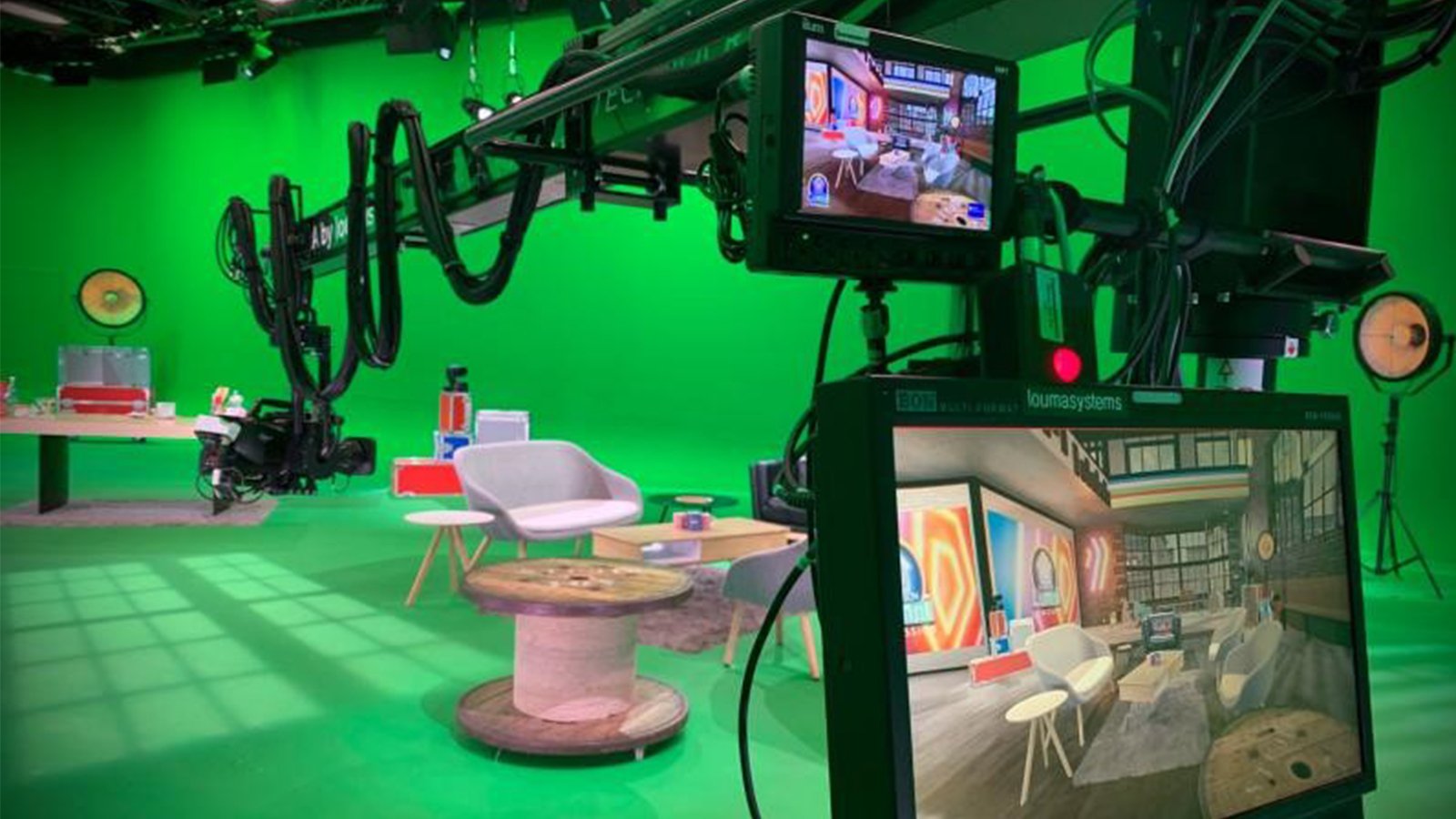 The COVID 19 epidemic requires innovative, creative, technological resources and mobilized teams to ensure the continuity of broadcast. And “La Maison Lumni” embodies the new standards of the audiovisual industry. The circumstances revealed a strong collaborative power of the various actors so that the implementation of the technical and editorial system could be done in a few days. While social distancing and other health measures are rigorously followed, with the optimal number of people and the right technology, the actors below have contributed to this essential and significant program.

FRANCE TV STUDIO, with a wealth of experience in the television production of magazines, documentaries and fictions, it operates in delegated or executive production.

LA FABRIQUE, at the request of france.tv studio which develops virtual environments with the internal resources of France Télévisions (DMF), the loft of the show was designed and produced by the factory – label of DMF – with the support of Viviane Delieuvin , set designer for the furniture part and under the responsibility of Lucas Bastian, video integrator within the Real Time Graphics unit (GTR) for graphic creation. The virtual scene was fully modeled on Unreal Engine supplemented by elements, 3D objects and textures modeled and produced with Photoshop and Blender. Thomas Lagache, post-production computer graphics designer, used four different backgrounds embedded in the three virtual classrooms: primary, middle and high school.

AD-TV, for its expertise, its experience and its support offer from the conception of client projects to the exploitation of these virtual studio and augmented reality solutions on set. With a team of experienced developers, AD-TV uses exclusive business tools dedicated to the virtual world, Real-time Virtual Light Connector (control of lights in the 3D virtual scene intensity, color, direction and automation), and Virtual Camera Controller Unit.

ZERO DENSITY’s real-time virtual studio and augmented reality product Reality is an Unreal Engine native tool and offers video I/O, keying, compositing and the most photo-realistic rendering in 4K in one single machine. Reality’s proprietary keyer, Reality Keyer provides spectacular results for keying of contact shadows, transparent objects and sub-pixel details like hair. All virtual décor and augmented elements in the show are rendered with 6 Engines on 5 Panasonic AW-UE150 PTZ cameras and on a Luma Systems crane.