How you tell is as important as what you tell, and sometimes even more. Honorable Tunç Soyer, Mayor of İzmir, has chosen to enhance his Live Q&A Session with the Zero Density’s virtual studio powered by Reality Engine. Coming from the fact that Izmir is the HQ of “Zero Density“, we are profoundly honored to be hosting the distinguished event of the Mayor. We are thrilled by his presence and looking forward to having the next meeting in near future.

During the municipality’s live show, where Mayor hosted local journalist, “Başkana Sor (Ask the Mayor)”, one Panasonic AW-UE150 camera and Grassvalley LDX 86N on Egripment B.V. crane with TrackMen GmbH tracking system were used. The journey of first episode in Zero Density’s virtual studio has ended with a profound mutual satisfaction. Yet, the respected event will be broadcasted in Municipalitie’s brand-new studio. 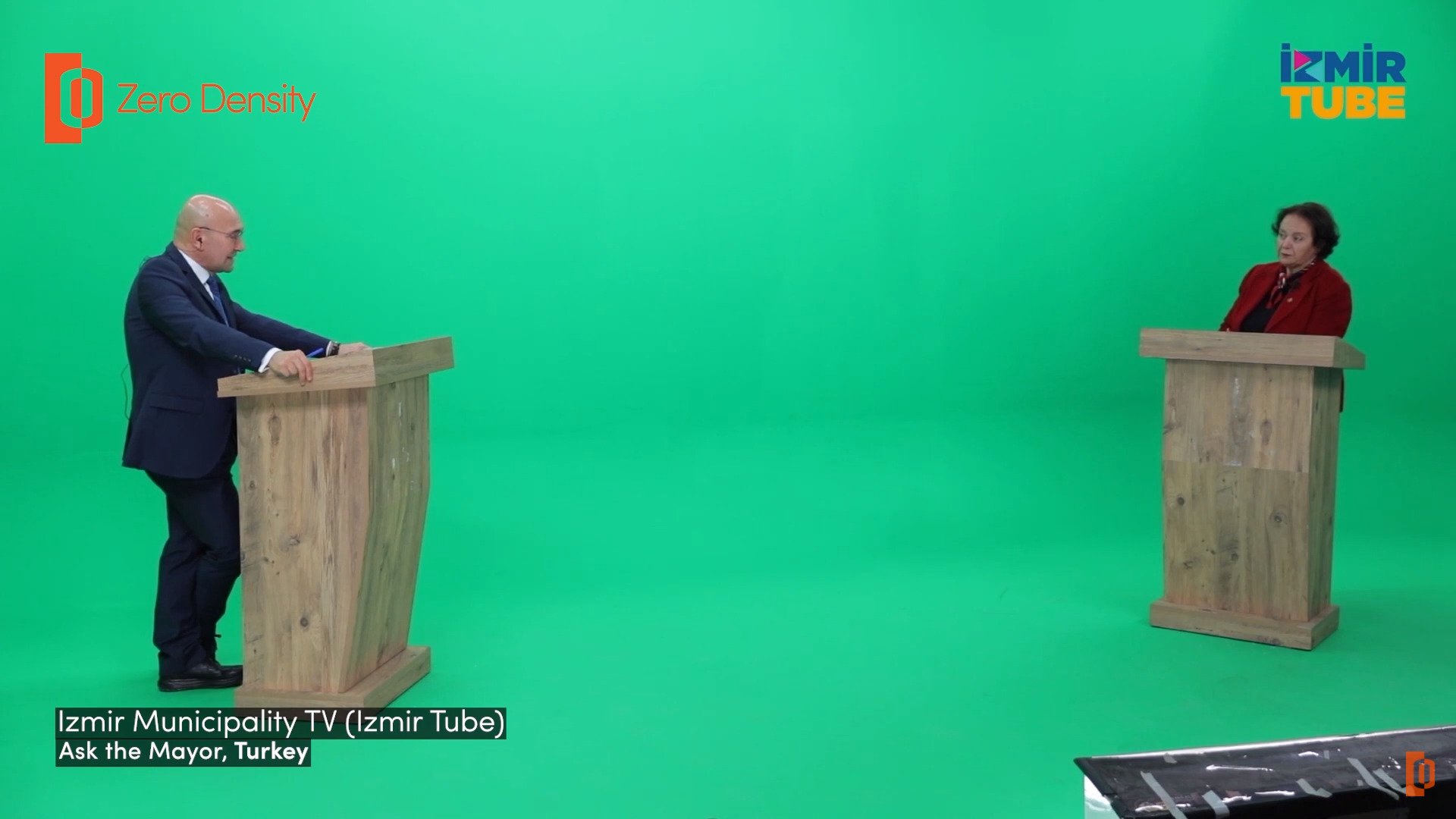 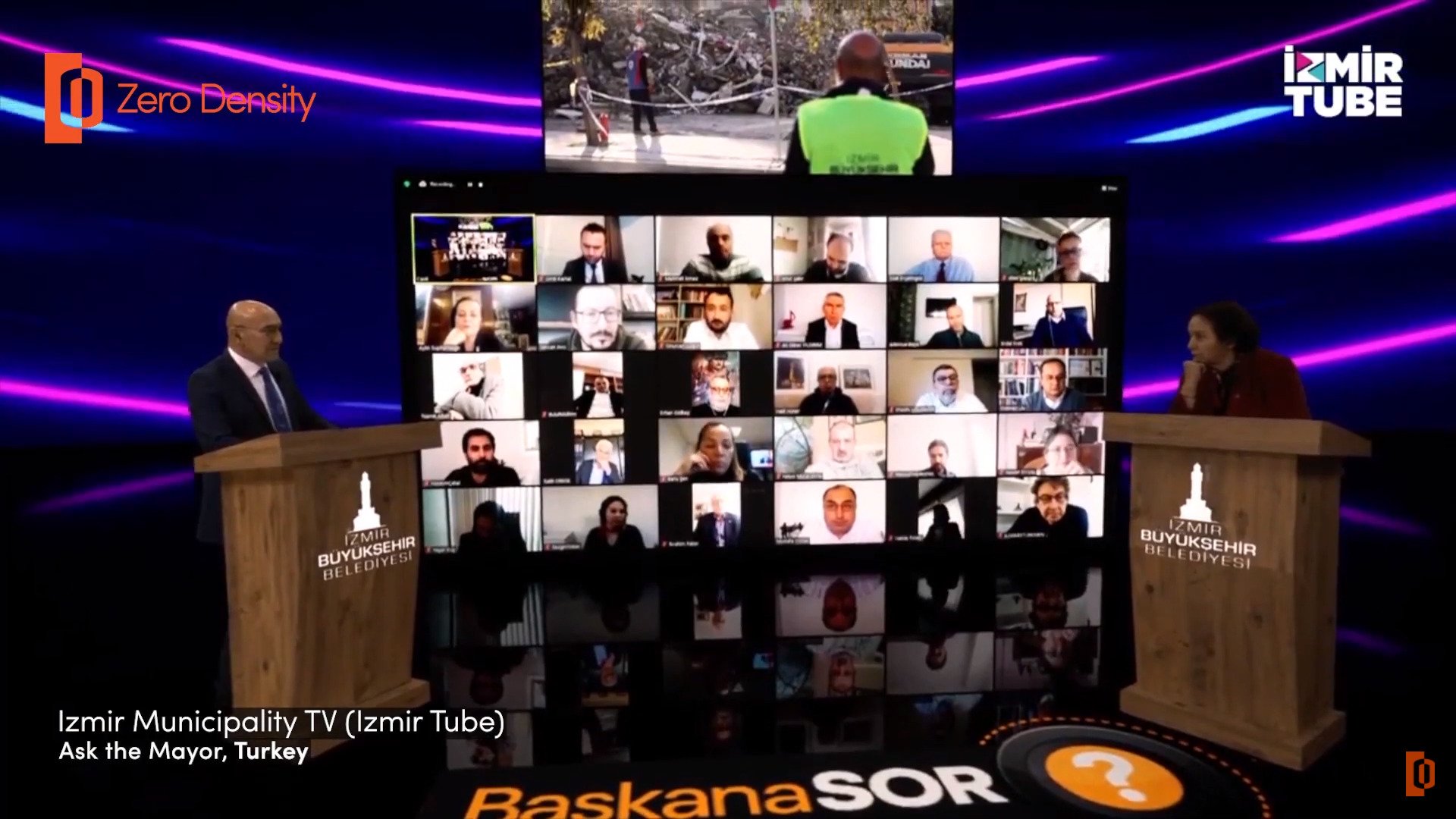