Discover how Kpedu’s Media School in Finland facilitated the rising generation of media experts to study and produce with a state-of-the-art virtual studio powered by the Zero Density technology.

For media schools, being at the cutting-edge of technology is vital to training the next generation of media industry professionals. In the past, however, high costs and lack of expertise made high-end virtual studio production ecosystems inaccessible to many institutes.

Today, things have changed.  At Finland’s Kpedu – a multidisciplinary educational institute boasting 59 different degrees and five locations across the country – students are now being trained in virtual studio production with a state-of-the-art studio powered by Reality.

Incentive behind the project

“This is the time to develop our education to allow [the students] to have excellent opportunities to get work in this area.”, says Kari Kaasinen, Project Manager at Kpedu.

Kpedu’s leadership team decided to construct the studio to offer students at its media school called Mediacenter LIME (originally Mediakeskus LIME) the highest-quality education so that they could graduate with a highly demanded, future-proof skillset. Thanks to the studio, Mediacenter LIME now offers premium audiovisual media training & development services, and arranges vocational education for young students and adults with a comprehensive network of industry experts. 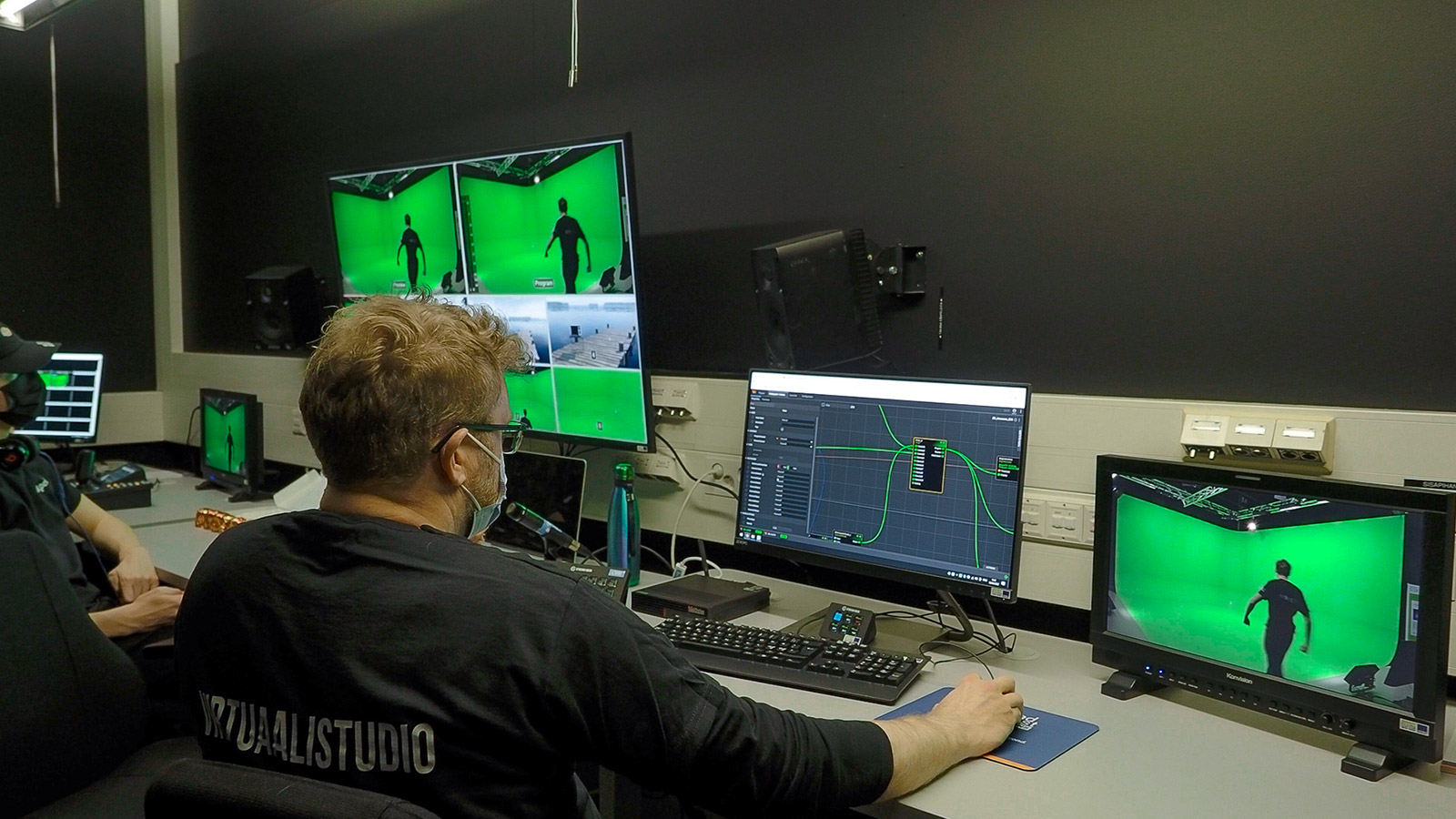 With this project, the media school also aimed to provide virtual studio production services to local companies in the region. The project was supported by the European Union and funded by the European Regional Development Fund.

“I think this will bring companies closer to the audiences”, tells Niko Kaukonen, a teacher at Kpedu: “And when it comes to students, knowing how extended reality and augmented reality works, that’s a huge bonus as well. I think it’s really the future.”

Partnering with Broadcast Solutions for a turnkey virtual studio facility

“In projects, you don’t buy old technology. You have to be innovative, and I really feel that we’re the sharp edge of the arrow now using Zero Density technology here.” says Kari Kaasinen, Project Manager at Kpedu

“It’s incredibly exciting to actually get to work with such groundbreaking, innovative software. It’s absolutely amazing.” says Markus Heikkinen, a student at Kpedu.

“The system is based on Unreal Engine, which can already deliver a lot of content and functionality. It works great but when you have Reality on top, it extends those capabilities.” explains Niko Kaukonen, a teacher at Kpedu.

The students at Kpedu use RealityHub to control the entire Reality ecosystem. As RealityHub is a fully modular system with a thin core, it also allows them to develop their own modules as plugins and add/extend the functionalities of RealityHub.

“RealityHub is the brain of the operation. We control Reality with it but we also have the possibility to control our Techno point, which is what we are planning to implement in the future.” says Petrus Palola, Broadcast Specialist at Broadcast Solutions Nordic.

For capturing content, the studio includes four Panasonic AW-UE150 PTZ cameras, so two tracked cameras per Engine. Two of the cameras are equipped with an elevation unit, and one with both a 10-meter dolly and an elevation unit. The fourth camera is static but still controlled with the same Techno point centralized control system, which has impressive linear movements even with PTZ cameras. 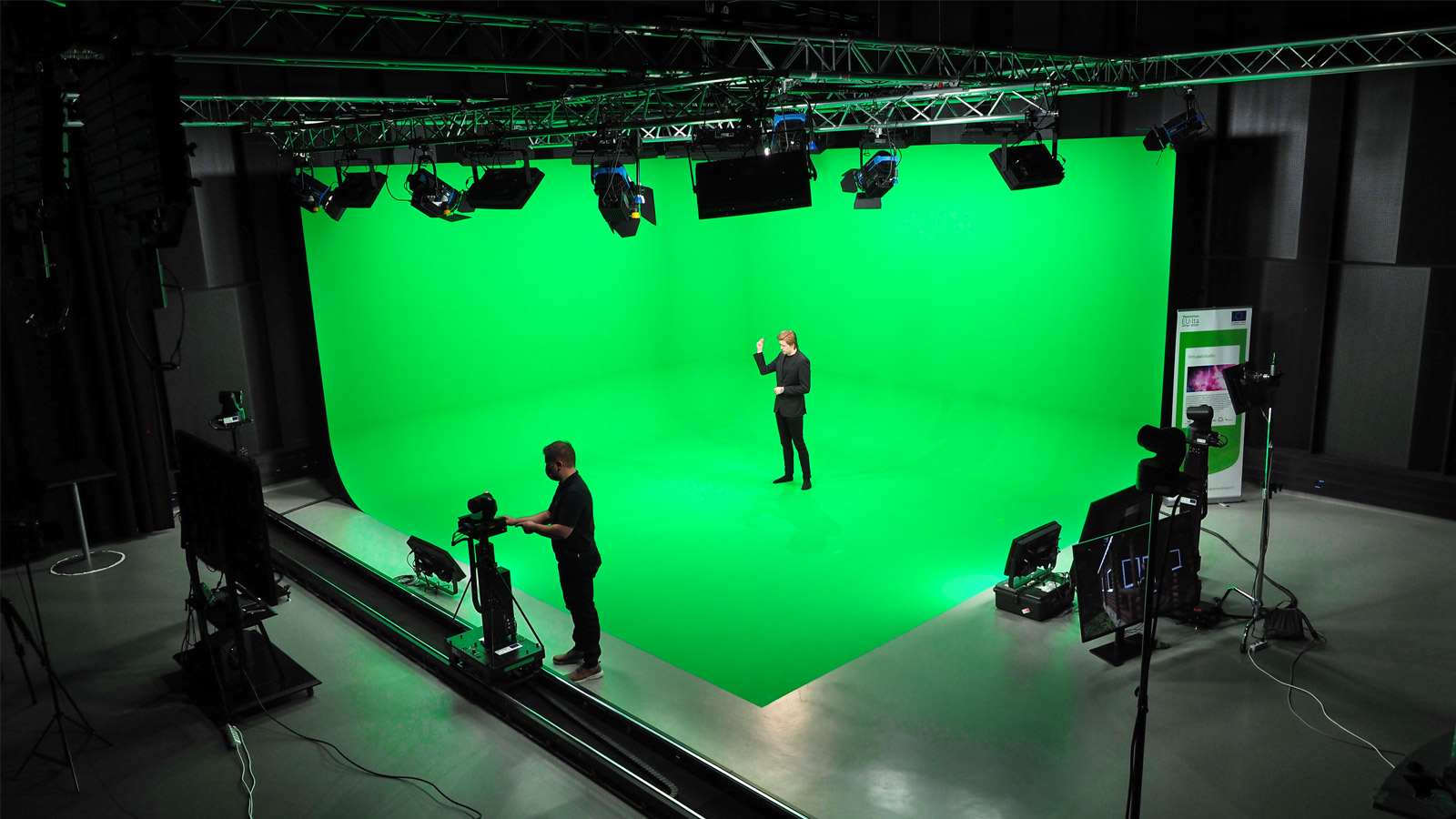 “Zero Density Academy is really helpful for [the students], allowing them to really understand all the details. They have real answers from the Zero Density specialists.” says Petrus Palola. 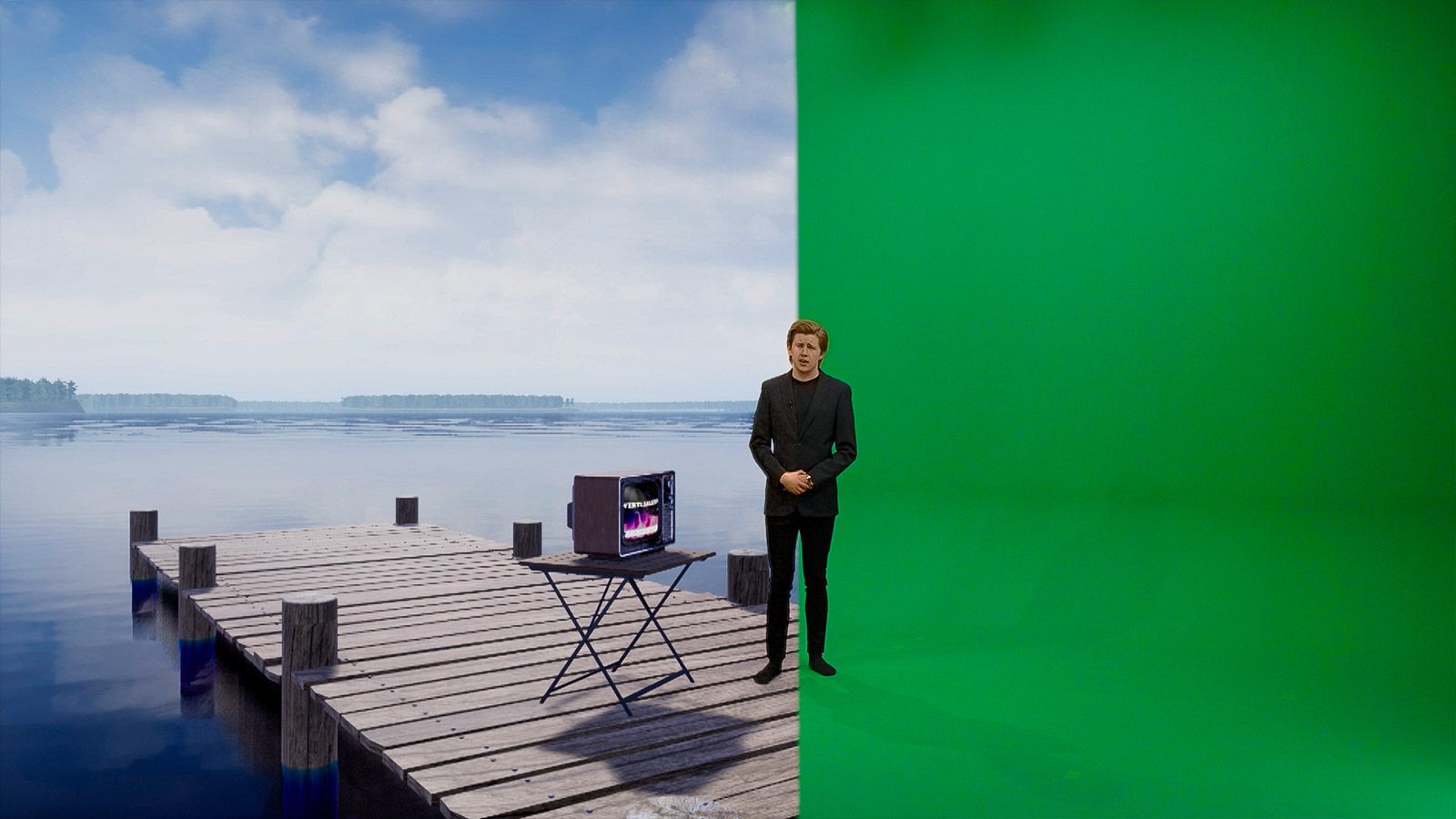 Mediacenter LIME is going to work with 20 companies and have many different pilots and events in their brand-new virtual studio. The goal is for the students to continue to experiment and explore the capabilities and limits of the technology, and to push it further. In the meantime, the local companies will benefit from novel use of technology for their events, product launches, press announcements and more. They have recently finalized their first project: the new Media House branch launch called “hilla group”. The students customized the virtual set for their use, as requested by Media House. Currently, they are gearing up for their next project. 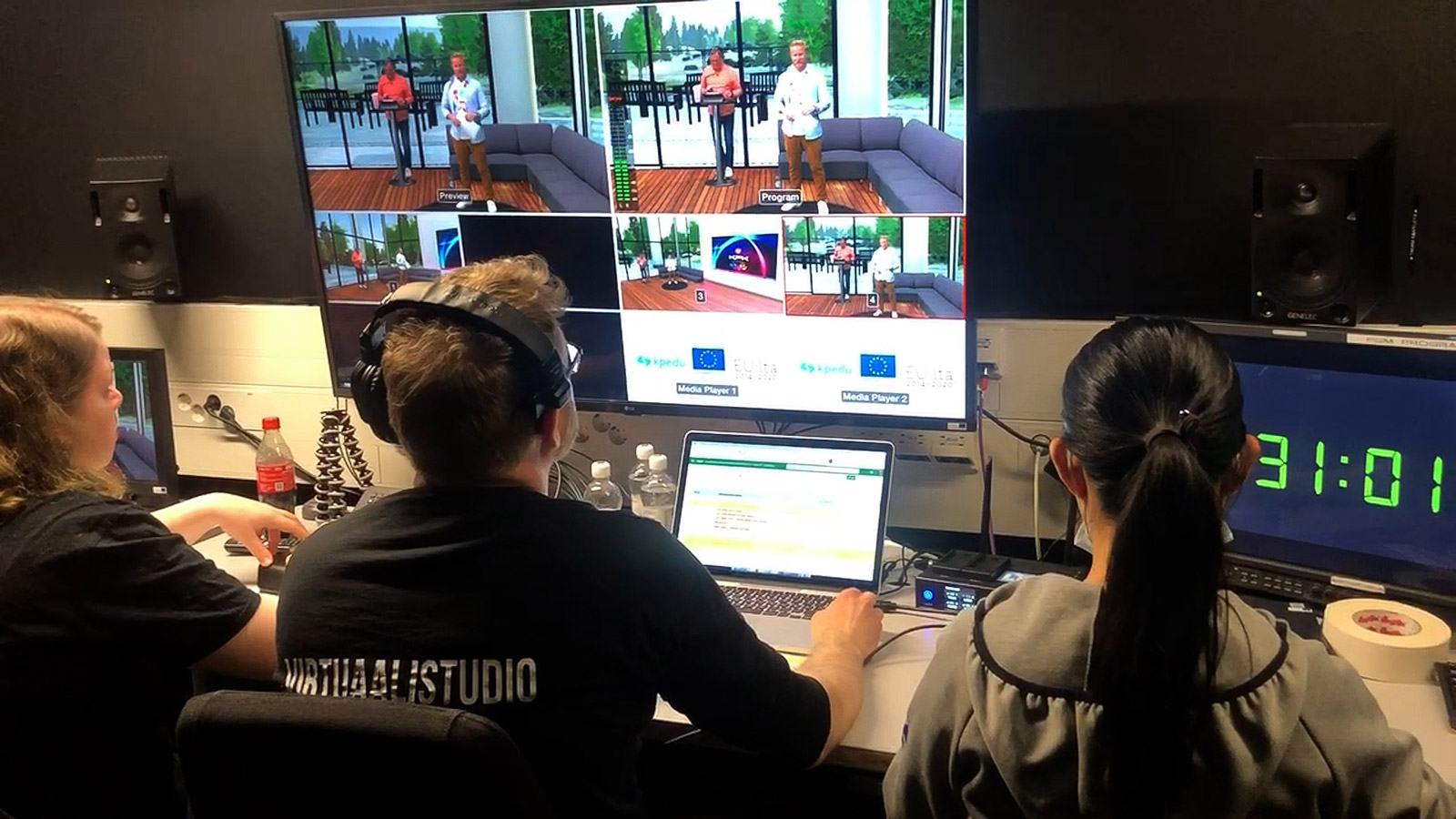 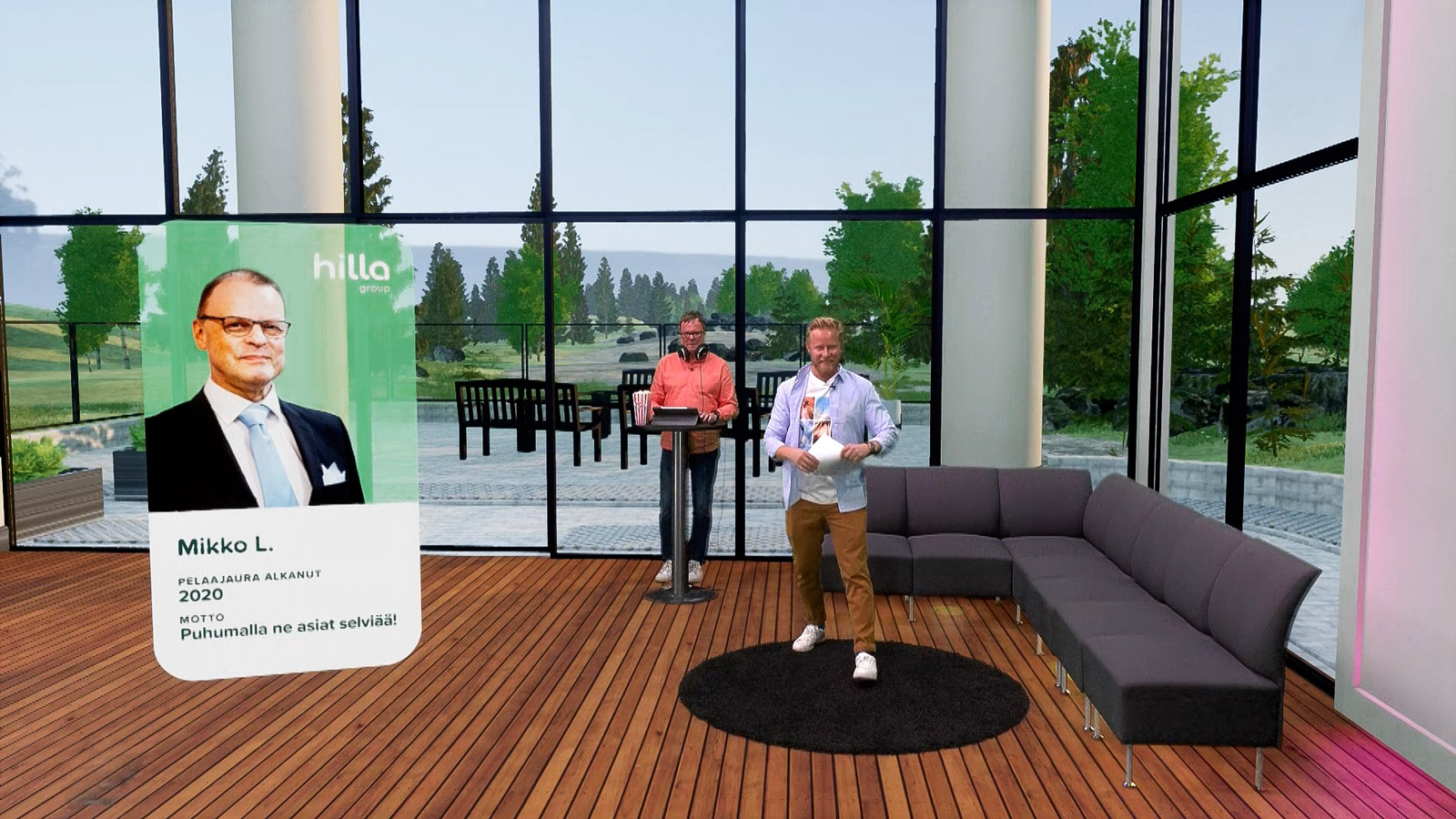 “I see a lot of great possibilities and opportunities for local companies. There are a lot of industries around here and they’re really happy to promote their new products in the studio. The biggest difference between a traditional big broadcaster system and an educational system is the complexity of the traditional. Here, we wanted to focus on Reality and Unreal, and leave everything else aside, make it simple and easy-to-understand.” adds Petrus Palola.

Paving the way to a bright future for students

With the virtual studio, Mediacenter LIME is training students at a didactic level into professional workflows: what they learn at Kpedu, they will be able to use directly in the professional world. They get hands-on education with the same virtual studio production technologies used by the world’s biggest broadcasters. All students work together just as they would at a small-scale production company. This is an unparalleled opportunity to be offered by a school. 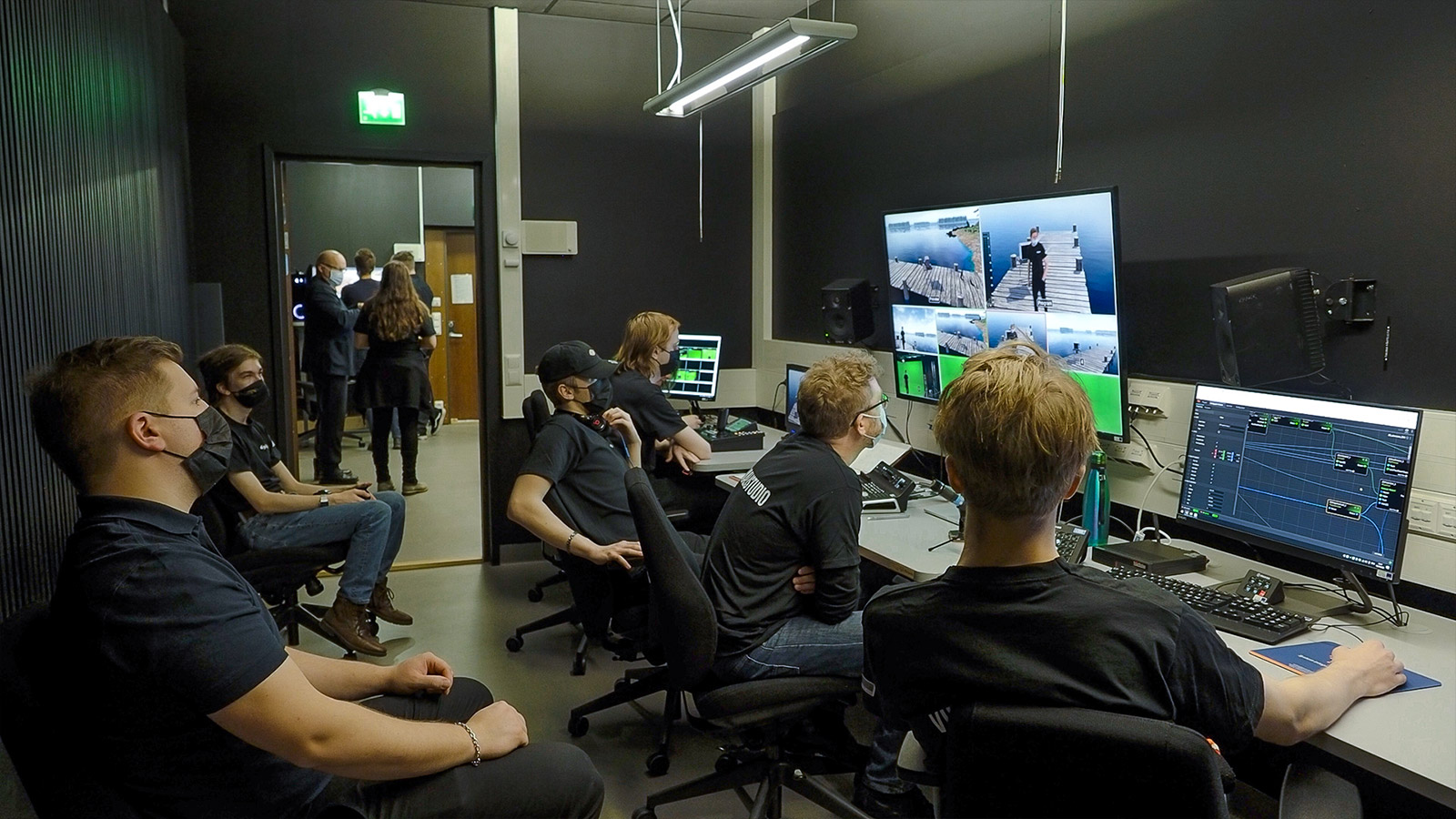 “It’s such a groundbreaking technology that we’re working with. The capabilities with this kind of virtual environment is unlimited. Genuinely, the sky is the limit.” says the Kpedu student Markus Heikkinen: “Having the actual experience with it, that’s going to open incredible opportunities here. Currently, the only big manufacturer of this type of video production is our national news service “YLE”. I definitely see myself working there in the future.”

Zero Density technology is becoming a hot commodity in the professional world. Educational institutions are discovering that its usage is limited only by imagination. Also, the student engagement with the technology is quite solid.

Want to train the next generation of media professionals for a bright future with Zero Density’s industry-leading virtual studio technology? Get in touch with the Zero Density team! We offer a fully integrated ecosystem of software, hardware, training, and support.