DreamWall’s Thibault Baras discussed the secrets to creating real-time graphics for sports broadcasts in this talk, which took place as part of our Real-Time November webinar series.

The DreamWall team has used Zero Density products for the past five years, and we’re pleased to have featured Thibault Baras, DreamWall’s Media Solution General Manager, at our Real-Time November webinar last month.  There, he discussed DreamWall’s work on live sports broadcast projects with Reality-powered virtual studio and AR graphics.

He began by sharing several examples of shows that DreamWall has helped deliver, such as TF1’s World Cup, the Star Sports ICC Cricket World Cup, and award-winning RTBF’s UEFA Europa League. He underlined how each channel utilized the latest technology in its unique storytelling. Thibault Baras also touched upon how important it is for the technology used on virtual studio and augmented reality productions to be reliable. These shows are on-air for between 3 and 7 hours depending on the sport, and nothing can fail. The technology also needs to be flexible so it can be used for different applications, as demonstrated during DreamWall’s work with TF1. 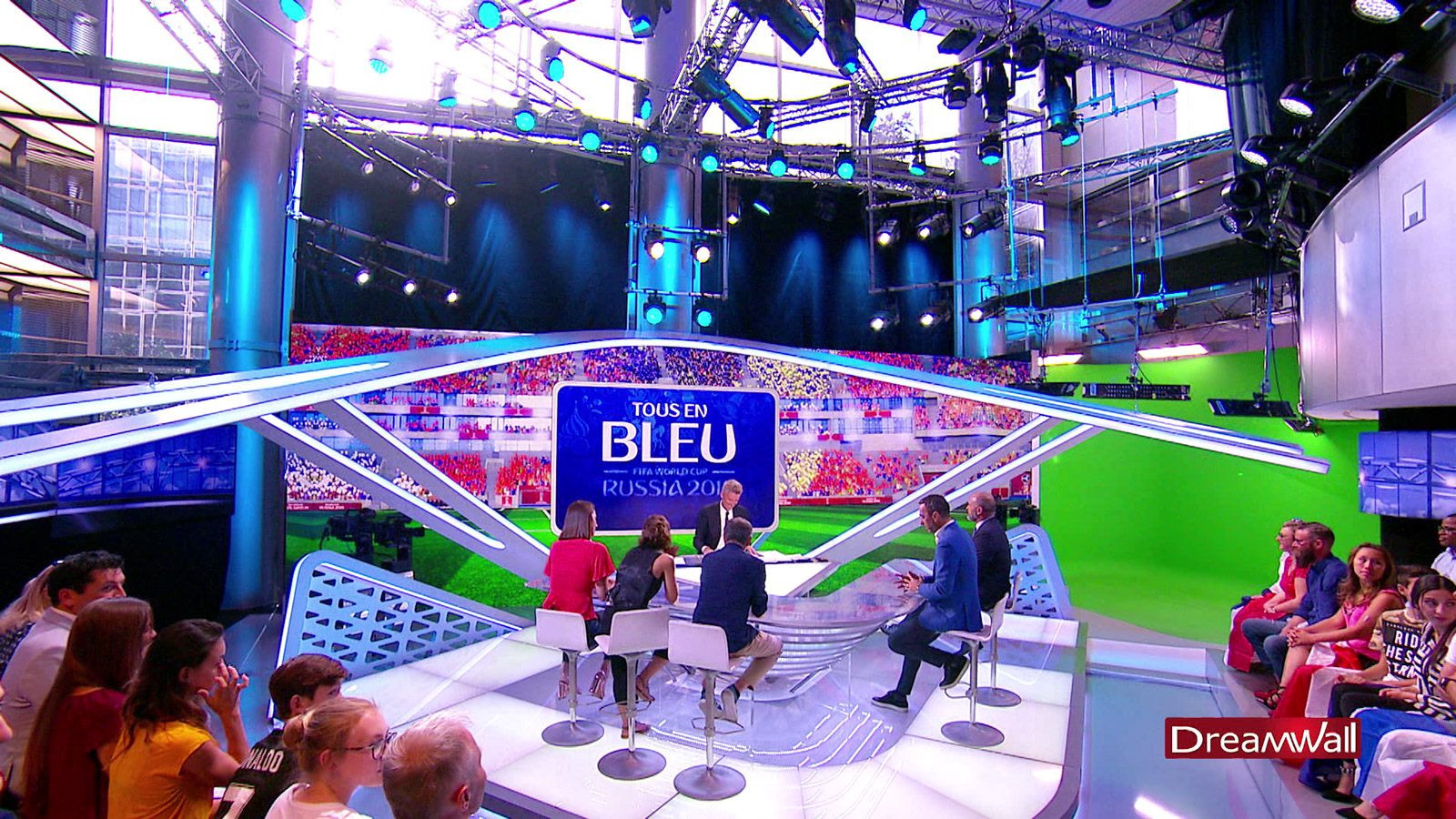 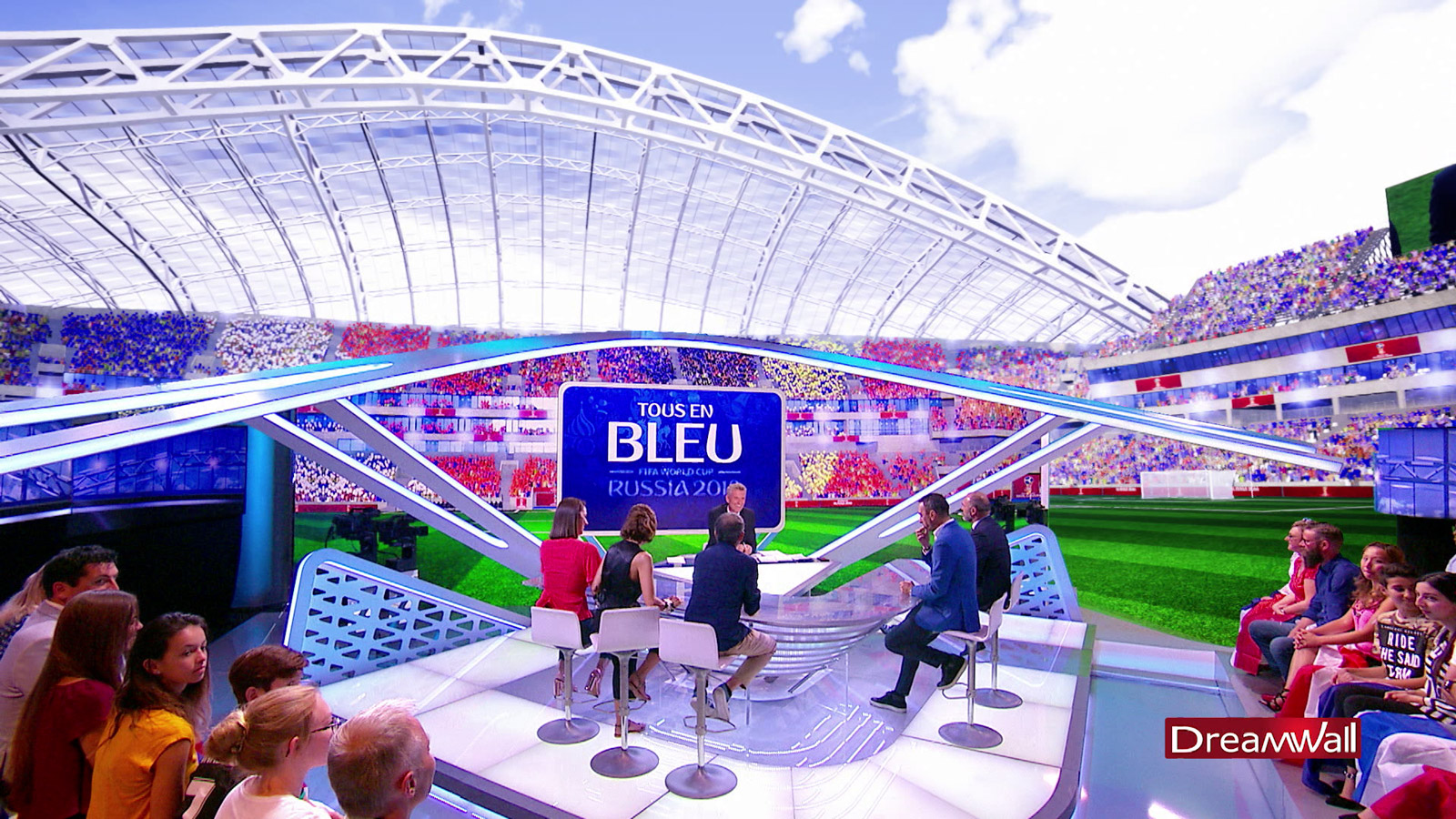 For TF1’s epic World Cup broadcast, the DreamWall team built a portal window effect with an LED wall, a set extension to create an open-air stadium effect, and a coffee room-sized virtual studio to test the limits of storytelling, all powered by Reality. Last but not least, Baras talked about the innovation and creativity broadcasters ask for in their productions. Sports programs utilize virtual studio and augmented reality technologies to add another dimension to their sets and achieve results that are hard to accomplish physically. 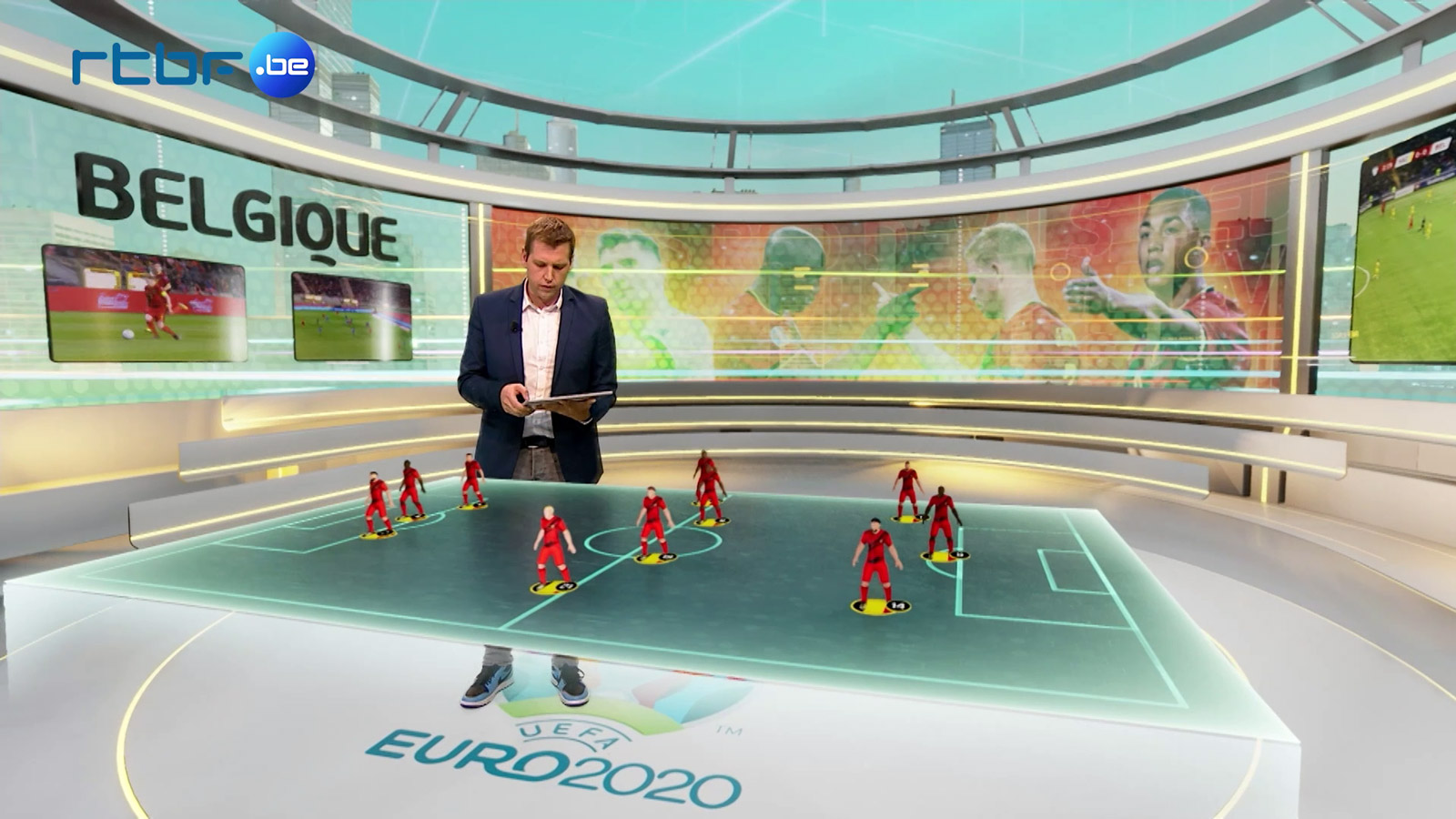 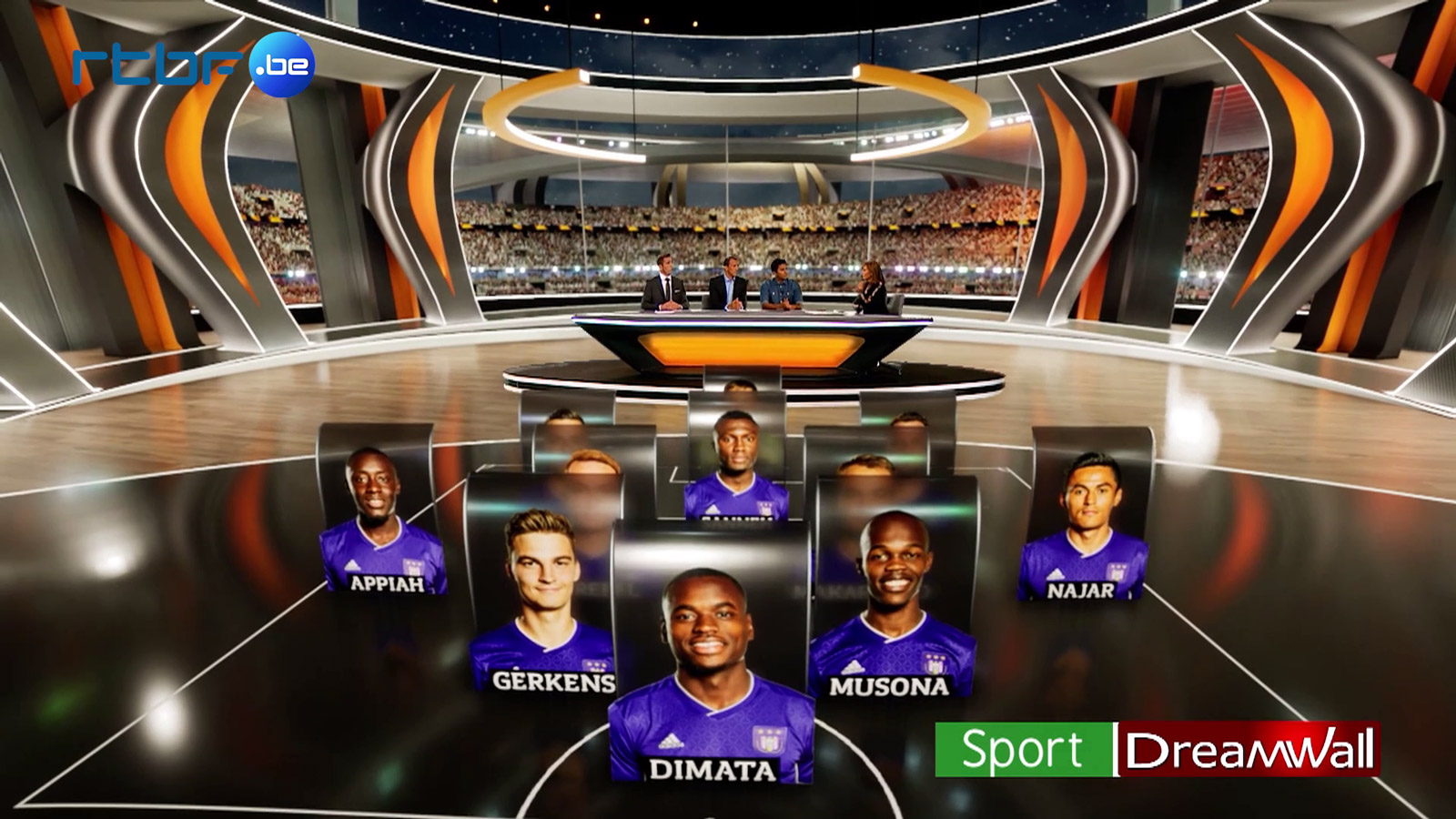 In-studio graphics are not completely different from reporting from the field if not less complex. Thibault Baras initially talked about teleportation, the application that makes science fiction a reality. This application is widely used in the last couple of years where remote production was pushed forward by the pandemic but DreamWall is one of the pioneers in hyperrealistic teleportation applications dating back to 2019 with Eden Hazard. Later on, DreamWall took it a step further and started teleporting football stars behind a real element -a desk.

Background on the application: Remote location sets up a small greenbox for the interview. Initially, the sound and picture is transmitted to the main studio as it is. Then the remote location adjusts the angle of the view according to the main studio. Video input is keyed with Reality Keyer and placed in a billboard using Reality Engine.  The billboard can be placed inside the main studio as an augmented reality element. Voilà! You have a photo-realistic augmented guest on your set that could be transmitted from anywhere in the world. 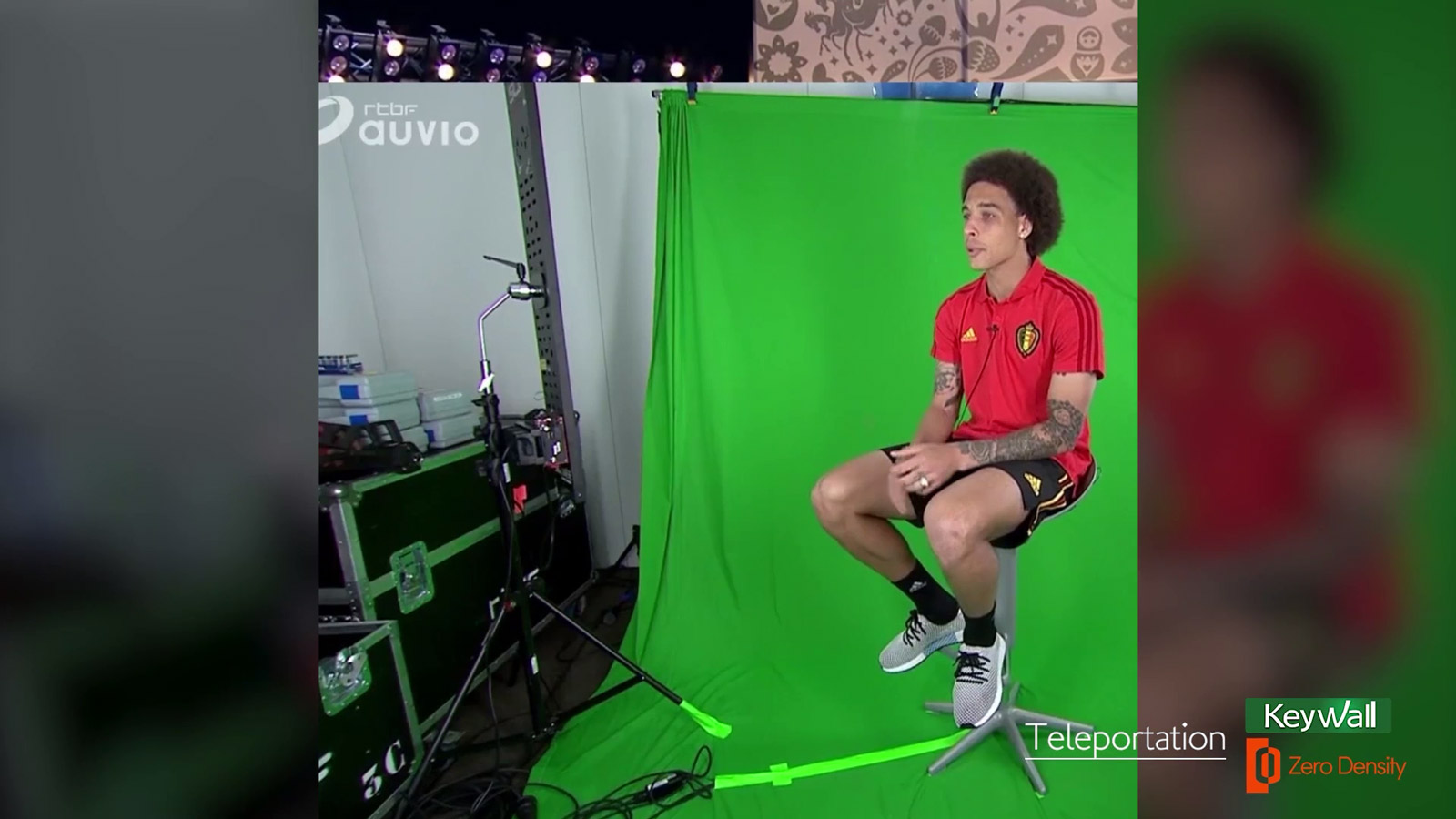 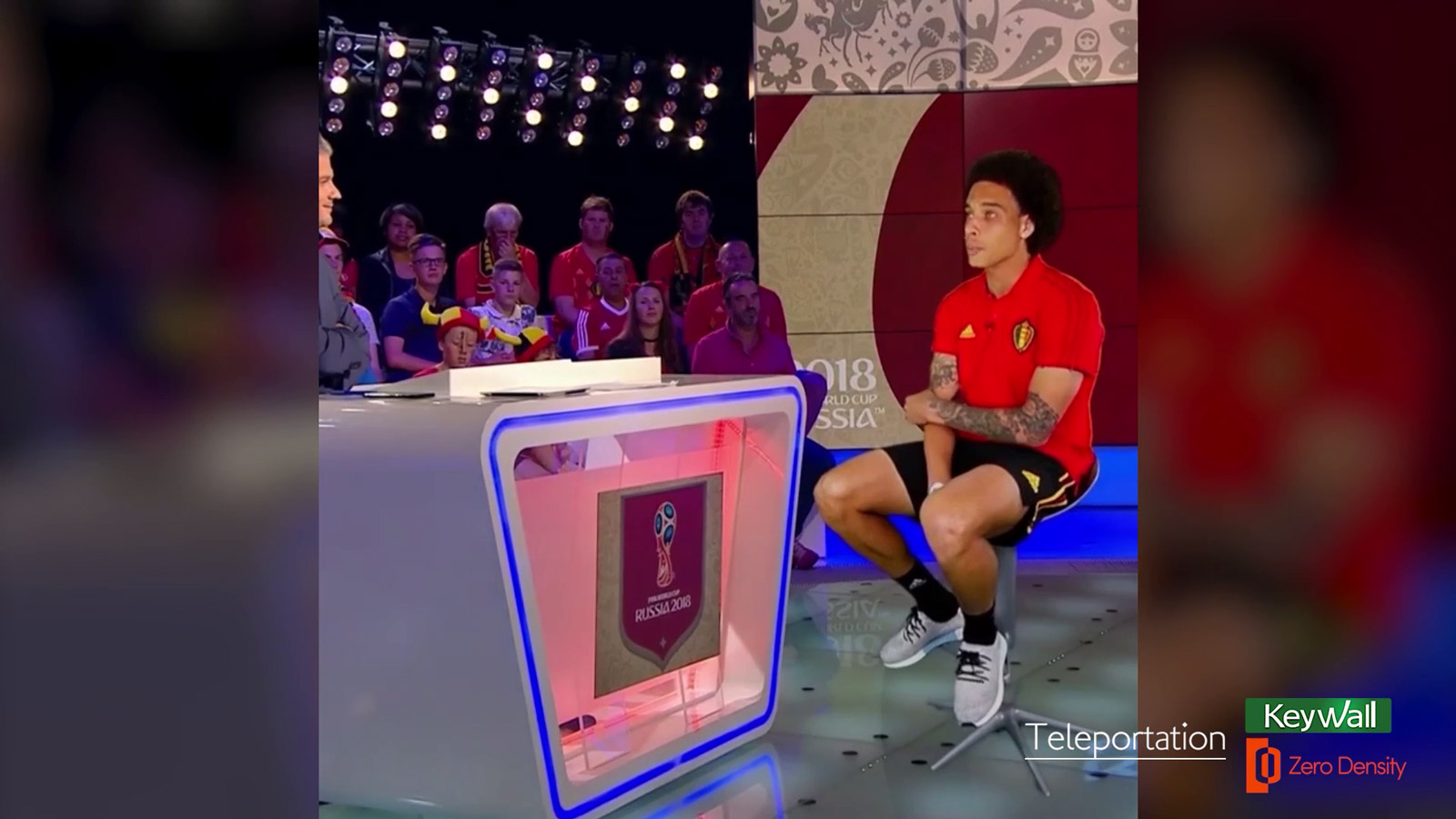 According to Thibault Baras, reporting from the field can also benefit from dynamic augmented reality elements. DreamWall’s latest production with ELEVEN during the Belgian Pro League was shortlisted at the Broadcast Tech Awards 2021 for the Creative Use of AR. He explained that reporting from the field involved another setup in addition to the main studio but it brings another way of thinking for presenting the games and more dynamism. In ELEVEN’s case, only one camera on a small crane and one operator provided captivating AR visuals for the audience. 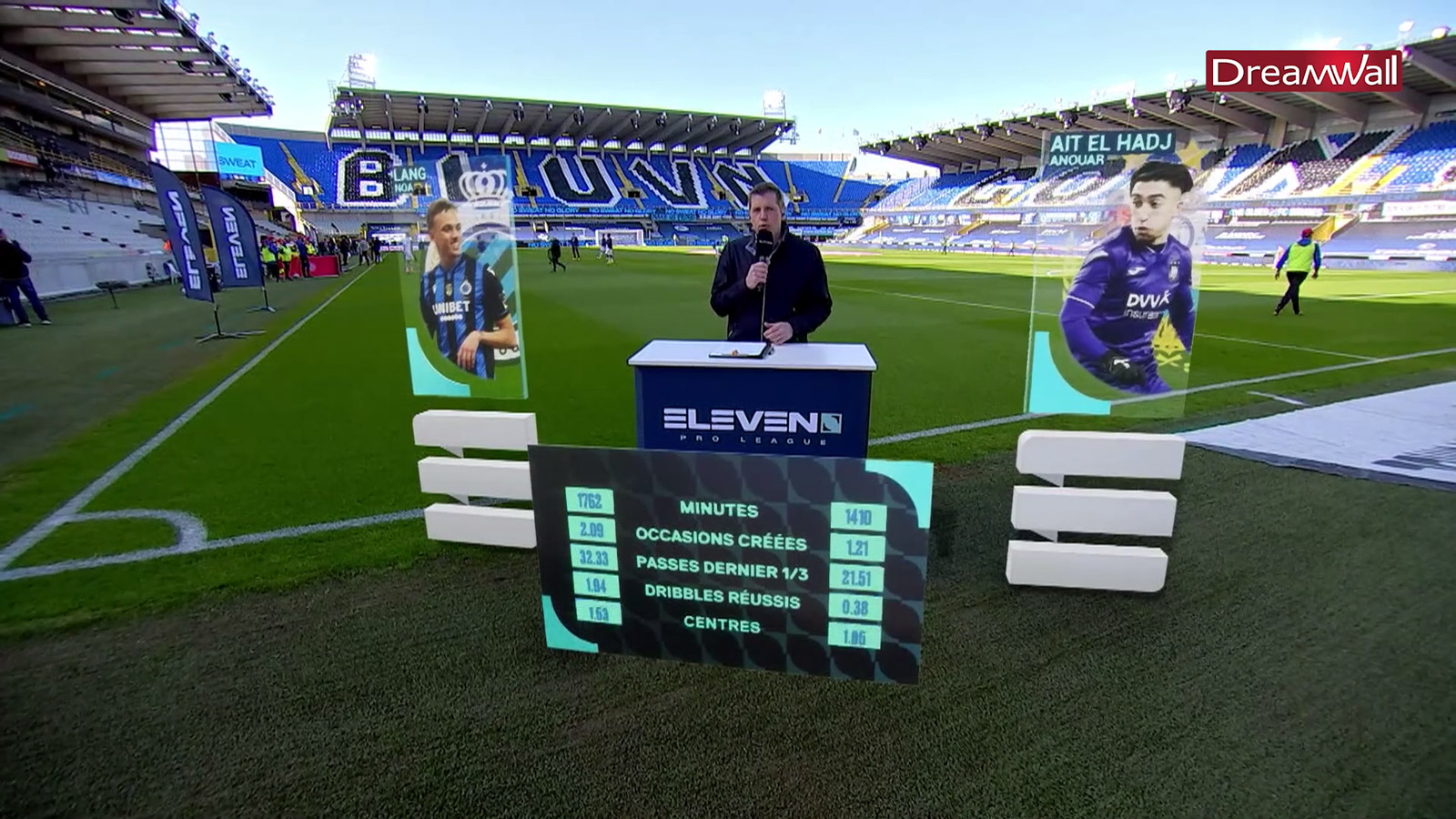 Baras discussed leveraging stadiums with augmented reality on the last leg of the webinar. Utilizing AR on the stadiums provides a unique entertainment atmosphere to the audience and more visibility to sponsors, which is possible for any sports club, federation or event organizer. Baras walked the audience through enhanced stadium case studies with numerous videos, such as adding another line of sponsor advertisements on the benches, animated players, and scoreboards. He even showed one recent proof of concept that built an entire stadium extension in virtual, adding a second tier of stands to smaller stadiums to turn them from single to multi-level venues. 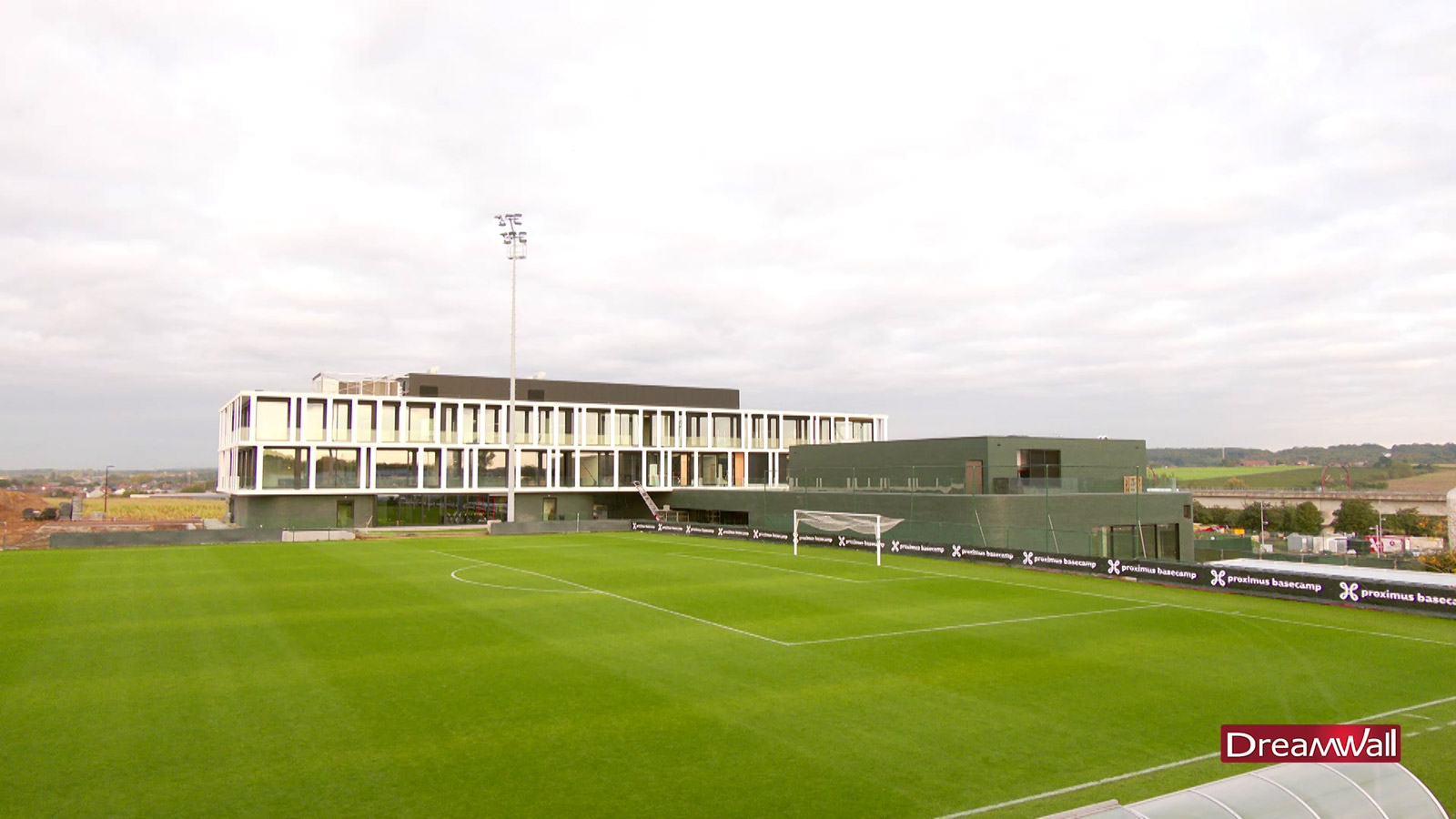 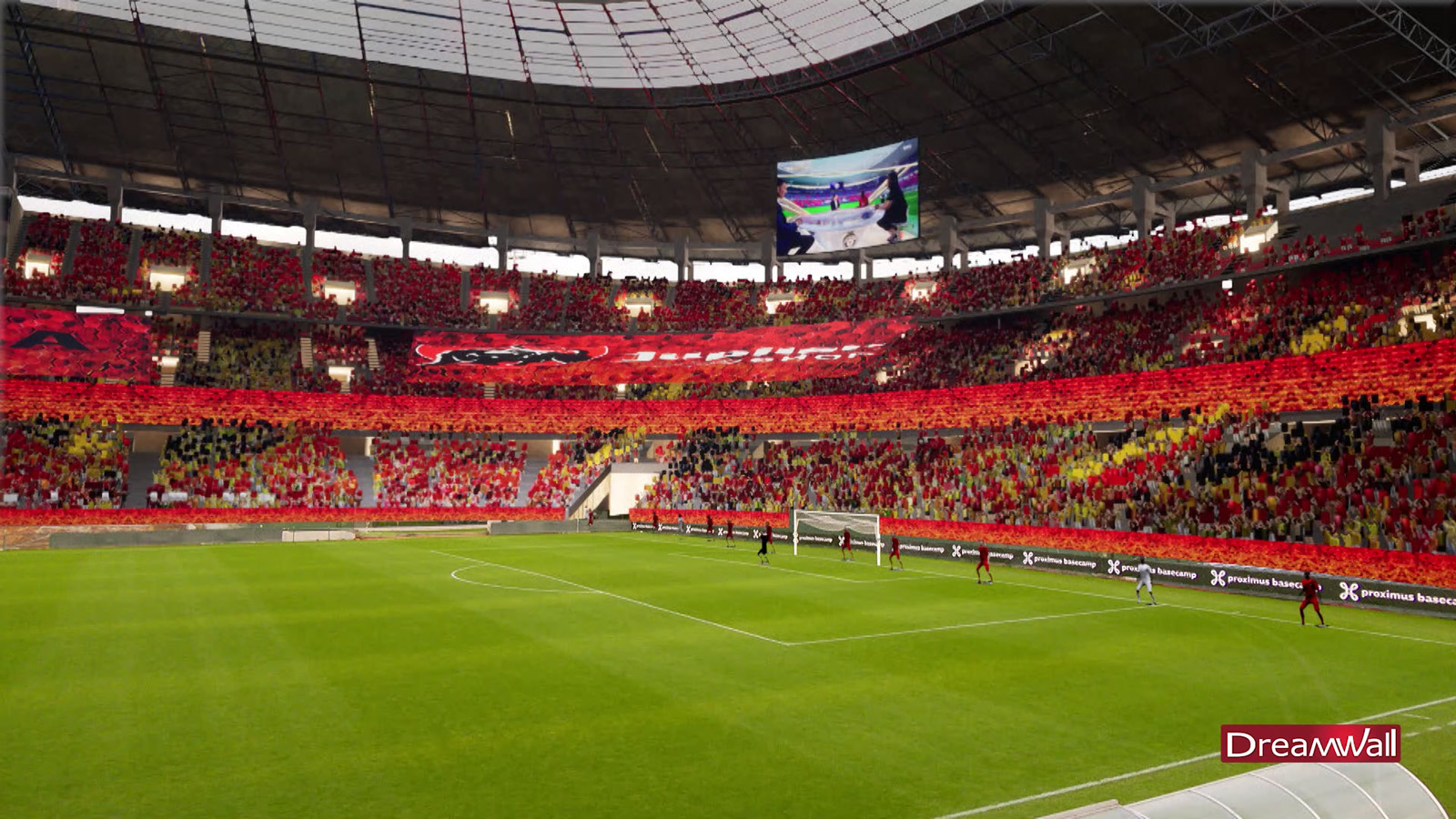 Baras underlines that major events such as the World Cup or Europa League may not need extra stimulation for its audience watching the game at home. Still, smaller clubs and leagues might get a considerable benefit from the application to build an engaged audience base. 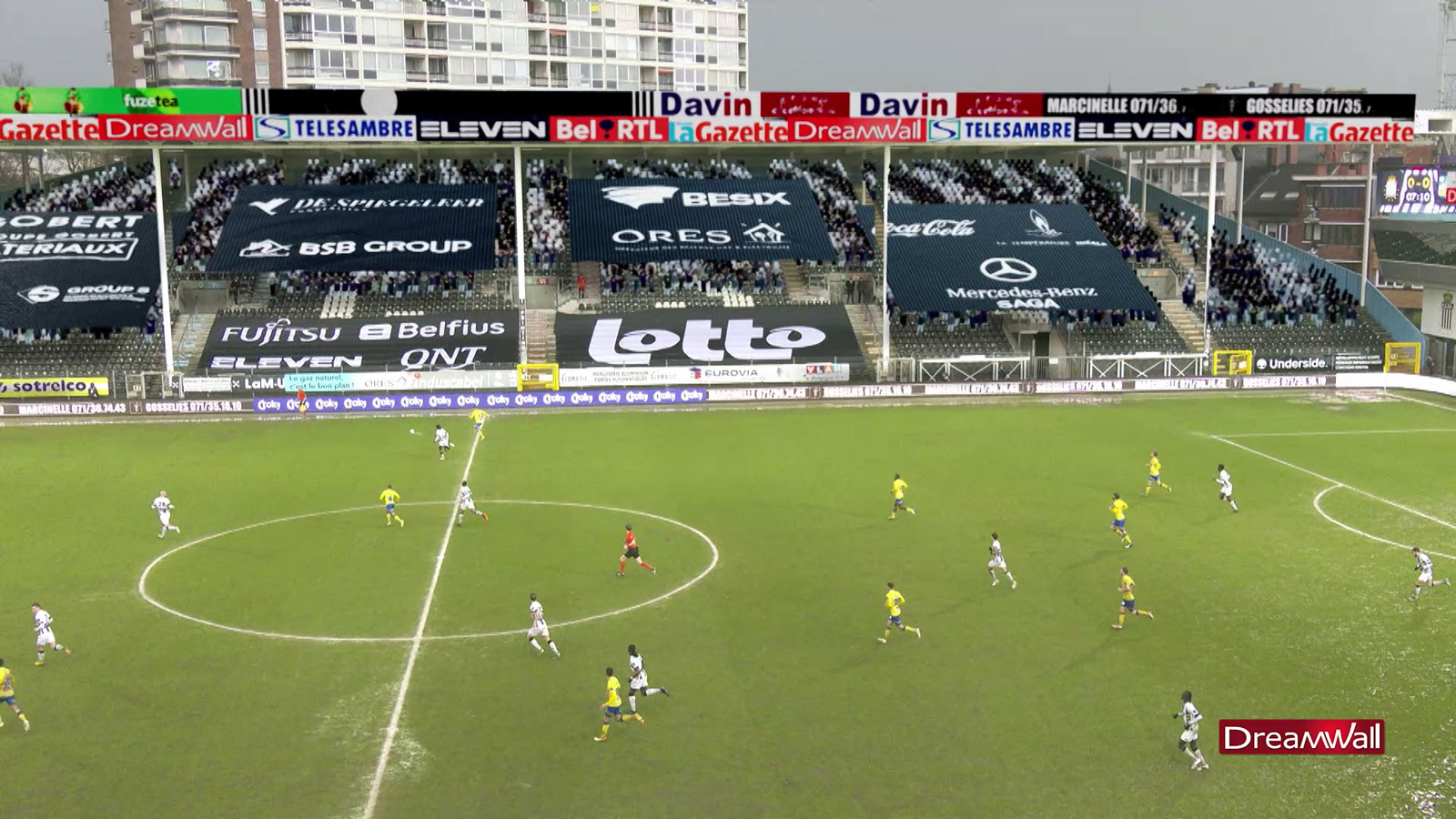 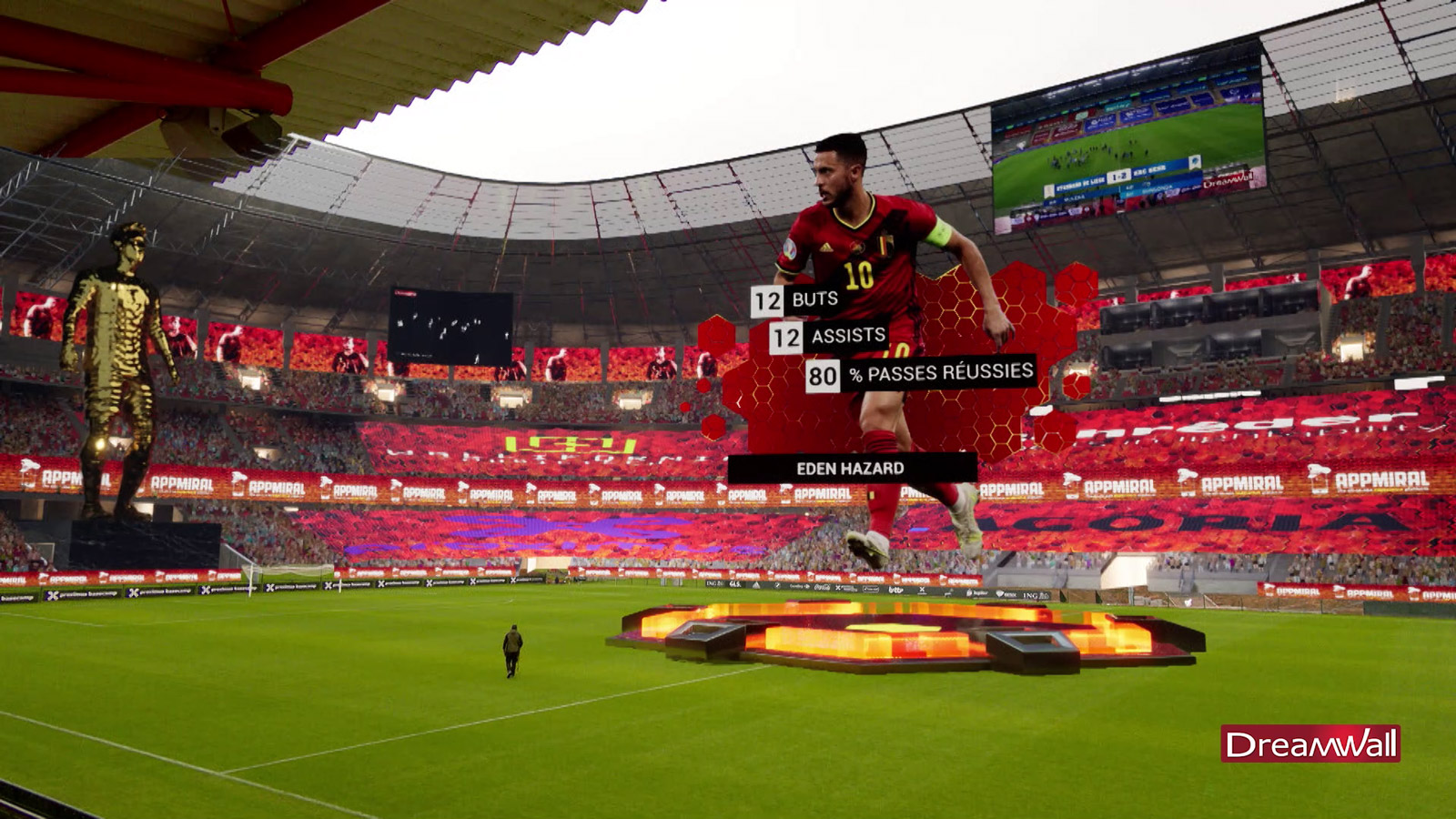