*This article was originally published in FEED Magazine Autumn issue.

With broadcasters wanting live graphics of the highest quality, Zero Density offers a hardware-charged option for photorealistic compositing. This year’s opening of the new Zero Density office in Atlanta is the latest step in bringing the company’s real-time broadcast graphics and virtual sets system to global broadcasting. Zero Density’s Reality Engine is a hyper-realistic rendering and compositing system, powered by Unreal Engine.

The company has now turned to supporting major broadcasters, who demand high performance and zero downtime. The result is RealityEngine AMPERE, a dedicated hardware workstation for real-time virtual sets and broadcast graphics.

“What we sell and develop has been a software technology,” explains Onur Can Gulenc, Zero Density sales manager for Central and Eastern US. “With live TV, there’s no margin for error. There’s no room for frame drops, crashes or glitches of any kind.”

“If you buy off-the-shelf hardware, you need to deal with a number of vendors. But instead, we can offer this package, engineered specifically for broadcast graphics and virtual studios, with probably the highest performance on the market.”

Dozens of the new product have shipped to broadcasters around the world from Zero Density headquarters in Europe. Starting from October, they will also have ready-to-ship units in the US.

The pandemic has changed what people believed possible for virtual sets and events. The necessity of creating new remote or distributed productions has now become a way of doing business.

This explosion of virtual events, the positive audience response, and additional revenue they can provide means virtual studios are likely to be an essential part of any video production going forward. This goes beyond broadcasters to Fortune 500 companies, who want photorealistic graphics for corporate events – and even the possibility to ‘teleport’, with live virtual appearances in a remote environment.

“I don’t think virtual production is going away. Clients and users have already experienced benefits. Even when things go back to normal after the pandemic, you will see a new appetite for this. “The response we have had from partners, customers and other potential clients has been amazing,” says Onur. 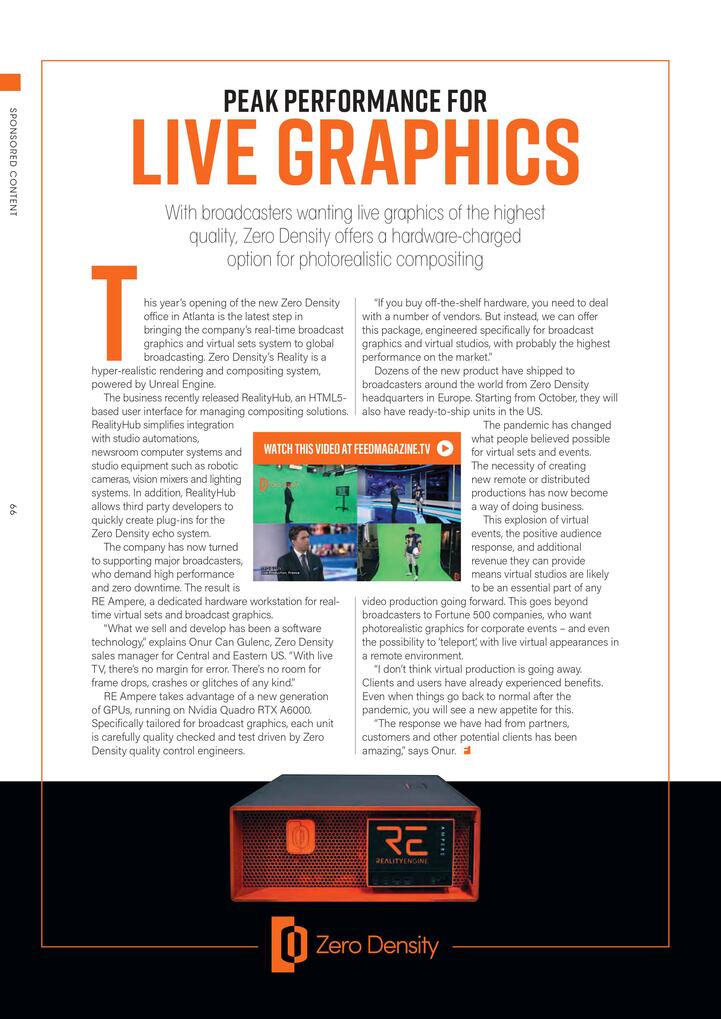