Great collaboration of the major names in the virtual production technology, Epic Games, Zero Density, Sony, and EZTrack for all cameras & object tracking, provided a streamlined workflow for live producers and operators during the Riot Games Valorant final events.

Tessellation‘s rigorous work of seamless DMX lighting on stage and the real-time switch of tracking position that follows the director’s camera added the vivid visualization of a complete 360 game environment. In another saying, the director’s camera was placed in the Valorant’s in-game world along with the professional players and presenters. Reality Engine enabled the breathtaking visuals coming from the director’s camera to reach the audience seamlessly. As a result, a world where the real meets the unreal immersed the viewers. 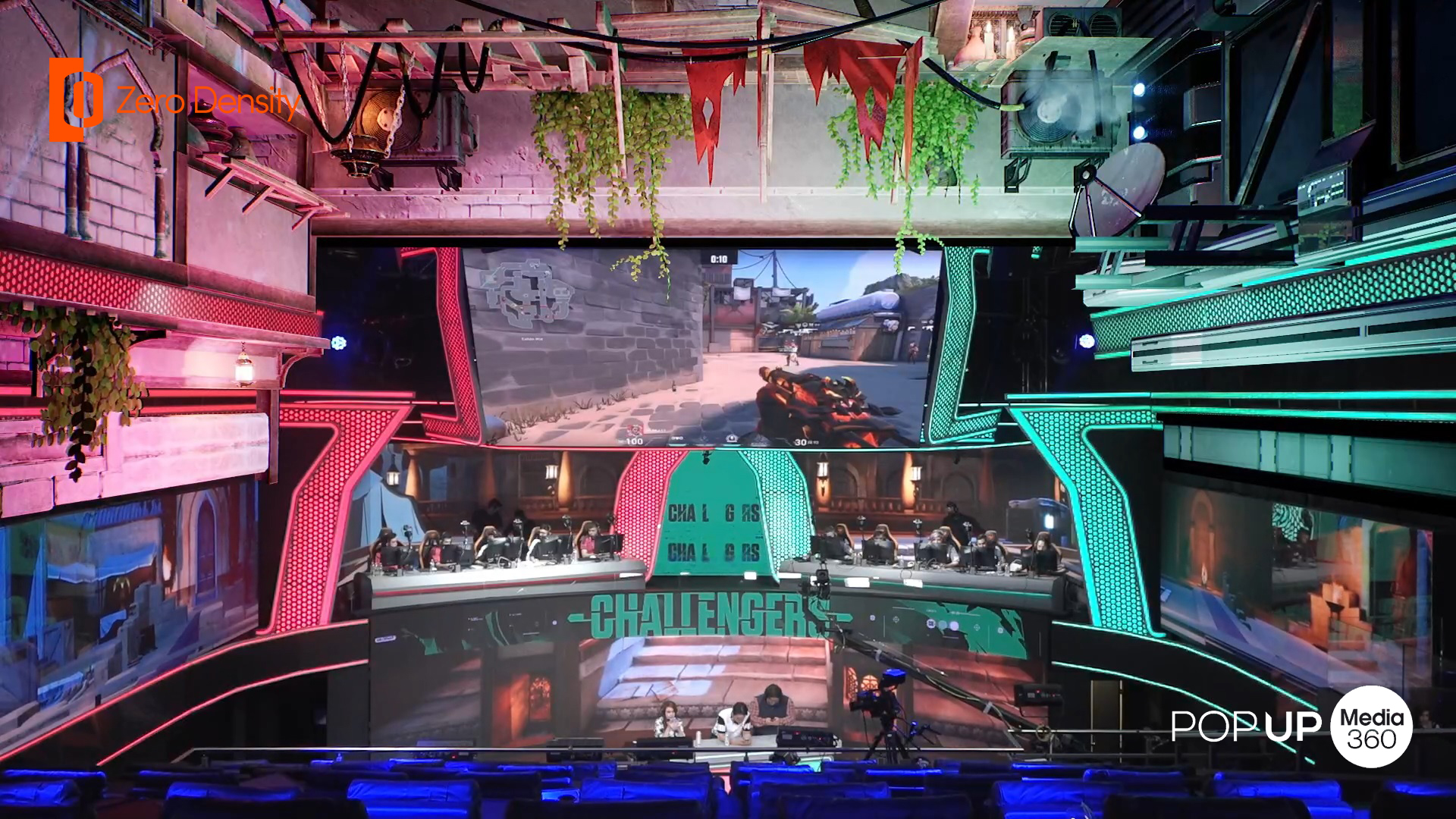 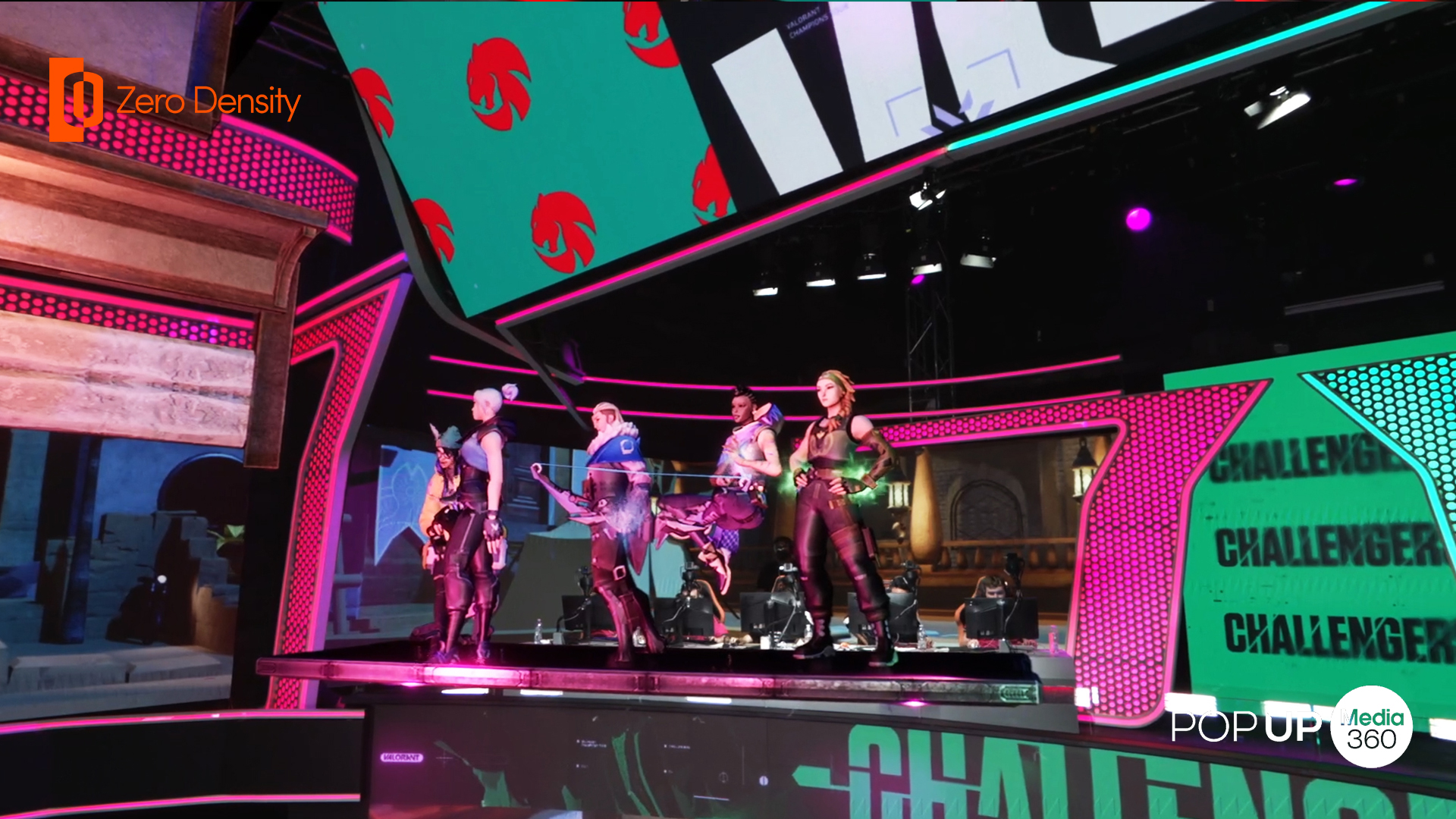 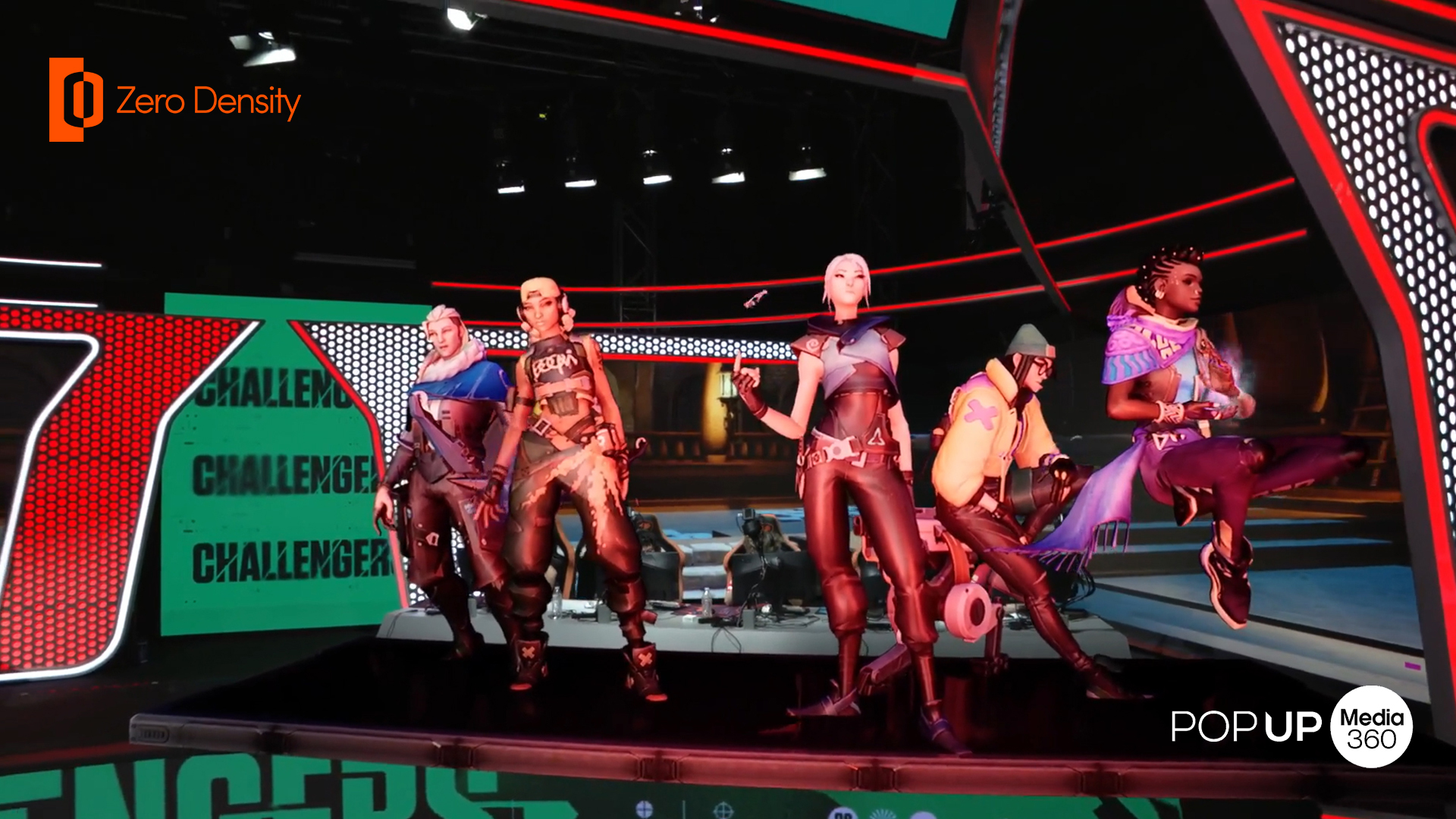 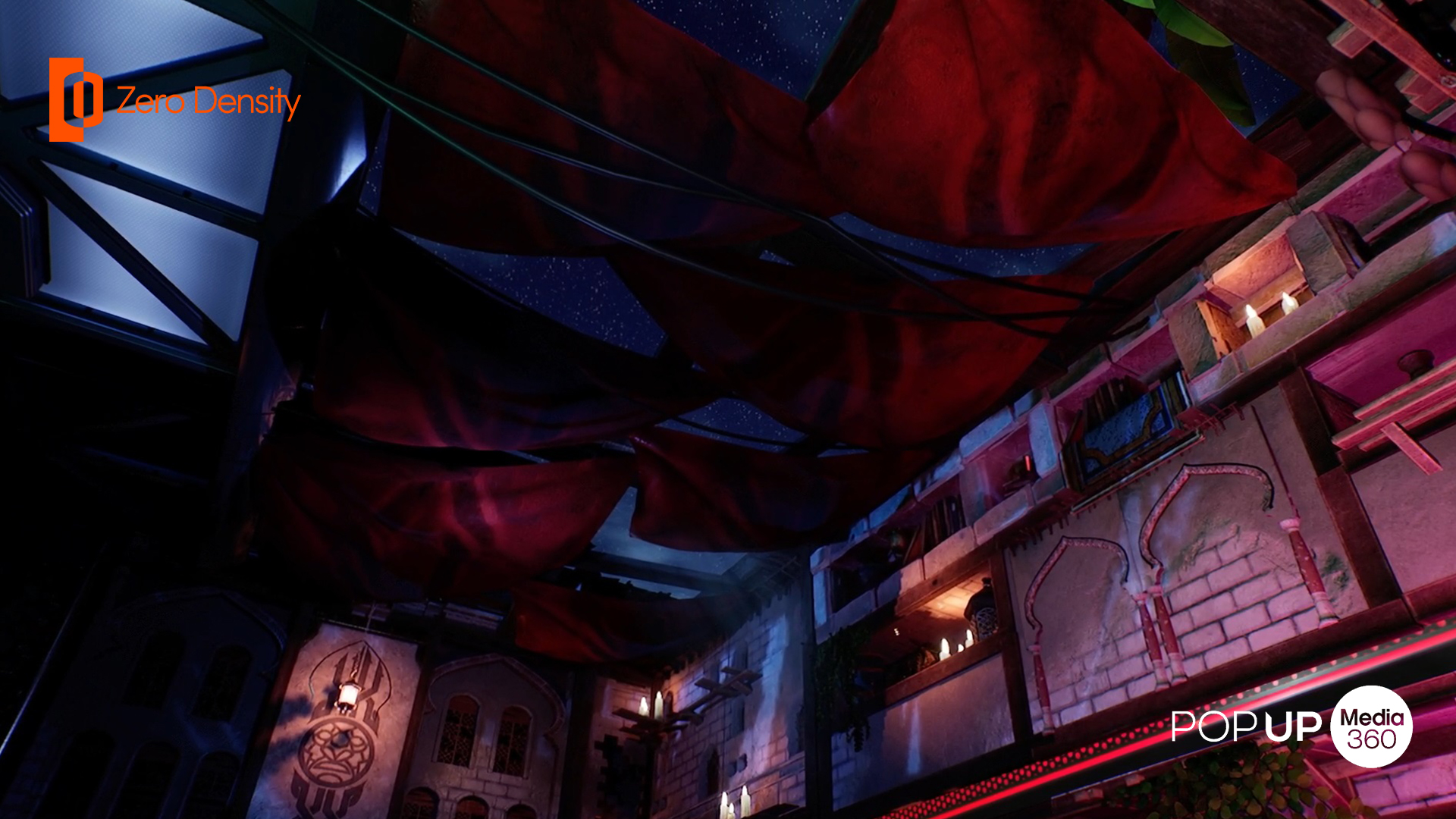 Riot Games wished to provide a superior competition experience by creating an immersive 3D environment for thousands of Valorant and e-sports fans who are watching online. AR characters popped up in front of the players in real-time when they made their picks. Ceiling extension enabled an extended reality that goes beyond the physical limitation of hard sets.  You can dress up a virtual set in areas outside the LED screen and present a seamless environment expansion. In the Valorant example, a virtual set created based on in-game images was dressed on the ceiling extension. The ceiling extension but also augmented reality elements were fed in real-time by Reality Engine. Reality Engine system easily connects to the videowall through SDI, HDMI or display port. 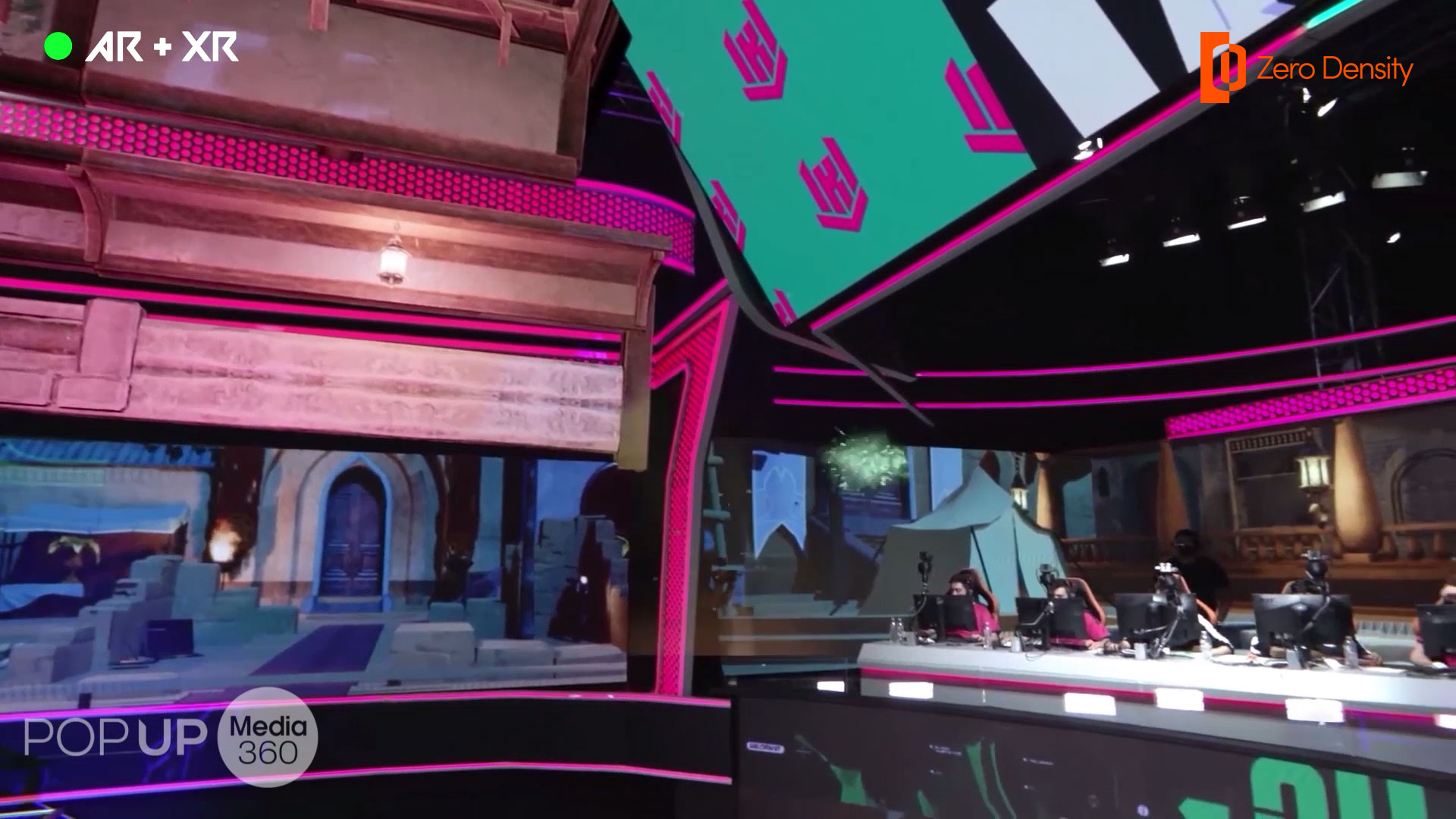 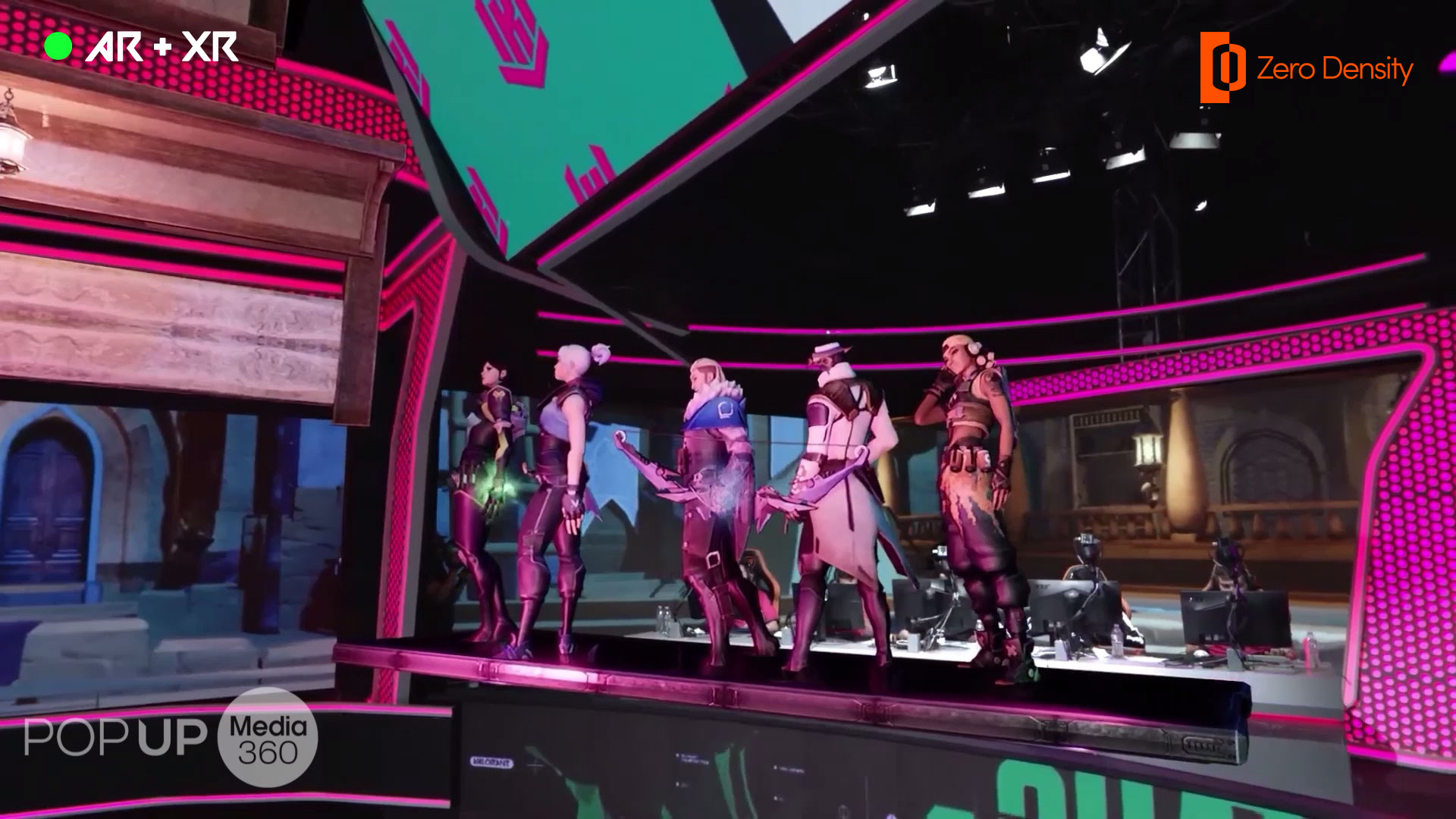 “We wanted our concept to enhance the Esports gaming experience. We are experts in combining different technologies that allow us to innovate in new and exciting ways to create different experiences for our clients.” says Ariel Stroh, CEO of PopUp Media 360.

6 Reality Engines powered the project in real-time; 3 Engines for the cameras, 1 Engine for the entire virtual environment, and 2 Engines for the five extended reality LED panels, including curved ones. In total, three cameras. 2 Sony PTZ and a crane with EZTrack, have been utilized for the breathtaking 2021 LATAM Valorant Finals.