Live events industry has faced unprecedented shifts in the last few years. However, the circumstances urged the industry to embrace the latest technologies, with in-person events switching to virtual events and artists connecting with fans through live streams. As professionals explored new frontiers, they found further opportunities for alternative event experiences. When combined with creative trailblaze and capable tools, pivoting to virtual events offers memorable immersive experiences to the audience.

Reality Engine is a real-time compositing platform that enables the creation of the most immersive content possible, utilized by various industries including live broadcast or streaming. With the advanced real-time visual effects capabilities, Reality ensured the most photo-realistic composite output possible for the emerging live virtual event industry.

In collaboration with SM Entertainment, DREAM MAKER spearheaded the reinvention of live events in the early 2020s, where South Korea’s famous K-POP bands stood in the center. The visionary duo founded Beyond Live, the world’s first online-paid concert platform where bands performed online for the global audience. The exemplary project had created a new way of communicating and immersing the audience when in-person events were impossible, taking advantage of Reality Engine‘s immense live production capabilities. So far, 13 virtual events/concerts have taken the viewers to another dimension in terms of interactivity, visual quality, and experience.

Production Director Yeon Geun Lee from DREAM MAKER explains that Beyond LIVE does not simply broadcast an offline concert live online.
Instead, it offers the audience visually enriched and various experiences beyond the physical limitations in time and space. By applying advanced technology such as AR, XR, real-time 3D graphics, distinctive camera works, and video chatting to lively performances of artists audience does not feel limited to their screens.

For example, superM can perform at the Colosseum; NCT 127 with a dragon that does not exist in the real world, at an ancient palace; Baekhyun can perform under the sea and jump into space. The audience can profoundly be immersed and enjoy the concert as Beyond LIVE adds backgrounds and objects, AR and XR technology that suit the best with the song’s concept.

The 3D augmented reality performances often took advantage of the portal window technology. Reality Engine can feed videowalls with high-resolution 3D graphics, and by using camera tracking data, videowalls are converted into a portal, opening to a virtual environment. Combining the portal window with the ceiling extension creates virtual studio capability without the green screen. Also, 3D elements can venture in and out of the portal window creating an impressive visual feast.

How do one million people fit inside a stadium? 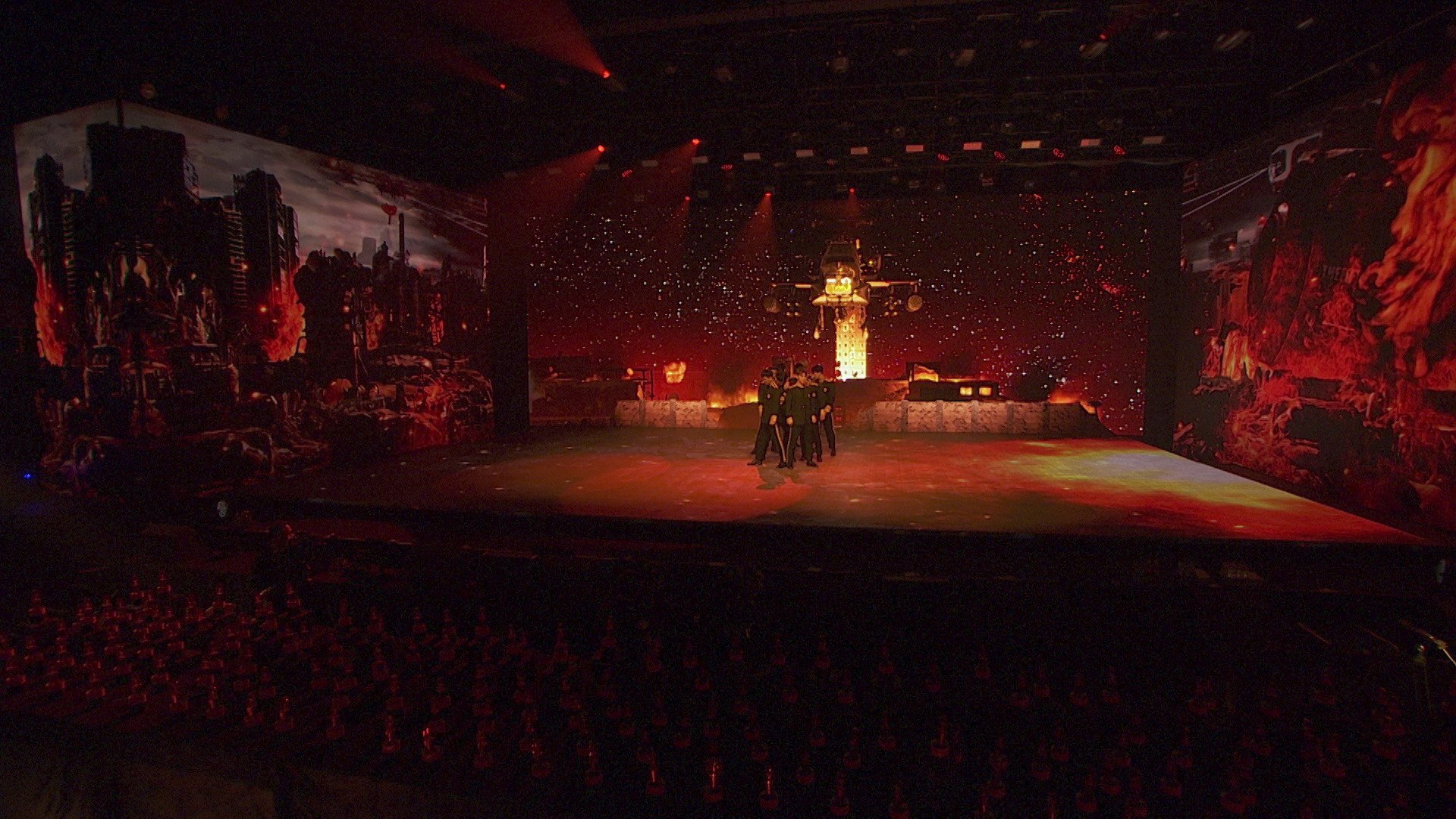 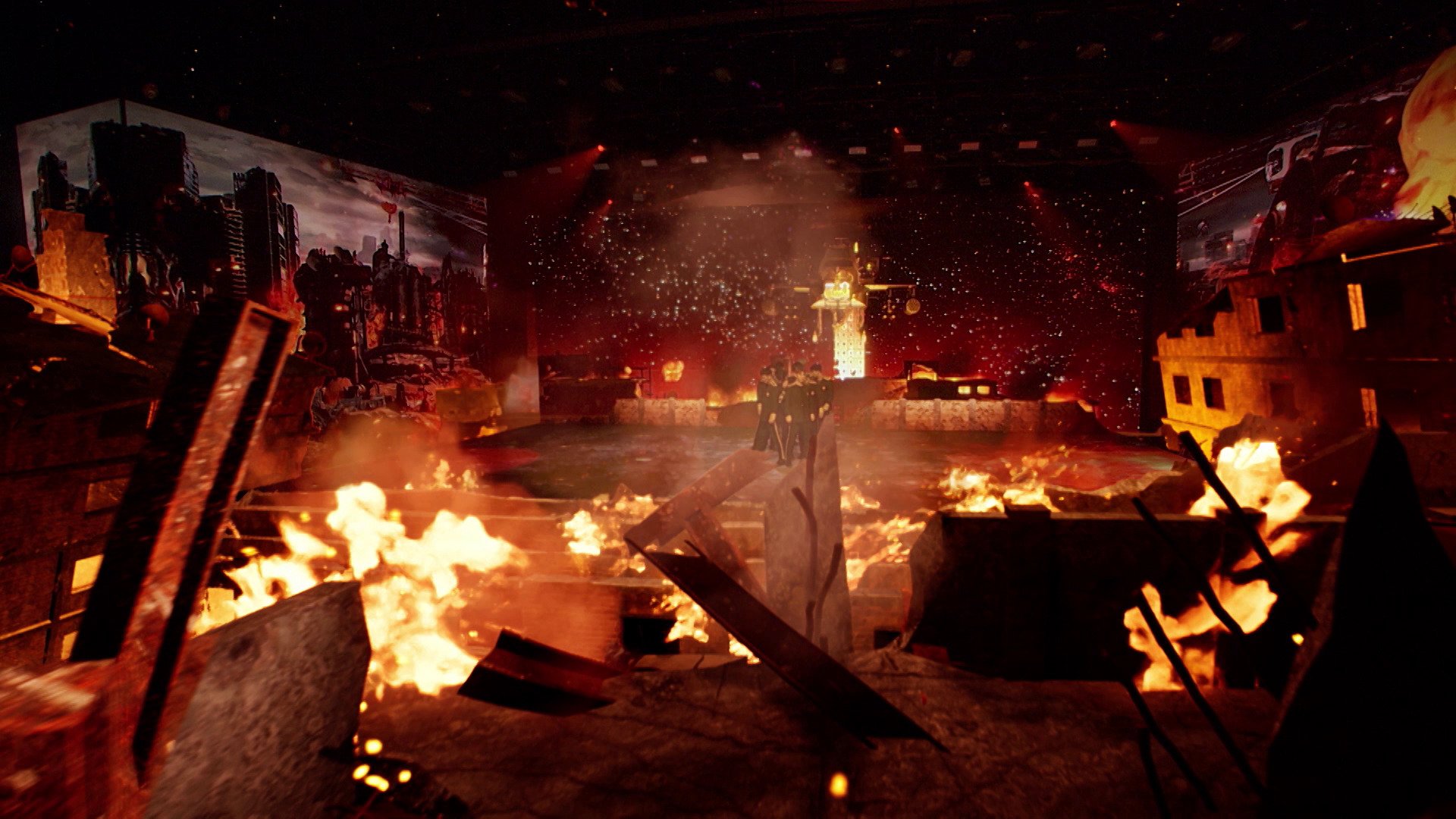 Besides the disruptive AR & XR technology and virtual sets, Beyond LIVE provides a new way of interaction between the artists and the audience with its mind-blowing multiple-video-chat-system. The system allows the audience to enjoy the performances united as one. Moreover, the audience delight in the freedom to watch their favorite group member thanks to the solo cameras dedicated to them and enjoy having their cheers and screams reach the stage by the real-time transmission, which adds more realism to the show.

Yeon Geun Lee also states that Beyond LIVE will bring synergy with offline performances in the near future. Beyond LIVE edges ahead with the overwhelming presence of the artists’ performance in connection with unique advanced technology from Zero Density, the exuberant camera works solo cameras for each member and the simultaneous enjoyment of a global audience beyond temporal and spatial limitation.

Zero Density’s regional partner SAMA has undertaken Reality integration and installation. Beyond LIVE has numerous virtual concerts lined up until the end of the year.