*This article is originally published on film-tv-video

During the production of last fall’s season of Terra X, KST Moschkau supported ZDF with a virtual studio production at the Innovation Center.

Last fall, ZDF was a guest at KST Moschkau and produced the frame story and narrative passages for three episodes of “Terra X: Fascination Earth” at the Innovation Center there. These episodes are “Extreme worlds – The invisible network“, “Survival – Planet in transition” and “The taming of the wild planet“, which were broadcasted in November 2021 as a part of the Terra X series. You can still watch them on the ZDF website.

Normally, the presenter Dirk Steffens is on the road in the world history and shows exciting, spectacular stories and explanatory pieces in his documentaries – directly on location, from the most remote corners of the planet: He has already traveled to more than 120 countries on all the continents. But his visit to KST Moschkau’s virtual studio took him to a completely different world: Here, the background is virtually created in the green screen studio using real-time rendering. 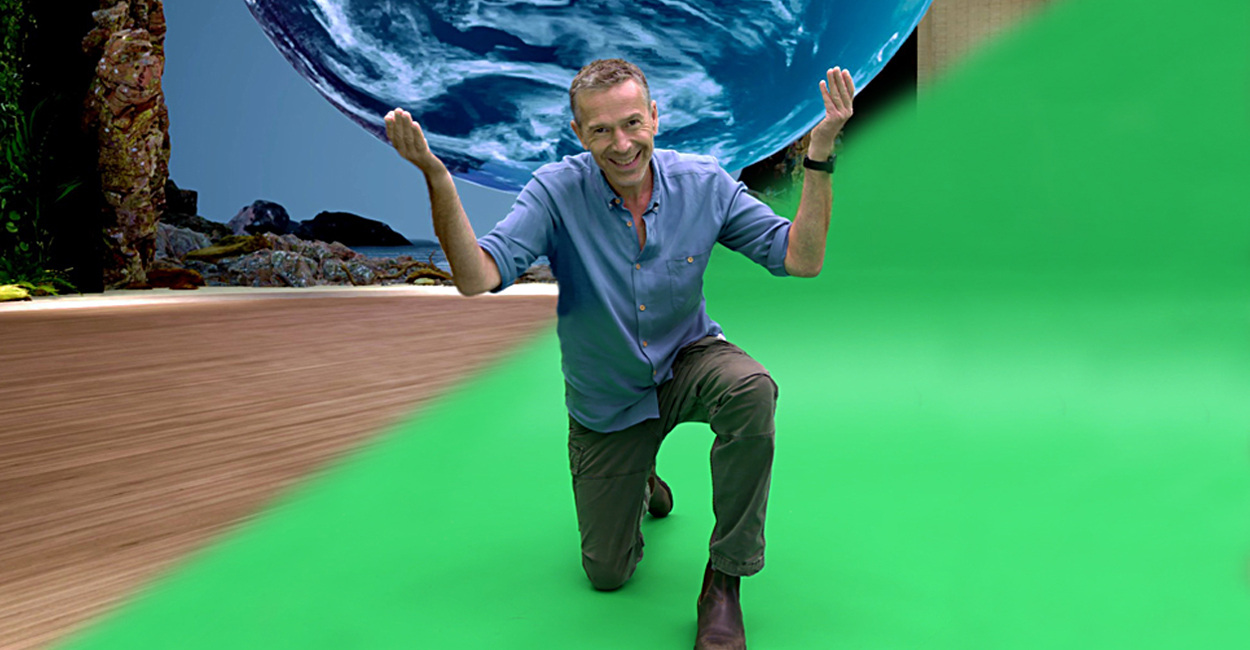 Axel Moschkau explains the story behind it: “ZDF Digital was interested in the virtual studio workflow that we have implemented in our Innovation Center and can demonstrate at any time. It is based on a green screen studio with Panasonic cameras mounted on CamBot robots, Zero Density’s real-time graphics solution Reality, and Panasonic’s video mixer/production core Kairos.” 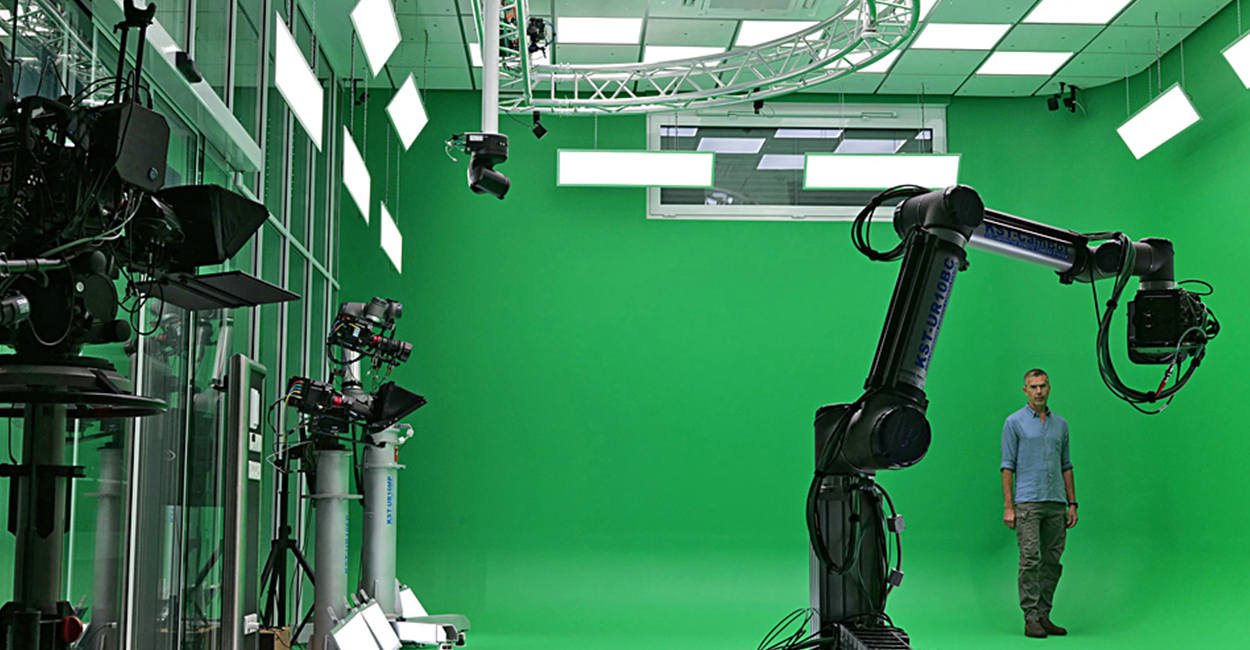 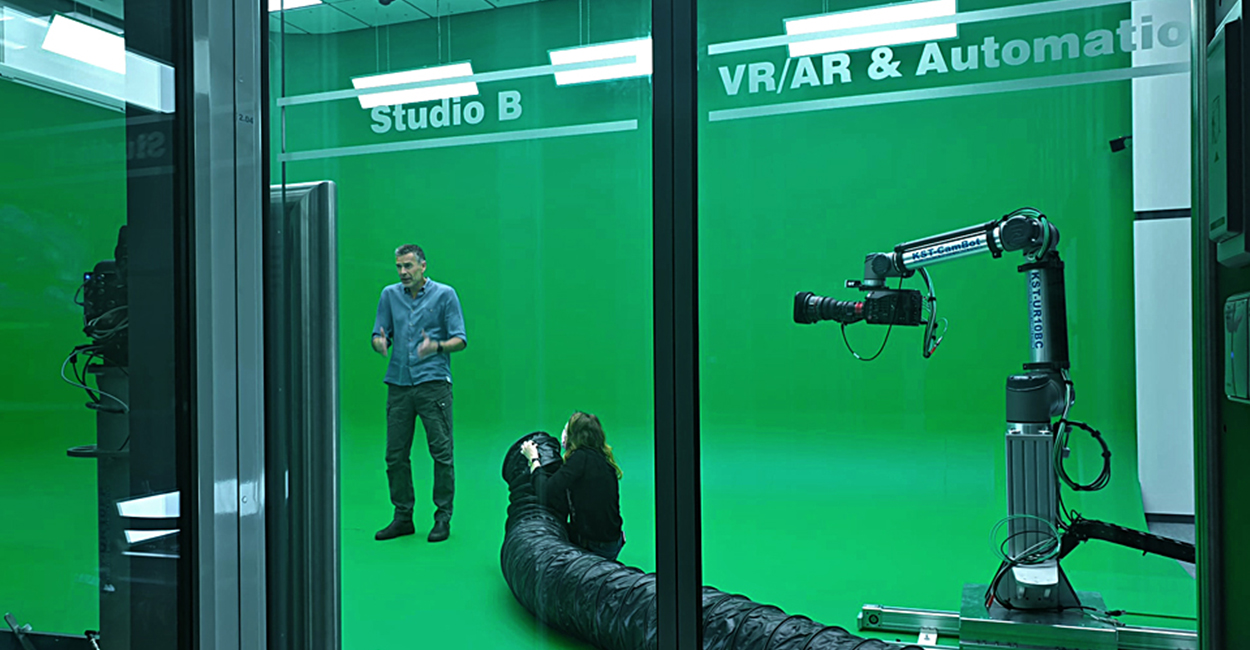 “After a visit to KST Innovation Center, we agreed with ZDF that we would test our technology together in a test production. That’s how the connection and explanation elements of three Terra X episodes were ultimately created.” 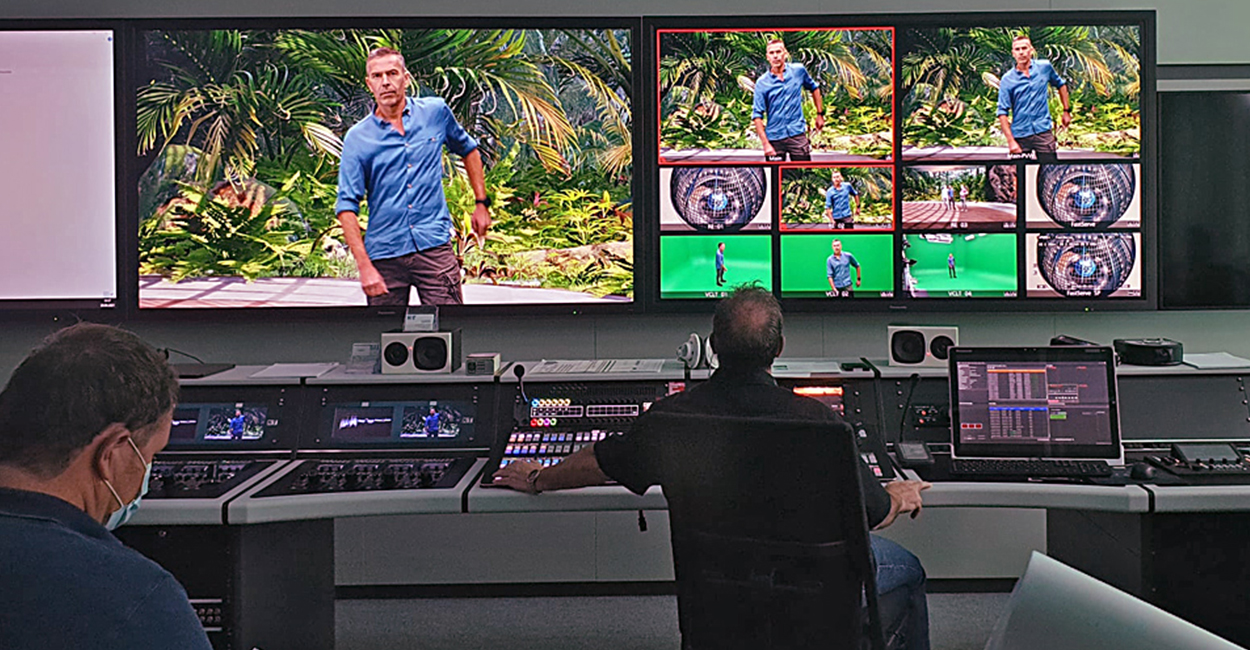 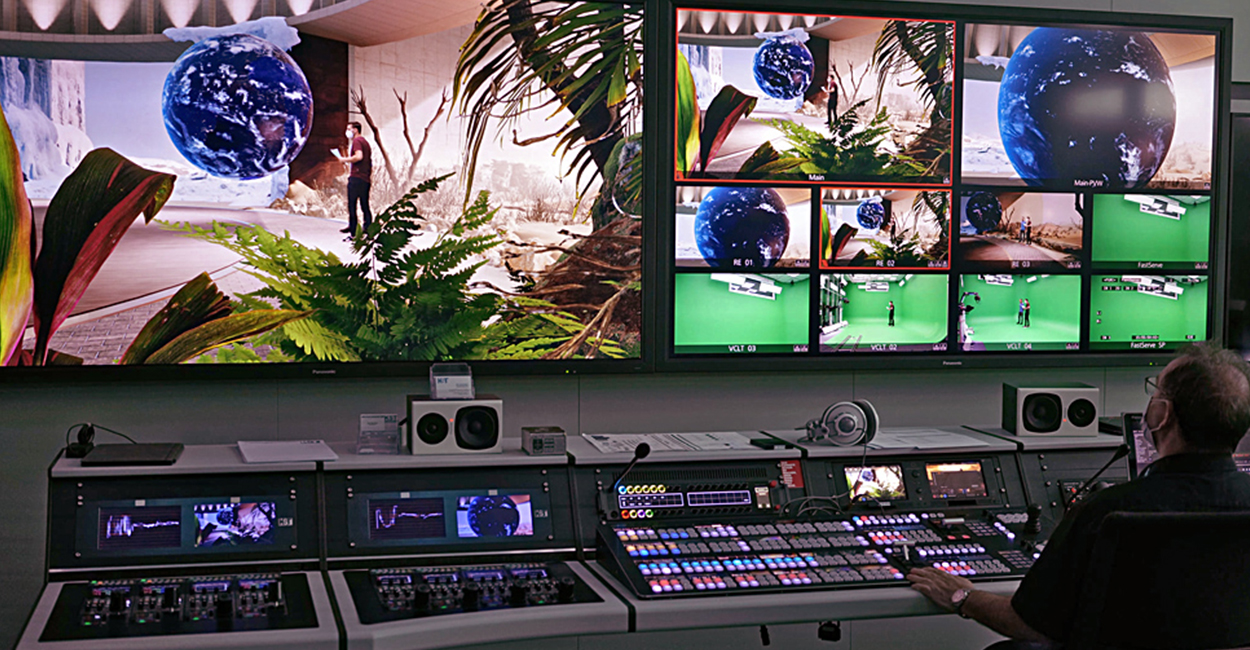 As KST’s research, development and demonstration area, the Innovation Center is not actually intended for carrying out production, explains Axel Moschkau: “First and foremost, we want to introduce our prospects and customers to the virtual production method and show them what workflows and products we offer. Then we work out a customized solution with the customers.”

“We have now built more than twenty complete virtual studios in Germany and have been involved in many. These are sometimes smaller studios, such as at RWE, but also medium-sized systems, such as at IFM, or fully equipped broadcast-ready high-end installations. The number of non-broadcast customers, i.e., industrial customers, is increasing disproportionately. For these customers, media production is not the main purpose of their activities, of course, but they have realized what a powerful communication and visualization tool they have in their hands with a virtual studio.”

An article about IFM’s virtual studio built by KST Moschkau can be found here. This studio also uses CamBot, Reality and Kairos.