dock10: one stop shop for all types of production

dock10 is the UK’s leading and largest television facility where some of the country’s most popular programs are made. Based at the heart of Media City, it has 10 purpose-built studios ranging from fairly small studios (HQ8: 713 sq ft) to very large studios (HQ1: 12,540 sq ft). Equipped for any size and style of show, the studios are used to produce all types of high-end content from children’s programs to sports and entertainment programs. The dock10 team delivers both conventional studio and virtual studio productions for thousands of hours long every year. 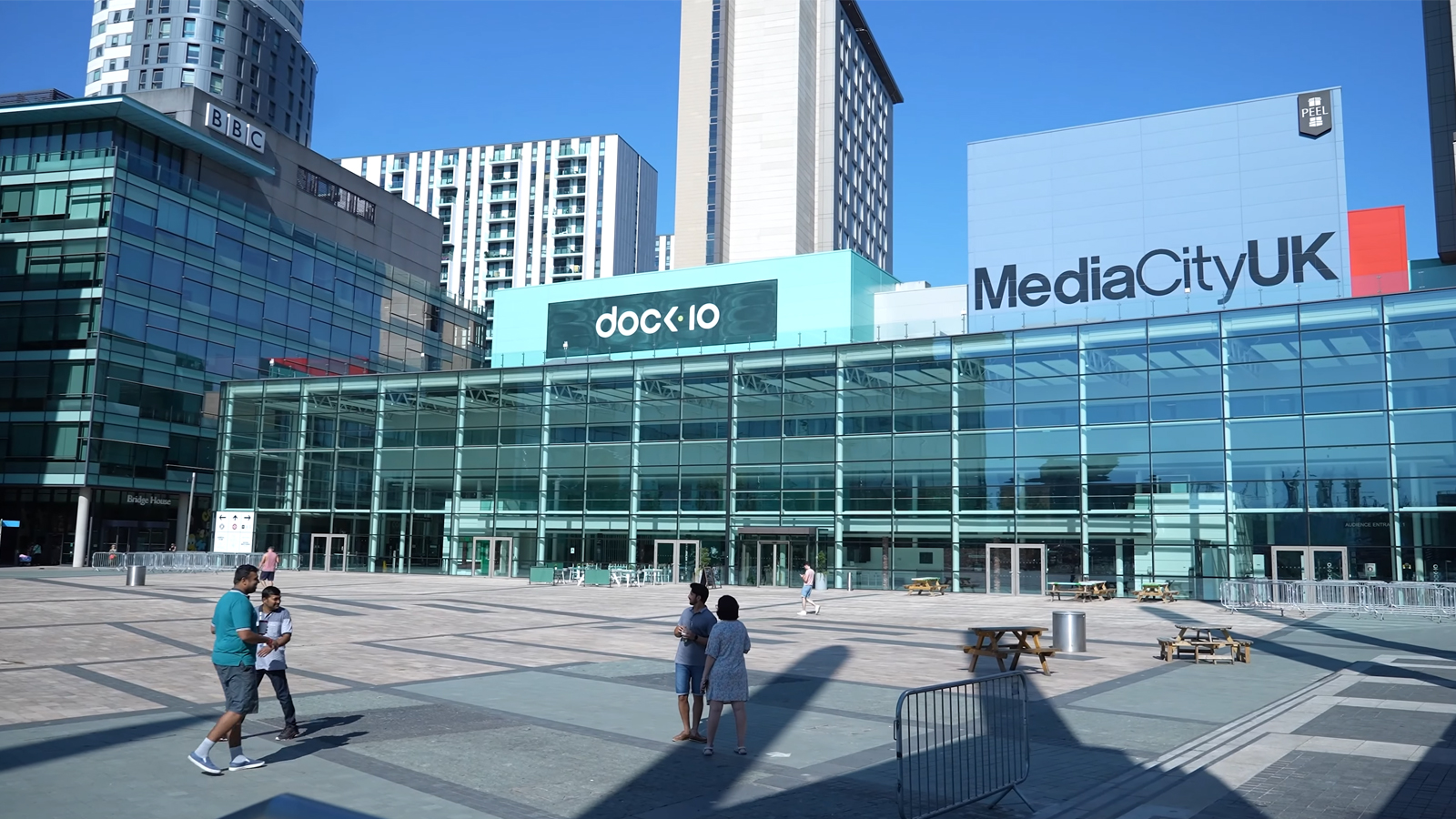 “We started out with 5 channels [one Reality Engine + one Mo-Sys StarTracker]; we’ve now got 15 channels. Without Zero Density and without the flexibility that virtual studio production offers, I don’t know whether we would be where we are at this point.” says Richard Wormwell, Head of Production Innovation at dock10.

The genesis of the profound partnership

“We were looking for new technology which we can impress our clients with. We saw the Zero Density stand and thought “Yeah, that’s it. That’s what we need to do” describes Andy Waters, Head of Studios at dock10.

The dock10 team’s path crossed with the Zero Density team at the IBC Show 2018. As the pioneer of the industry, Zero Density was the first to adopt Unreal Engine as the 3D renderer for broadcasting, which was a significant reason why dock10 chose Zero Density on its mission to elevate the future of TV by providing state-of-the-art virtual studio technology.

Flexibility to transform any studio to virtual overnight

dock10 has a modular system when it comes to setting up its studios. Any of their physical studios can be transformed into a virtual studio within 24 hours, and vice versa, by dock10’s turnaround team. They use a green curtain complemented by some wedged pieces and floor pieces as cyclorama and set up a green screen production studio with enough room for modifications. As all their sidetracks run at the same height, they can deploy this system from one studio to another. Thus, they can deliver a conventional studio or virtual studio production from any of the 10 studios. Each studio is equipped with the camera tracking technology by Mo-Sys and Zero Density’s Reality suite specifically engineered for virtual studios. 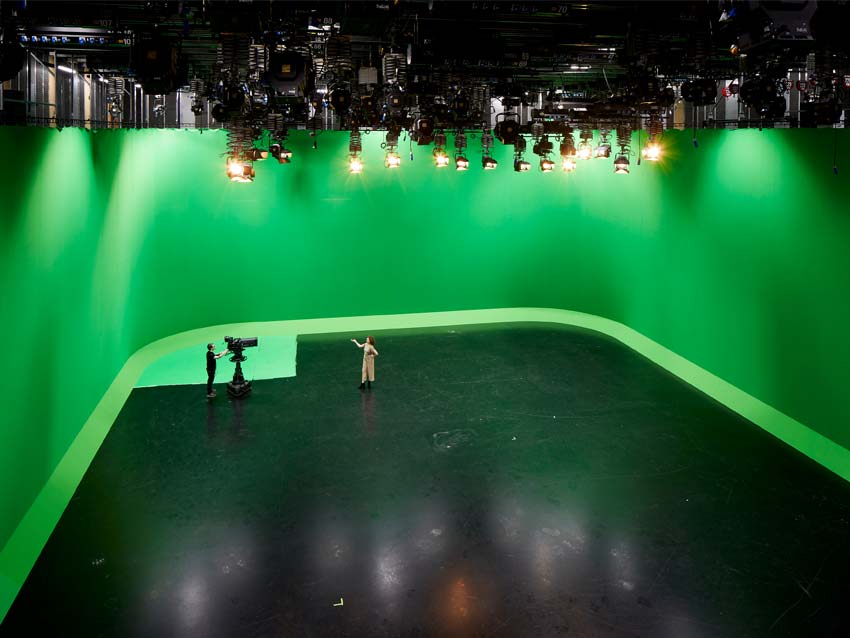 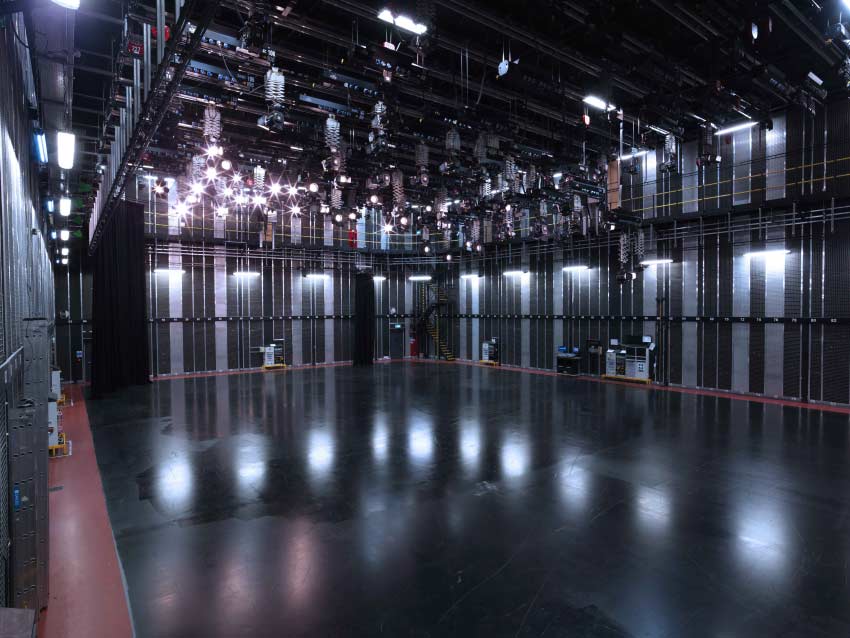 The challenge of this modular cyc system would be keying different shades of green: a non-uniform green. Here, the superior features of Reality Keyer come into play. The world’s first and only real-time image-based keyer allows to individually capture all shades of green in the clean plate. The result is the best keying quality in the industry.

“The control and the flexibility that Reality Keyer offers is far better than anything else we saw on the market.” states Richard Wormwell.

Translate the vision of clients into Reality

Thanks to the Zero Density technology, dock10 has got an industry-leading 4K UHD-ready virtual studio capability that enables to meet the most diverse and demanding requirements of clients. Allowing to blend physical and virtual sets seamlessly and adding live data or immersive augmented reality graphics in real time, the next-generation Reality suite provides a very powerful creative toolset for delivering massive on-screen value beyond the traditional green screen by translating the visions of clients into the most photorealistic visuals.

“Where we use Zero Density as a product, we’re going to our clients and they’re starting to look to use it in other ways. And they want to expand what we can do with a virtual studio.” says Andy Waters. 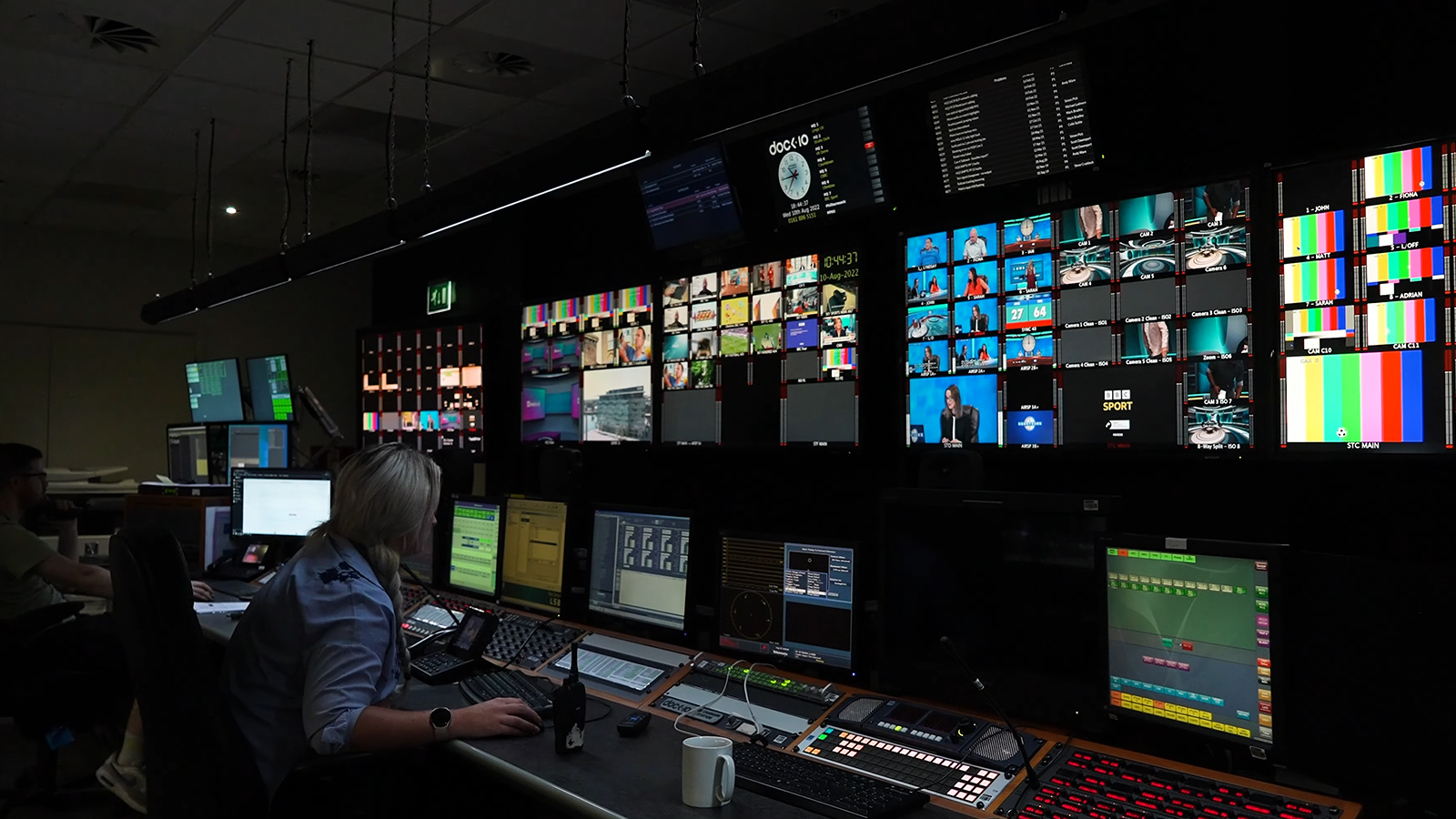 The real-time 3D renderer and compositor Reality Engine enables to produce the most photorealistic output possible in the industry. With its ray-tracing, cinematic-quality rendering capability is brought to live production for real-time on-air graphics and virtual sets. Reflections, soft shadows, area lights and other signs of light travelling around creates a result that is superior in realism. Due to real-time rendering, they can see how each shot will look as it happens either live in the studio or via secure remote viewing. As this capability is offered across all 10 of dock10’s studios, clients have the flexibility to choose the perfect-sized space with the ability to create much more innovative and content-rich sets for any type of production.

“We try to push the boundaries of what’s possible with Zero Density, which gives us the variety that we need to provide for our clients.” adds Andy Elliott, Lead Virtual Studio Developer at dock10. 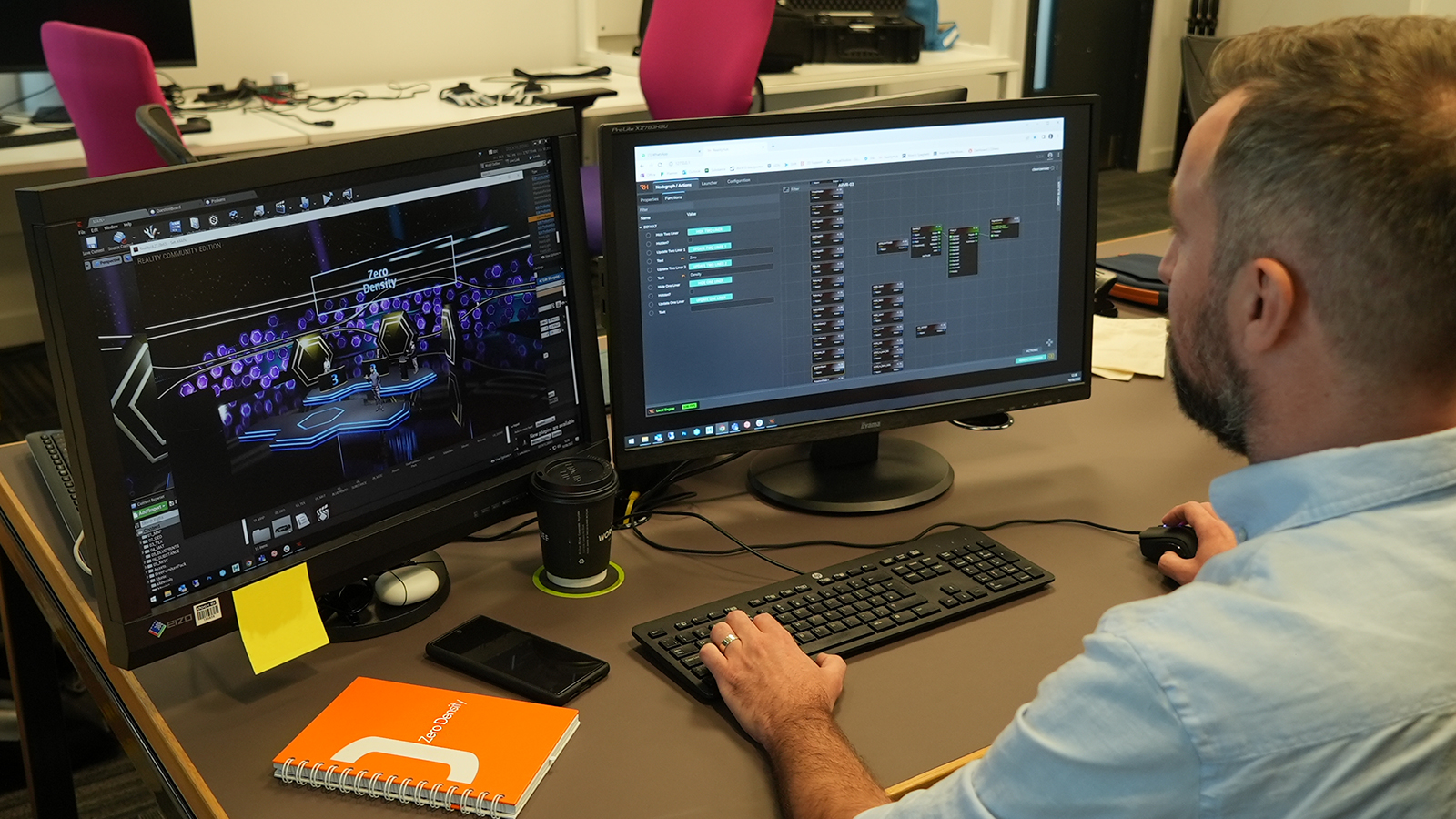 One RealityHub to control them all

dock10 can run real-time data into 3D graphics thanks to RealityHub’s API integration. Recently, they have applied this for an esports project and a game show. The game show had a Q&A database which they drove graphics live in the show from. For the esports project, they took data directly out of a video game and drove real-time 3D AR objects in the set. 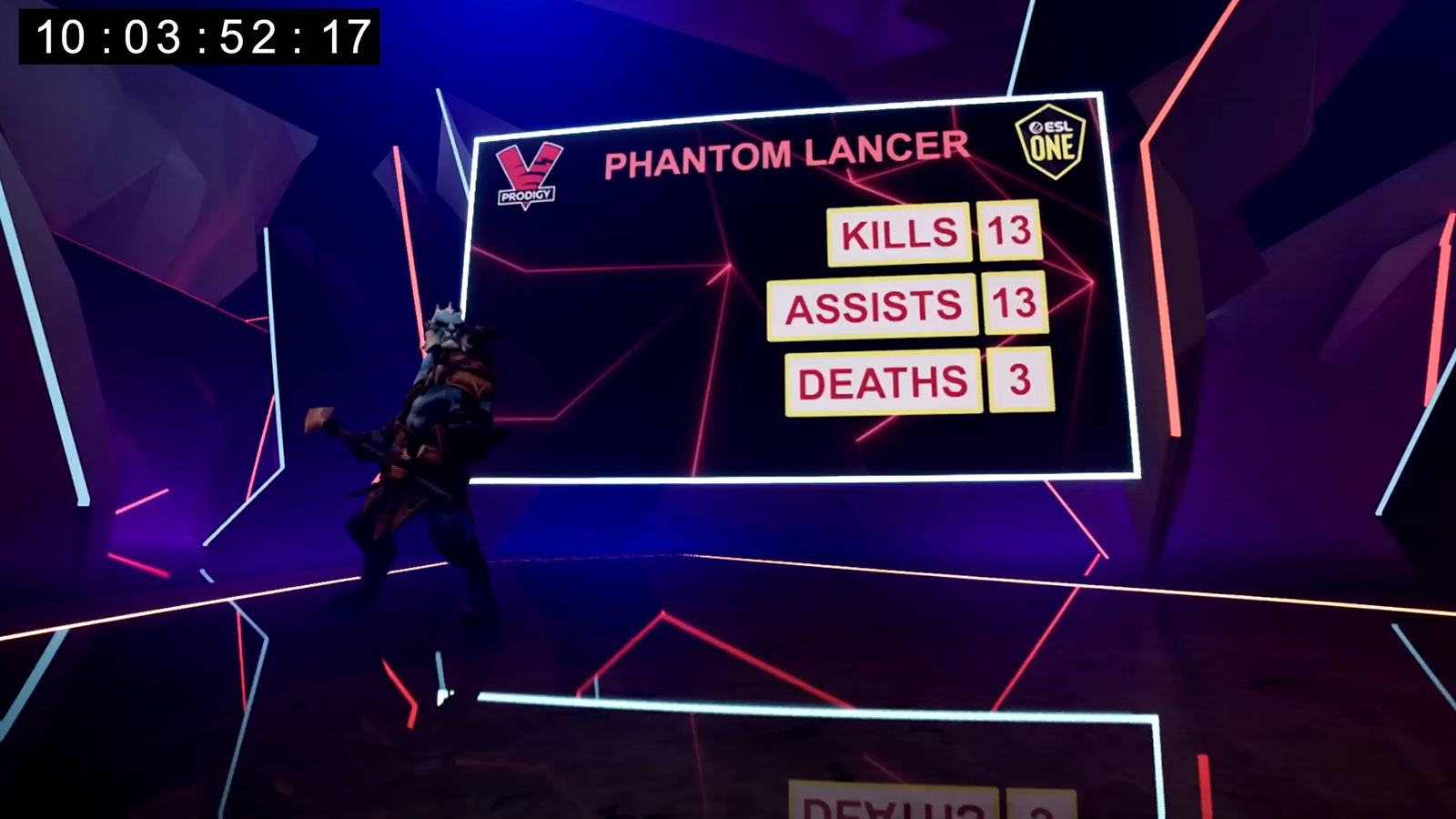 “One of the major bonuses that RealityHub gives us is the ability to take in third party code. A third-party client may come to us with their own piece of software for controlling various elements of game shows such as Q&A or lighting through DMX. And we find it very easy to write some code to plug that into RealityHub and it works through seamlessly.” says Andy Elliott.

Through Zero Density’s API, dock10 is also keen to bring in other best-in-class products and applications to work for motion capture, lighting though DMX, virtual camera tracking and more to deliver at the high-end. 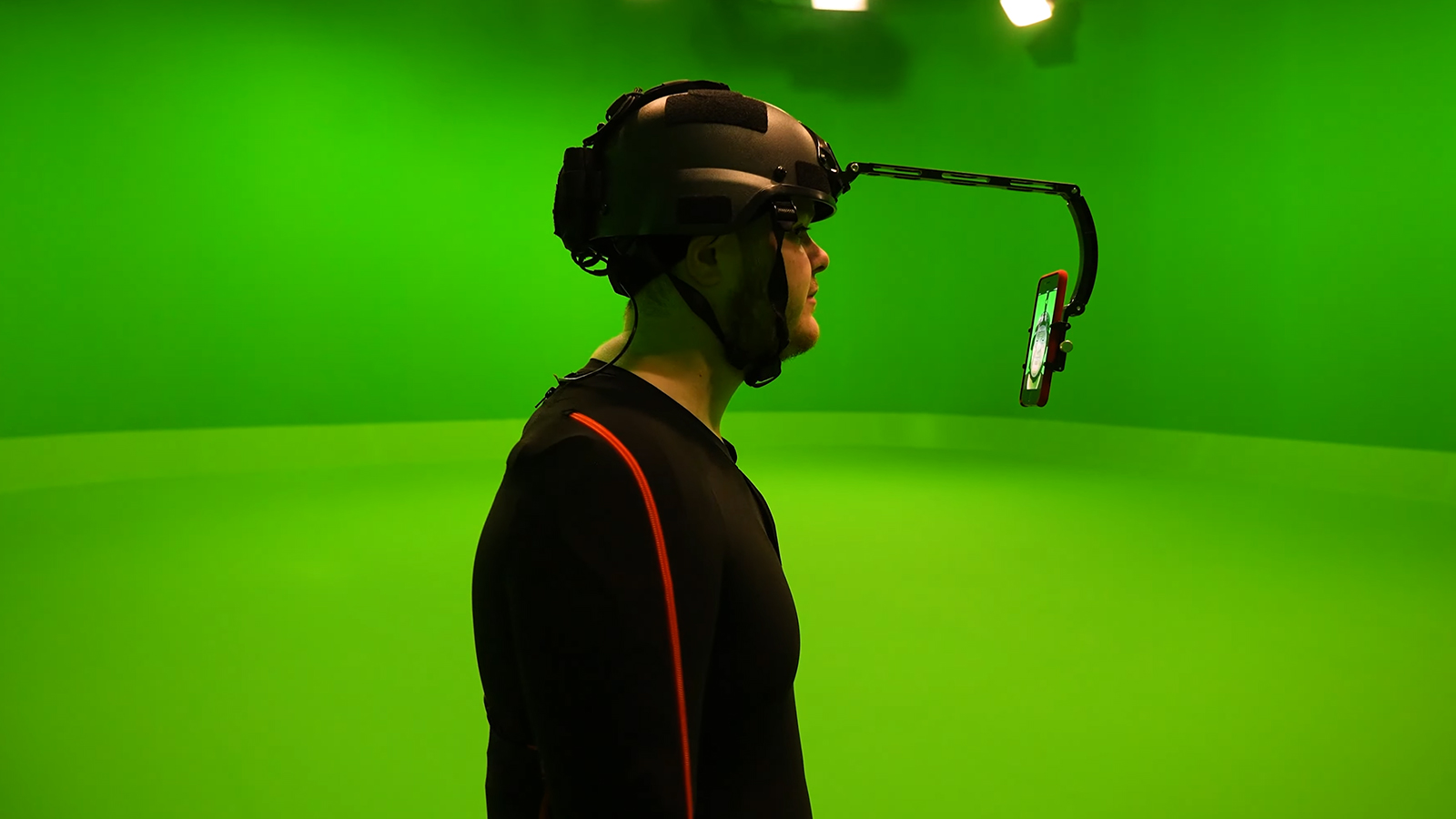 Not limited by the physical space: Flycam

In its world-class facilities, the dock10 team removes the limits of the physical space of the set by using Flycam. Even in a very small studio where jib movements and pad movements are limited, Flycam allows them to detach the camera away from the physical camera and show much wider shots. While pulling the camera out, they also dynamically mask the other cameras, so that other cameras do not show on the screen.

A reflection onto the future

“One of the things we’re very excited about the Zero Density products and virtual studios is beyond the UK … We want to see on a global audience, who else we can attract to our studios. Because we’ve become experts at using Zero Density that we believe there’re other clients out there outside of the UK to come in and use this facility, tap into our expertise to try and create extraordinary content.” remarks Andy Waters.

Having deployed a modular system enabling the swift transformation of any of their conventional studios into a virtual one, dock10 studios are equipped with the next generation Reality tools, producing all types of content.