We are proud to announce that Zero Density has been honored with the 2022 Deloitte Technology Fast 50 Award, ranking among the fastest-growing technology companies in Turkey.

The Deloitte Technology Fast 50 is one of the Turkey’s foremost technology award programs, celebrating innovation and entrepreneurship. Now in its seventeenth successful year, it is a ranking of the country’s 50 fastest growing technology companies, driven by leading intellectual property and based on revenue growth over the last three years. In 2020, Zero Density was awarded 2nd place, with a growth rate of 3,404%. This year, Zero Density has made it to the esteemed ranking for the second time by means of its game-changing real-time graphics technologies.

“We’re excited to – once again – be named among Deloitte’s tech champions. It’s a true testament to the brilliant work of all our team members around the world. They have been instrumental in the development and success of Zero Density over the years,” says Ulaş Kaçmaz, VP of Sales and Marketing at Zero Density. “We’ve gone from strength to strength in 2022. With the Deloitte Fast 50 Award, we’re ending this successful year on a whole new high.”

We thank Deloitte for this great recognition and extend our congratulations to all other winners. 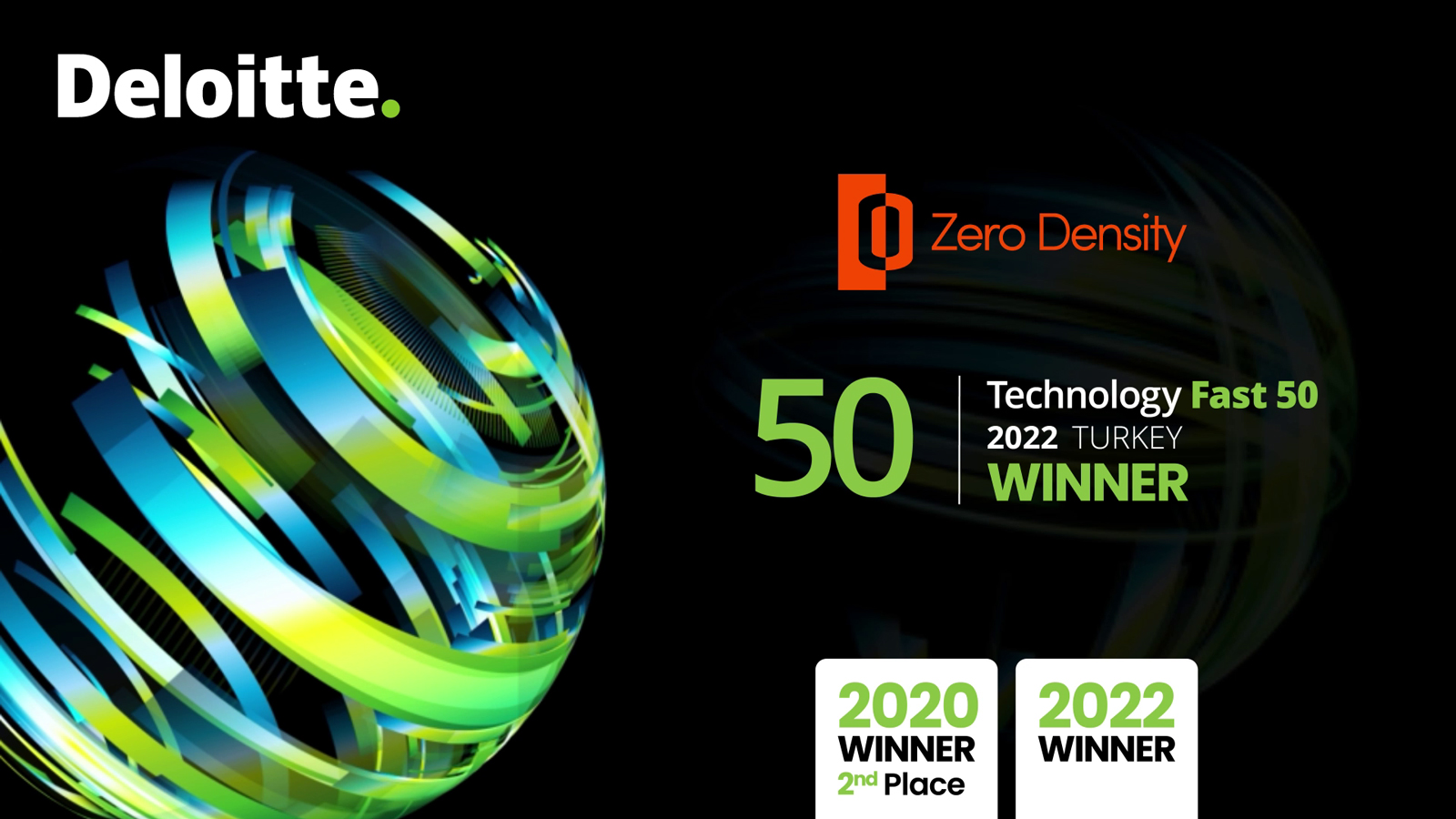