We are thrilled to invite you to a unique event exclusive to television, video production, film, theater, esports and entertainment professionals: a live demonstration by Zero Density engineers and technical artists on the Reality ecosystem that combines real-time production with cutting-edge technology.

For the first time in Romania, an exclusive presentation will take place on Zero Density’s advanced virtual studio, augmented reality, and real-time broadcast graphics technologies. Industry-leading Reality suite software and hardware products such as TRAXIS talentS and RE AMPERE will be presented in a fully functional setup.

A hands-on live demo of the Zero Density products and workflow for TV studios will also be presented. It’s a unique opportunity to understand first-hand how the Reality software ecosystem and ZD hardware work and help you bring amazing projects to life.

Let the team know that you are interested in participating in the Zero Density Open Day in Bucharest until February 7, 2022, by e-mail or by mobile – hello@virtualproduction.ro / 0740 319 640 – and 4K Solutions will contact you to schedule an appointment. 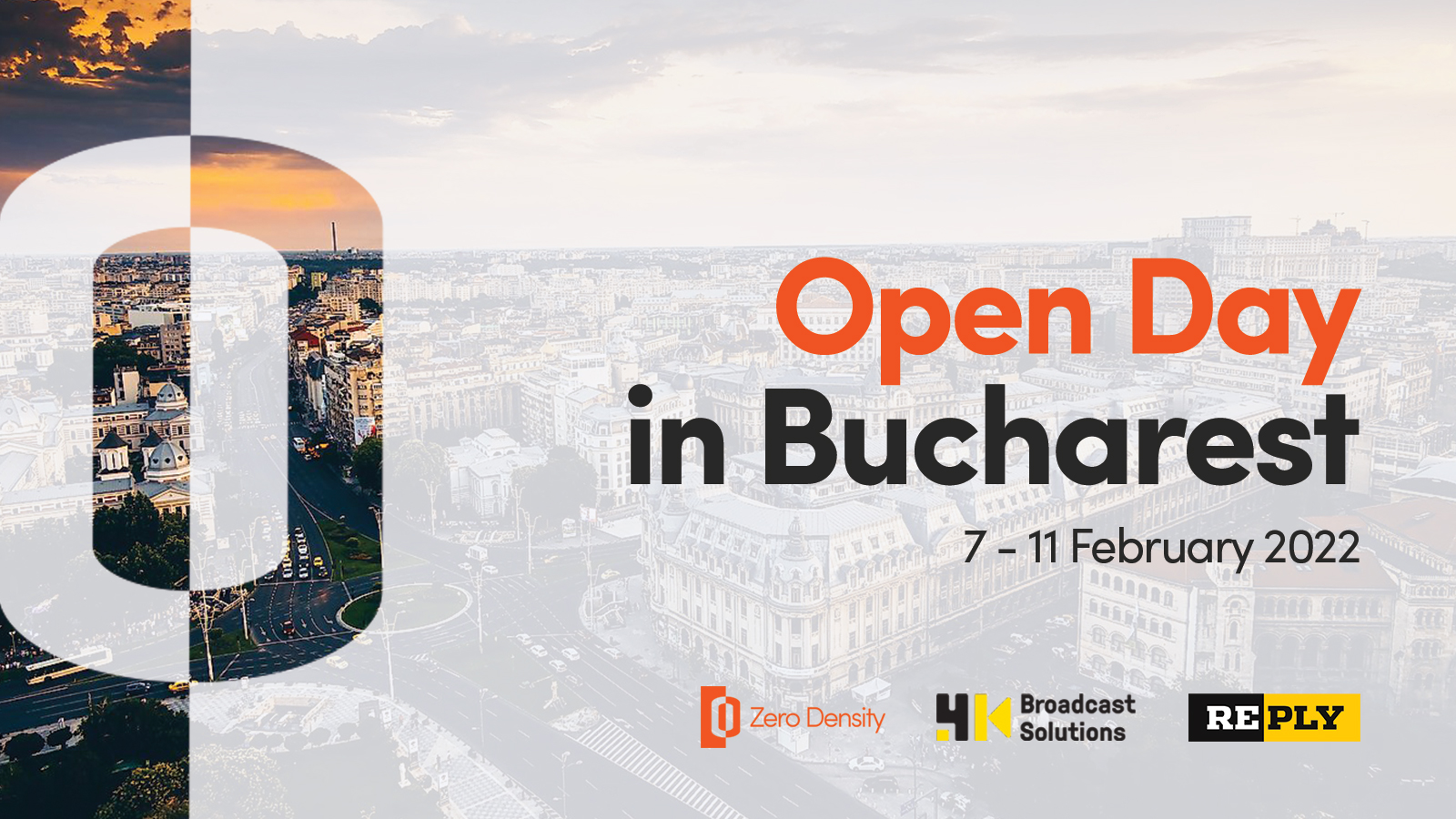