*  This article is originally published by HP as a Case Study

Zero Density offers real-time production by deploying Unreal Engine by Epic Games as a 3D renderer, to create immersive experiences for audiences around the world in a virtual studio setting. Targeting broadcast, live events, augmented reality and e-sports industries, the company works with recognized giants such as the Weather Channel, Fox Sports, Epic Games, and RTL Group. As Zero Density continued to advance in the virtual studio production realm, it needed a reliable OEM partner to ensure its cutting-edge technology performed optimally for its customers. It turned to HP to maximize productivity from its applications and deliver outstanding performance. 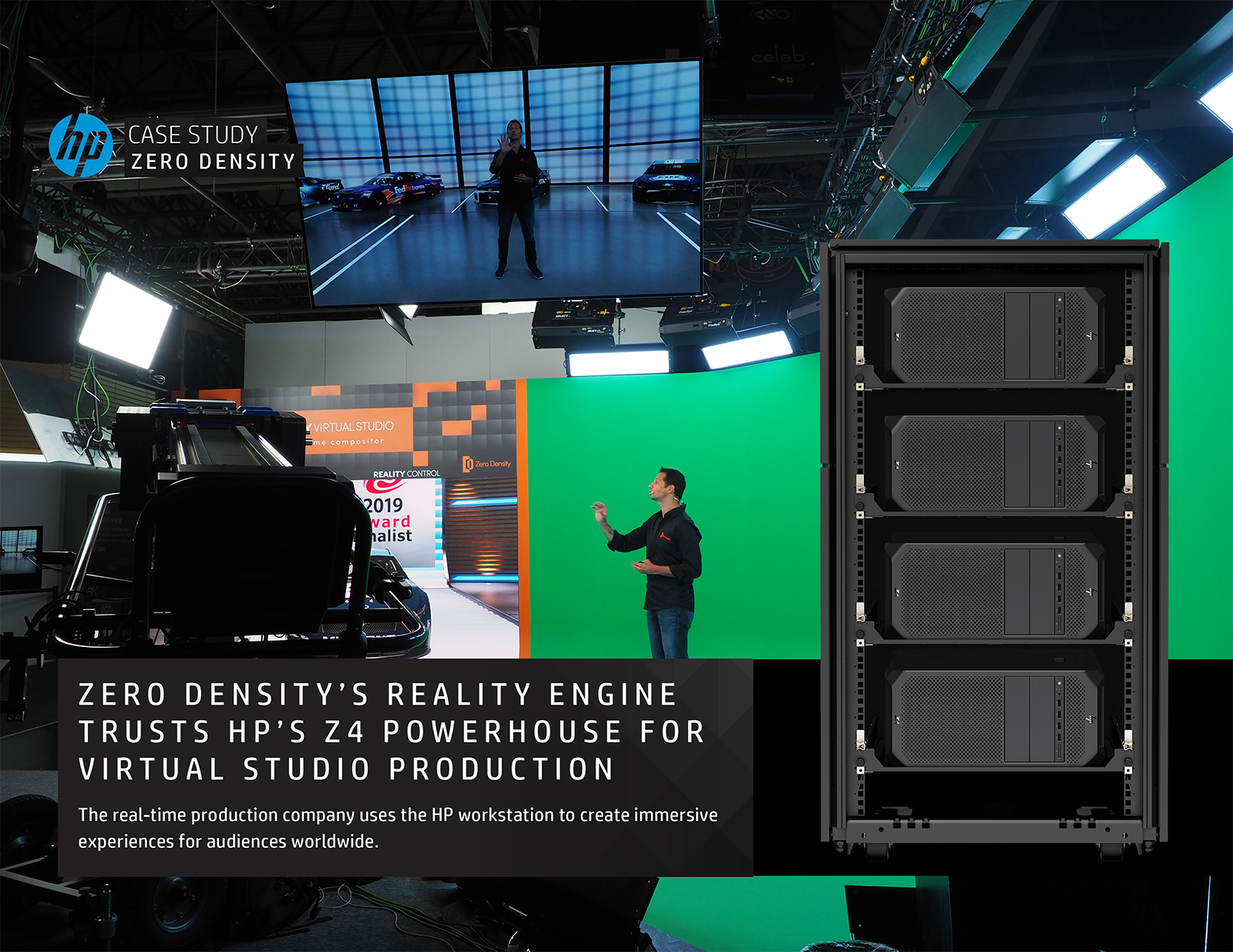 Based in Turkey, Zero Density offers the next level of virtual production with real time visual effects. With its Reality product line, Zero Density provides advanced real-time compositing tools and its proprietary keying technology to customers spanning 33 countries. “What we brought to the industry in 2016 is the use of game engines to add the ultimate photo realism that you can get from a virtual set,” says Kuban Altan, Vice President Research and Development at Zero Density. “Before, it [a virtual set] was just the cheap option for budget constrained channels. Now, it’s something you want to have because its creativity is unmatched.” Zero Density’s Reality Engine™ gives creators of visual experiences the ability to stream or broadcast in real-time, combining visual effects, keying, compositing, and rendering in a 3D environment on a single machine. Older virtual set technology and other providers in the market today use a 2D layered system—with talent and graphics in front of a flat background, which limits the ability to move the camera. “We put the talent into a 3D space, and we tell the engine where the talent is inside this virtual world,” Altan says. “It creates shadows, refractions and reflections as it would be in the real world. They are all there to add the extra realism.” Zero Density’s Reality Keyer™ makes that happen. The image-based keyer helps creators enable hybrid virtual studio operations, combining virtual and real environments, in addition to a host of other capabilities. “Image-based keyers are widely familiar with the post-production community,” Altan says. “Our image-based keyer stands as the only one working in real-time.”

Given all the processing is done in real time, and to ensure its software performed at its best, Zero Density required hardware that matched its specifications for a powerful Graphics Processing Unit. After all OEM options were considered, the HP Z4 G4 workstation emerged as the obvious choice.

“HP’s Z4 was a perfect technical match for our product line. The HP Brand is a recognized authority worldwice as a PC manufacturer that promises and delivers reliability. HP also communicates very well with partners to collaborate and further optimize solutions.” 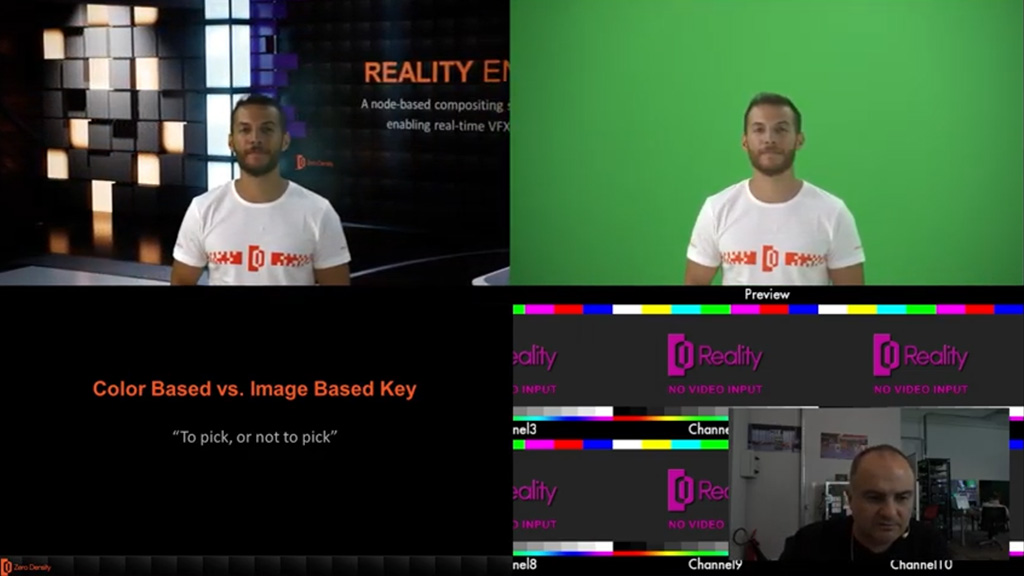 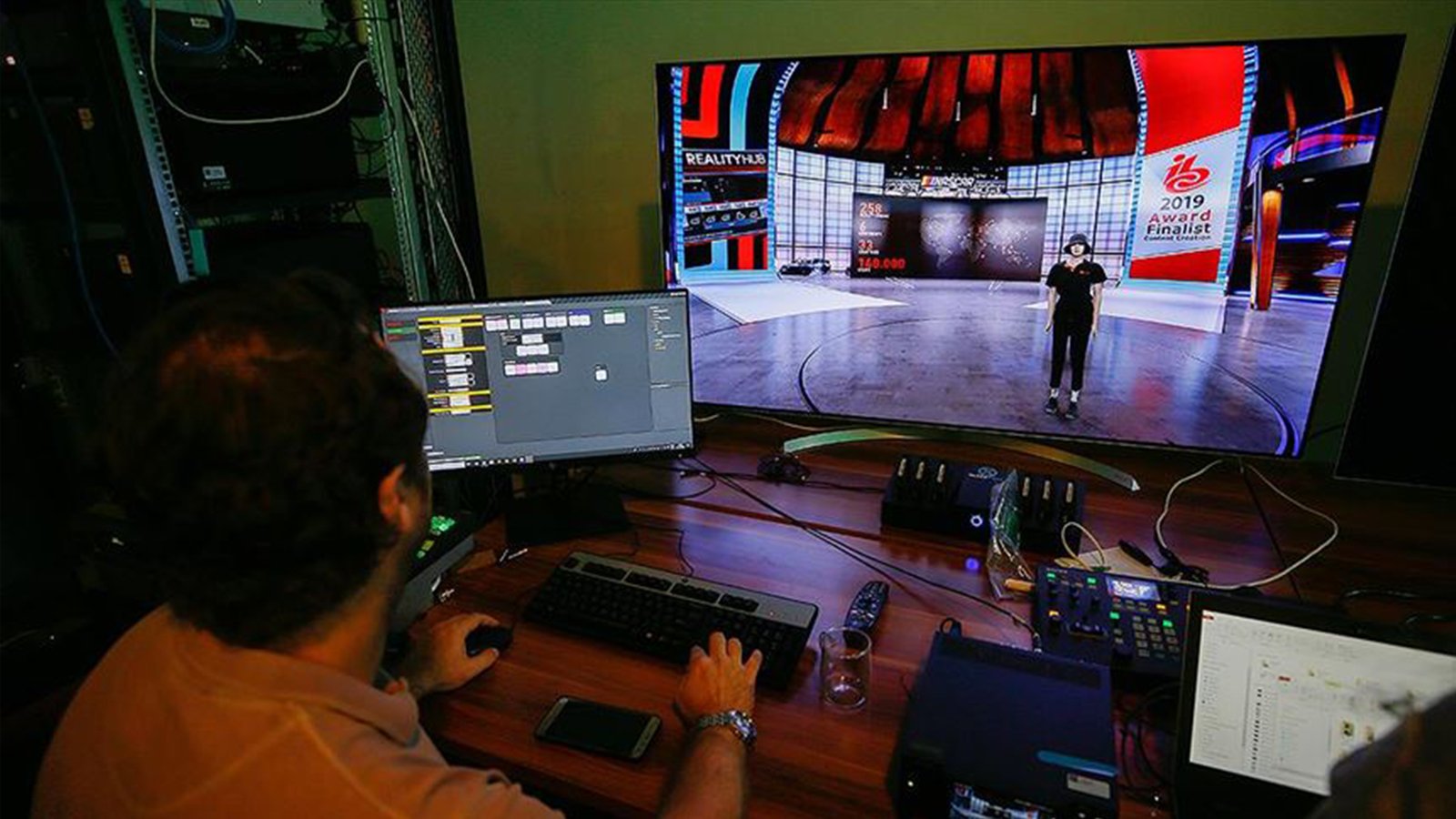 “HP’s Z4 was a perfect technical match for our product line,” Altan says. “The HP brand is a recognized authority worldwide as a PC manufacturer that promises and delivers reliability. HP also communicates very well with partners to collaborate and further optimize solutions.” Zero Density decided to certify the HP Z4 G4 workstation as its hardware of choice for all applications. It’s recommended configuration: the NVIDIA Quadro RTX 6000 as the GPU for high performance. Other professional GPUs including Quadro GV100, P6000, and RTX 8000 are also certified. “Certification of hardware is critical for Zero Density workflows,” Altan says. “We guarantee that our product works best with the hardware and stand behind that. Also, if a user faces a problem, we can replicate the exact circumstances at our headquarters and solve their case faster.” Zero Density guides users with detailed documentation, assisting with installation and configuration of hardware components on the HP Z4 G4 workstation.

It reminds its customers that the Zero Density research and development team works hard to test the product with the best available settings to enable optimum performance and stability. “We comfortably recommend this to our clients,” Altan says. “Because you cannot just sell this software and tell them they can use it on any machine. If performance is bad, it reflects deeply on us.” HP’s global presence and high product availability was important to Zero Density as it considered certification. “HP has vast channels of partners and vendors everywhere that can provide our users with the product and support if needed,” Altan says. “As a global company with users in 38 countries, we consider product availability as one of the important factors.” More often than not, Zero Density’s new customers choose the certified hardware. The company has two types of potential customers: one that is set up with a virtual production studio and one that is new to the game. Ninety percent of those who are establishing the next generation in a virtual studio setting use the Zero Density certified HP Z4 G4 workstation. Roughly 15 percent of customers who have an existing set convert to the certified hardware.

Customer at a Glance

HP collaborates with Zero Density at trade shows, such as the International Broadcasting Convention in Amsterdam and the National Association of Broadcasters’ annual event in Las Vegas. It offers support with demonstrations at Zero Density’s booths by providing workstations. In the past, HP and Zero Density shared a booth at SIGGRAPH, the world’s largest conference on computer graphics. “It marked the first Ultra-High-Definition virtual studio production with Unreal Engine,” Altan says. For technologies like those developed by Zero Density, the COVID-19 pandemic has opened up new opportunities. Shooting and broadcasting in a virtual setting helps mitigate risk and reduce costs for the film and broadcast industries as they learn to cope with a new reality. “With the pandemic, the virtual studio industry has taken a big leap,” Altan says. “We have a lot of potential clients who come to us asking ‘OK, how do I do this? From A-Z, tell me what to do,’” Altan says. “For that type of client, you have to work through your trusted vendors. That is something we feel very comfortable with, having HP by our side.”

“HP has vast channels of partners and vendors everywhere that can provide our users with the product and support if needed. As a global company with users in 38 countries, we consider product availability as one the important factors.”